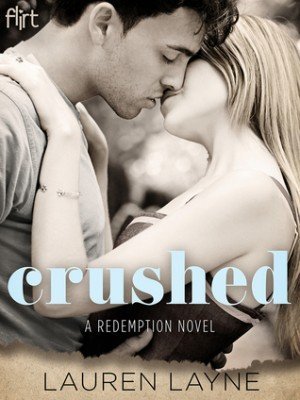 Synopsis
Lauren Layne’s latest novel about the healing power of redemption tells the story of a crush gone wickedly wrong, proving that what you want isn’t always what you need.

Growing up in New York, Michael St. Claire never expected to spend his twenties wearing cowboy boots. But that was before he learned about his real father, a total stranger with a family in Cedar Grove, Texas. Once in the Lone Star State, Michael meets Kristin Bellamy, who is exquisitely refined and everything Michael always thought he wanted in a woman. The only problem is that Kristin is dating Michael’s new half brother, Devon.

Kristin’s mouthy, curvy sister Chloe has always been in love with Devon Patterson. So when Michael offers to help Chloe break up Devon and Kristin, Chloe agrees to a deal that seems too good to be true. Before long, Chloe finally gets her man, only to make a startling discovery: She no longer wants the guy she had to fight for—she wants the one who stood by her side.

After all he and Chloe have been through, Michael swears he’s damaged goods. Can Chloe convince him that love is worth the risk?

My Review
I loved this story, but I feel like I need to address the really big elephant in the room. Who is the girl on the cover? She’s not Chloe. A primary thread in the story is Chloe’s big crazy, dark curly hair. Not long, straight and blonde. I mean, the hair is almost a character in an of itself. I’m not one to judge a book by it’s cover, but every time I look at it, I ask myself, “Were there no curly, dark-haired models available?”

Now that I’m done ranting, I want to rave about how much I loved the story of Chloe and Michael. Author, Lauren Layne, sucked me into the story in the first chapter, which isn’t something that normally happens for me with romances. It usually takes me a few chapters to care enough about the characters to be invested in their love lives. But Michael was a familiar character, even if only superficially so. He was the boy with the broken heart from Broken. The one Olivia cheated on Ethan with before fleeing to Maine.

Chloe was instantly likable with her snarky wit and can’t-give-a-shit attitude. The fact that she calls Michael, Beefcake, instantly won her my admiration. And even though I knew this was the story of Chloe and Michael and not Chloe and Devon, the boy she’s been crushing on since she was eight, there was a part of me that loved that relationship as well. Sure Devon is her sister’s boyfriend, but the long-standing friendship was so fully-developed, I could sense the chemistry between them as well.

World Building
The world building is subtle. Set in a small suburb of Dallas, it could really be anywhere in the United States. What world building there is centers on the lifestyle of the pampered country club set with private tennis lessons and personal trainers.

Plot
The plot centers around the relationship between Michael and Chloe. Chloe is not-so-secretly in love with her sister’s boyfriend, Devon, and Michael has is sights set on the sister, Kristin, who reminds him an awful lot of his ex, Olivia. Michael and Chloe end up spending time together, becoming friends, and both try to ignore the fact that they’re developing feelings for the other, because, well, Devon and Kristin. But as happens in romances, they can only deny their feelings for so long.

What sets this apart from other romances is the dynamic between Chloe and Michael. She’s bubbly and vivacious, everything he claims to hate in a girl, and he’s brooding and morose, something bubbly and vivacious girls usually steer clear of. But there’s more to Michael than meets the eye and Chloe sees more in him than he sees in himself. And Chloe doesn’t make a habit of taking no for an answer. Except when it comes to Devon. The only complaint I really have is a scene near the end. I didn’t feel it was necessary and in my mind, didn’t add to the plot. I would have loved for Michael to reach the conclusions he did without that push.

Characters
I love the characters. They are what made this story really work for me. I mean, I absolutely adored Chloe. She is unlike any other female lead I can remember, and I already miss her. Michael is believable as the heartbroken guy who never wants to get hurt again, keeping everyone at arms’ length. Kristin is a bit of a stereotype, but I was glad to see some growth in her. Both Chloe and Michael have good growth as well, that’s both organic and believable.

Writing
The writing is solid, and Lauren Layne has an excellent voice. Her witty dialogue and playful banter contribute to the light-hearted feel of the story. She does a good job of doling out backstory at the right pace. Although we knew some of Michael’s story coming into Crushed, the rest was new and was revealed at just the right time.

Ending
Other than the above-mentioned scene that I didn’t think was necessary, the ending was satisfying. And while I was holding out hope for a Kristin story in the future, it sounds like that may not happen now, but I still love how the author wrapped up her arc.

Top Five Things I Loved About Crushed
1. Chloe’s Hair. Let’s face it, the it was all about the hair.

4. Patriotic Bikinis. The fact that the Bellamy’s actually had a tradition of wearing star-spangled swimsuits was a riot.

5. Real Women. I think my favorite part about Chloe is that she’s not skinny. She gets into shape, but for health reasons and she is still curvy and soft, the way real women are.

Bottom Line
Crushed is a fun, playful new adult romance with plenty of heat for a book with very little sex. The chemistry between the two characters is among the best I’ve read in the genre. 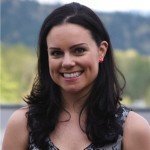 About the Author
Lauren Layne is a snarky smartass with a serious weakness for happily ever afters. Marrying her high school sweetheart was a good start. *cue Disney soundtrack.* But Lauren wanted all romance, all the time.

Now she writes fictional happy endings, and considers her job done well if you swoon while reading her books.

Don’t worry. You will.

Once upon a time she lived in a Manhattan high-rise, but now she’s on the laid-back train in the Seattle area. If you ever find yourself in Issaquah, she’ll probably buy you a drink. Maybe.