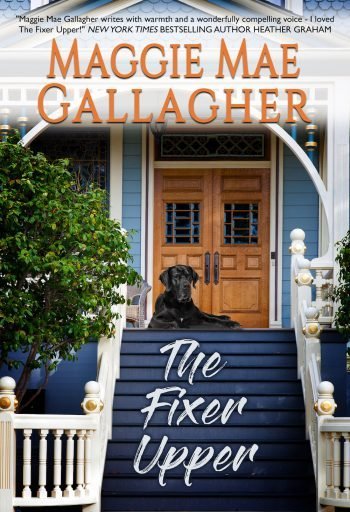 Synopsis
Abby Callier is more in love with Shakespearean heroes than any real man, and she’s beginning to wonder if there is life for her outside the pages of a book. It doesn’t help that her esteemed parents tend to view her as they would one of their science experiments gone wrong. On the eve of finishing her dissertation, she escapes her staid existence to live in the house she inherited from her Great Aunt Evie in the small town of Echo Springs, Colorado. Because, let’s face it, when a woman starts comparing her life to horror films, it might be time for a break.

Sheriff Nate Barnes believes in law and order and carefully building the life you want. In his spare time, he has been remodeling his house in the hope that one day it will be filled with the family he makes. But Nate doesn’t like drama or complications and tends to avoid them at all costs. And yet, when Miss Abigail Callier, his newest neighbor, beans him with a nine iron, he can’t help but wonder if she might just be the complication he’s been searching for all along. It doesn’t hurt that he discovers a journal hidden away by the previous tenant and decides to use Old Man Turner’s advice to romance Abby into his life.

Abby never expected her next-door neighbor, the newly dubbed Sheriff Stud Muffin, to be just the distraction her world needed.

The problem is she doesn’t know whether she should make Echo Springs her home, or if this town is just a stopover point in her life’s trajectory. And she doesn’t want to tell Nate that she might not be sticking around—even though she should because it’s the right thing to do, the honest thing—because then all the scintillatingly hot kisses with the Sheriff will come to an abrupt halt. Did she mention that he’s a really great kisser?

My Review
Abby Callier uproots her academic life under academic parents and defies them to write her dissertation on English Literature, instead of something more appropriate, in the small Colorado town outside Denver where her great aunt lived. Tiny Echo Springs is the opposite of everything Abby is used to. She plans on finishing her paper, get her doctorate, and sell her aunt’s house. That’s the plan anyway. But things seldom go according to plan. For one, her aunt’s victorian home is filled with an army of tiny porcelain dolls that leave Abby uneasy. So uneasy, she leaves them in the living room while she sets up camp upstairs, far away from the creepy things. For another, her aunt’s neighbor is beyond hot and also the town’s sheriff. The more time she spends with the man she calls Sheriff Stud Muffin, the more she questions her current objectives and the less sure she is of what her next step will be. She takes a job at the local community college and meets a colorful cast of characters. It’s easy to see where the next books in the Echo Springs series will take us.

Plot
This is a straight-up romance that follows the typical format of meet-cute followed by all the ups and downs you expect in a contemporary romance. There’s a minor subplot involving a series of break-ins in the small town, but the subplot that really shines is Old Man Turner’s journal that tells a romantic tale that started before World War II between Old Man Turner and Abby’s great aunt. It serves as both a parallel tale as well as backstory.

Characters
This was the one part of the story I’m iffy on. Abby’s ovaries “sigh” at the sight of the studly-muffinesque sheriff. And not just once, there is much ovary sighing throughout. And Nate’s declaration that Abby “isn’t like other women” was too cliche. However, the supporting cast saved the story for me. Nate’s bevy of messed-up buddies and punk community college teacher Tessa and her gorgeous, but militant sister, Cybil, drew me in. In fact, if any of these characters are involved in the second book in the series, I’m there!

2. Tessa. She’s tough, acerbic, and funny. I can’t wait to read her story.

3. Cybil. She’s snark and sour wrapped in a pretty package, and her story is going to be epic.

4. Aunt Evie. The story of her romance with Old Man Turner is heartbreaking and bittersweet.

5. Old Homes. I adore old homes and the descriptions of the two Victorian homes made me want to do a few more renovations around here, much to my husband’s dismay.

Bottom Line
A decent romance with a stellar supporting cast. 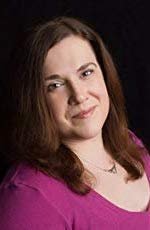