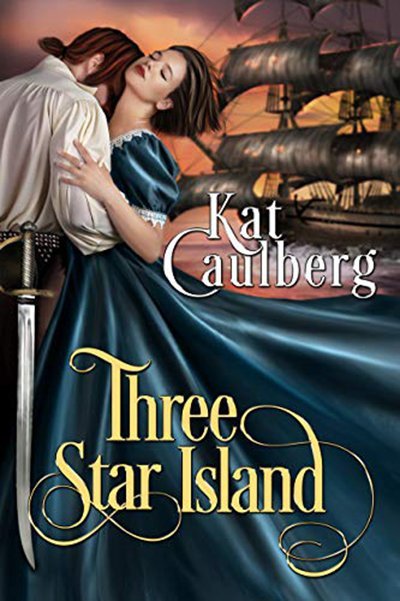 Synopsis
Stepping through a time portal into 1716, historian Penny Saunders didn’t expect to get stranded in the past. Five years later, now a pariah to the townsfolk of Three Star Island, she endures solitude and ridicule until a hurricane tosses a dangerous castaway onto her shores.

William Payne’s history precedes him. Pirate, outlaw, and ruthless captain, he’s a monster among men. . . or so it seems. Desperately seeking redemption for his blood-soaked past, he upends Penny’s world by showing her a passion she’s never experienced.

But time is closing in on them; the governor of the Carolinas has rescinded his pirates’ pardon, the locals are growing suspicious of Penny’s new houseguest, and she can’t keep her secrets from William forever. When everything falls apart, she must use both wits and weapons against lawmen and pirates alike to save the one man who would tear down the world for her.

My Review
If you’re a fan of Diana Gabaldon’s OUTLANDER, you will fall in love with Kat Caulberg’s THREE STAR ISLAND. Set on a small island off the coast of Carolina in the early 18th century, Penny is literally centuries ahead of her time. An historical researcher, she was understandably drawn to a time gate, having traveled too and from this time period before getting stuck in the past for nearly five years. While she waits for the gate to open once more, desperate to return home, she stumbles upon a victim of the recent hurricane and nurses him back to health. She finds him alluring, sexy even, before realizing he’s the subject of much of her research; a pirate with a wicked reputation. But his renown doesn’t fit with the man she’s getting to know and before long, the two are battling an attraction to one another that is ultimately an unwinnable fight for both of them. Always a bit of an oddity around town, Penny sticks to her island as much as possible, but now that Will is by her side, she ventures into town, unleashing a series of events that will seal both of their fates forever.

Plot
Penny is just biding her time until she can return to her own era. After rescuing a man on the beach, she finds herself drawn to him, until she discovers his true identity. With equal parts fear and attraction, Penny gets to know Will for who is beyond the history books. And the more she learns, the more she fears history has done him wrong. But the secrets she’s keeping are as dangerous to her as they are to any budding romance with the dashing pirate. The author tells a compelling tale of love set in Colonial America between a modern day time traveller and a man with attitudes well ahead of his time. There’s danger, steamy romance, and a hefty dose of historical reality that keeps things anything but easy.

Characters
Penny is fantastic as a woman out of time, trying to survive on her wits and anonymity. But a woman alone in the early eighteenth century makes keeping to herself nearly impossible. Will is swoony as they recovering pirate with a sordid past. The rest of the cast rounds out nicely, within the confines of the era they inhabit.

What I Loved About THREE STAR ISLAND
1. The Romance. It’s hot, steamy, burning, but oh so romantic.

2. Time Travel. It’s my favorite sub-genre of all. And while no actual time travel takes place during the book, the fact that she brought a bit of the future to the past with her, adds to the story as well as the world building.

3. History. I’m a fan of historicals, but what I love even more is one that places a modern day hero into a historical setting and watching them navigate this foreign world.

4.Will. He’s no Boy Scout, but he’s got a heart of gold and would do anything for Penny.

5. Penny. She’s fiery and passionate and is anything but a damsel in distress.

Bottom Line
A steamy time-traveling historical romance. Everything I love all bundled in one great story.

About the Book – Read for Free with Kindle Unlimited 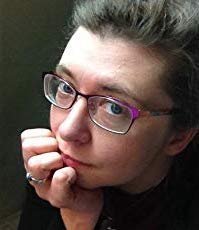 About the Author
For as long as she can remember, Kat Caulberg has been obsessed with history and the paranormal. Somewhat to the dismay of her parents, her interests led her into both museums and graveyards as a child, a trend which has continued into her adulthood. This has influenced her reading tastes and her writing, whether it be a good ghost story, thrilling tales of time-travel, or devouring endless volumes of ancient warfare.

She signed a contract with Soul Mate Publishing in 2018 for her first novel, Three Star Island, a time-travel story set in 1721. She enjoys writing strong, quirky heroines, and has a weakness for cheeky heroes who have as much compassion as they have flaws.

Kat currently lives in North Carolina with her Englishman and a few cats. 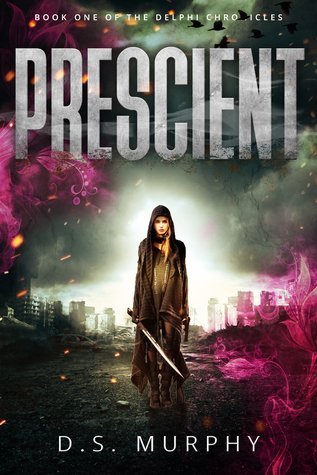 Synopsis
A GENETIC EXPERIMENT. AN APOCALYPTIC VISION. A RACE AGAINST TIME.

You’d think time-travel would be a useful gift, for cheating on tests and winning the lottery–stuff like that. I might have enjoyed my ability…if I hadn’t discovered humanity is on the brink of a genetically-engineered apocalypse.

Bodies rotting in the streets.
Wilderness eating away at my hometown.
Monstrous creatures hunting down the few survivors.

No one can save the world… except me.Because for me, it hasn’t even happened yet.For me, it might never happen.

All I need to do is kill the man who will destroy the world. The father of my high-school crush.

The only problem is, the more time I spend in that dystopian wasteland, the less I want to erase it.To save the future, I’ll need to sacrifice the one person I can’t bear to lose.

Prescient (Prophet of Doom) is a young adult science fiction adventure for fans of the Maze Runner and Divergent. Let yourself be captured by this zombie-infested time travel adventure based on Greek mythology. .

My Review
Young adult time travelling dystopian with a side of romance? Sign me up. This book is every genre I love rolled into one. The premise is fascinating — a teen girl has the ability to travel to the future where she discovers an earth she doesn’t recognize. Something in the very near future brings about devastation of apocalyptic proportions, and Alicia may be the only one who can stop it. While her ability to time travel isn’t fully explained, it has to do with experimental drugs that only affect Alicia in a way that allows her to time jump. At first, she believes she’s dreaming, except it’s far too real and she has lasting physical reminders of her journey. Of course her friends think she’s crazy at first, but soon they’re on board. However, the more time Alicia spends in the future and the people she meets there, she’s less sure disrupting the future and preventing their existence is something she wants to do.

Plot
The story is well-plotted and intriguing. It’s a little slow in a couple of spots early on, but more than makes up for it later. As Alicia navigates her two worlds, more than a few twists are thrown her, and the reader’s, way, adding complexity and intrigue. My only real complaint is that although this is the first book in the series, it just sort of ends. Not on a cliffhanger, but more like in the middle of the story. I kept trying to swipe my Kindle to see if there were more pages, because surely that couldn’t be the end.

Characters
Most of the characters were interesting enough, but this is really a plot-driven story, so they don’t have a lot of depth. I don’t know if that’s all that necessary in this type of book, though. Alicia is well-rounded enough as the protagonist, so I was able to overlook the lack of depth in the supporting characters.

What I Enjoyed About PRESCIENT
1. Premise. Time travel is my favorite genre of all time.

2. Alicia. She’s a strong female lead, and although she’s written by a male, she comes off completely female.

3. Zombies. While they’re not called that, it’s what they are and including them in this dystopian adventure was pure genius.

4. World Building. The author does a decent job of setting up the rules for his world. I look forward to exploring more in the next book in the series.

5. Twists. Loved all the twists and turns. Some I saw coming, but most I didn’t. 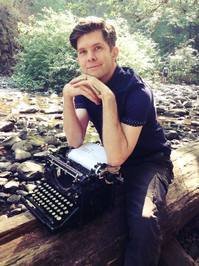 About the Author
I wrote my MA thesis on Harry Potter and my PhD thesis on Paradise Lost. Now I write YA fantasy novels and design book covers. I blog about self-publishing, book design and book marketing on www.creativindie.com and am renting a castle for Nanowrimo 2016. I hope you like my writing!