Author Zoey Ellis is revealing the cover to CLAIMED BY POWER, the first book in her new adult paranormal romance series, Empire of Angels, releasing April 3, 2017. See below for the cover, information on the book, and a link to add it to your Goodreads TBR. 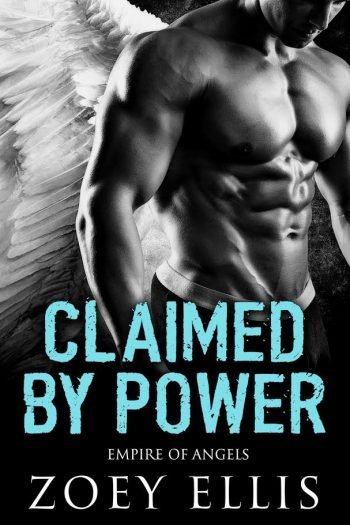 CLAIMED BY POWER (Empire of Angels #1) by Zoey Ellis

Synopsis
Not all angels are angelic…

Thea Robinson has never needed anyone’s charity. Sure, her impoverished existence isn’t desired by most, but her ability to manipulate people’s emotions helps her to blend into the shadows of an unforgiving city. When hideous creatures threaten her life, a surly but gorgeous stranger shows up revealing a world she didn’t know existed. She refuses to put up with his rude, arrogant attitude, but how do you dismiss a warrior angel? And does she really want to when his stormy gaze sends delicious thrills straight to her core?

Cam is one of the most ruthless Power angels in the fight against evil. His devotion to kill demons has made him a celebrated warrior in the Angel Realm, even though his motivation stems from grief. When he is assigned to train and protect a half-angel just coming into her abilities, his rage is unparalleled. Until he realizes Thea isn’t like any others. She stirs a carnal passion in him that he can’t shake. He never counted on her being so beautiful… so fierce… so most definitely his.

Claimed by Power is the first book in the Empire of Angels series, a paranormal alpha angel romance series. If you’re a fan of alpha heroes, powerful heroines, paranormal worlds and falling in love, Zoey Ellis’ riveting, sexy tale is perfect for you.

About the end: Although this book can be read as a standalone, Cam and Thea’s story does continue over the next two books.

Sexual scenes and strong language included. Not suitable for readers under 18. 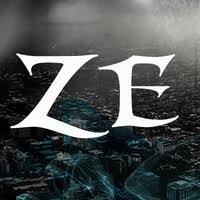 About the Author
Zoey Ellis spends her most of her time thinking up stories that explore how love and romance can be tested by the darker side of our personalities and the heart-wrenching challenges that must be overcome for love to win, even if two people belong together.

A lover of the fantastical, Zoey enjoys how intense and vast the challenges can be for couples in the paranormal romance genre. Her goal is to build a body of work depicting thrilling, fantastical romances between demanding alpha heroes and fiery heroines hoping the love they make will scorch ereaders and melt hearts. With a soft spot for angels, dragons and alpha shifters, Zoey blends her love of a Happy Ever After with strangely unique worlds and complex plots.

If you’re interested in hearing about Zoey’s new releases first, as well as her bonuses and giveaways, sign up to her newsletter..