Author Elodie Nowodazkij is unveiling the cover to SEE ME, SEE ME NOT, the second book in her young adult romantic suspense series, Gavert City, releasing August 29, 2017. See below for the cover, information on the book and series, pre-order links, and details on her giveaway. 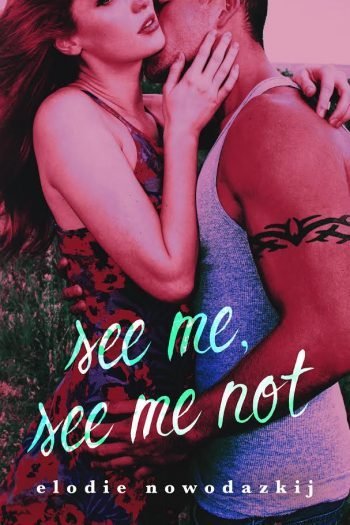 SEE ME, SEE ME NOT (Gavert City #2) Elodie Nowodazkij

Synopsis
The second standalone novel in the YA romantic suspense “Gavert City” series.

SEE ME, Try as they might…
SEE ME NOT, Tessa and Luke can’t escape their pasts.

Six years ago, Tessa Gardner’s sister, Mellie, disappeared. Despite lingering guilt and the never ending desire to find her, seventeen-year-old Tessa works hard to keep it together. Her grades are decent, and thanks to her part-time job, she can help pay her family’s bills. But when her childhood crush, seventeen-year-old Luke Simon, rolls back into her small Texan town, he threatens to topple the delicate balance she created. She’s drawn to him—and the way he makes her smile. He’s the only one who seems to understand her, but he’s got a dark past of his own. Even the fake psychics who swear Mellie is still alive tell Tessa that Luke will cause her pain.

Luke Simon knows a thing or two about guilt. He moved in with his uncle to escape his past, but memories threaten to eat him alive. He does what he can to keep his anger in check—quieting his thoughts by making out with one meaningless girl after the next. Tessa, and her long legs and her hard-earned smiles and her kindness is the only girl who’s ever mattered. She’s the one untainted memory he has from his childhood and he could talk to her for hours. He could do anything with her for hours. But the truth about his past might send her running. Or worse.

While Tessa and Luke try their hardest to live in the present, their pasts lurk in the shadows, more intertwined than they could imagine. When the bodies of the fake psychics are found, Tessa realizes that the truth about what happened to Mellie is right around the corner—and it may be too late to save her sister—and herself.. 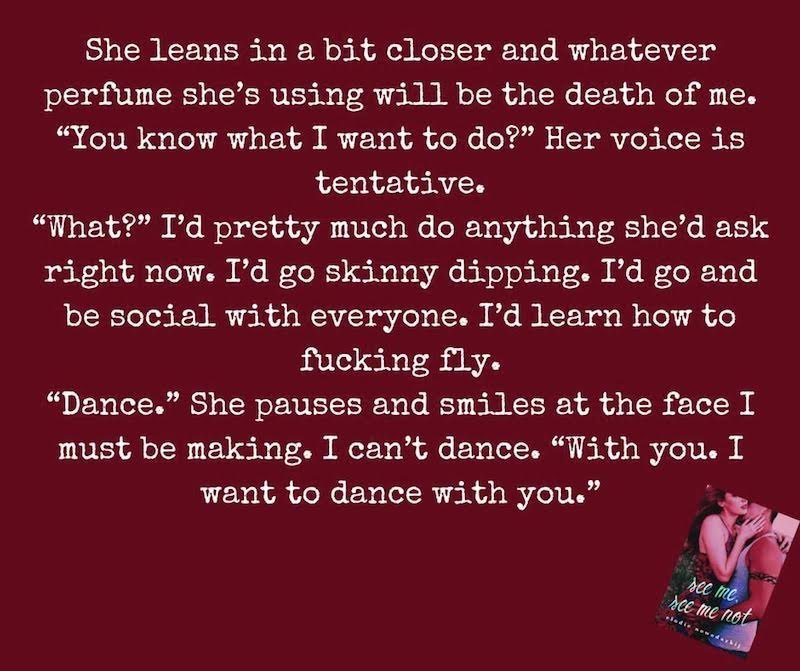 Fear Me, Fear Me Not by Elodie Nowodazkij

Fear is power. They fear me. They don’t fear me enough. Every year a girl disappears in Gavert County, Texas. Their bodies are found days, sometimes months, later with an angel wing carved on their face. They call me “the Angel Killer” and I’m on the hunt again. But this time, it’s personal.

Seventeen-year-old cheerleader Erin Hortz has been warned about the Angel Killer all her life. She never walks alone in the dark. She doesn’t talk to strangers. She doesn’t accept drinks at parties. All she wants is to finish her senior year with a win at the Miss Junior Queen of Hearts pageant, capture the perfect light over the lake with her new camera, and finally catch the attention of her best friend Nadia’s brother—former football star Dimitri Kuklev. Since his injury, they’ve been spending a lot of time together. And getting to know the real Dimitri—not the one she put on a pedestal in her diary is better than she could ever have imagined. And she’s falling hard.

Nineteen-year-old Dimitri’s injury brought him from football superstar with universities from all around the country knocking at his door to not knowing what he wants to do with his life. Taking classes at the local community college is supposed to get him back on track, but all he wants is to be on the field again. The only person who seems to understand him is the one he swore to keep in the friend zone: Erin. His sister Nadia’s best friend and the reason why he can’t keep a girlfriend. Between their early morning jogs, their time spent at the lake laughing, and their late night conversations, he’s having a hard time remembering why it’s such a bad idea.

But when Nadia doesn’t come home after a party, Dimitri and Erin know they must find her before it’s too late—even if that means risking their own lives and everything Erin’s ever known.

Because the main suspect is Erin’s father.

About the Author
Elodie Nowodazkij was raised in a tiny village in France, where she could always be found a book in hand. At nineteen, she moved to the US, where she learned she’d never lose her French accent. Now she lives in Maryland with her husband, their dog and their cat.