Parliament House and author A.J. Vrana are revealing the cover to THE HOLLOW GODS, the first book in the new adult magical realism/dark fantasy series, The Chaos Cycle, releasing July 28, 2020. See below for the cover, information on the book, and a link to add it to your Goodreads TBR. 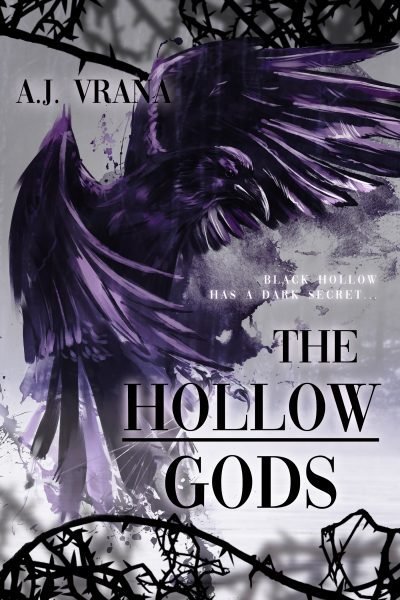 THE HOLLOW GODS (The Chaos Cycle #1) by A.J. Vrana

Synopsis
Isolated in the forests of Western Canada, Black Hollow is a town with a dark secret. For centuries, residents have foretold the return of the Dreamwalker—an ominous figure from local folklore said to lure young women into the woods with the help of wolves, and possess them. Yet the boundary between fact and fable is blurred by a troubling statistic: every now and again, women do go missing. And after they return, they almost always end up dead.

When Kai wakes up next to the body of a recently missing girl, his memory blank, he struggles to clear his already threadbare conscience. Miya, a floundering university student, experiences signs that she may be the Dreamwalker’s next victim and finds herself caught between a supernatural kidnapping and a senseless murder. And after the death of a young patient, crestfallen oncologist Mason embarks on a quest to debunk the town’s superstitions, only to find his sanity tested.

Yet a maelstrom of ancient grudges, forgotten traumas, and deadly secrets loom in the foggy forests of Black Hollow. Can three unlikely heroes put aside their fears, and unite to confront a centuries old evil? Will they uncover the truth behind the fable, or will the cycle repeat? 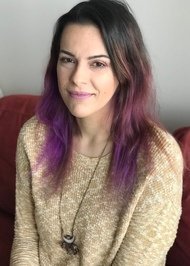 About the Author
A. J. Vrana is a Serbian-Canadian academic and writer currently residing in Toronto, Canada with her two rescue cats, Moonstone and Peanut Butter. Her doctoral research focuses on the supernatural in modern Japanese and former-Yugoslavian literature and its relationship to violence. When not toiling away at caffeine-fueled, scholarly pursuits, she enjoys jewelry-making, cupcakes, and concocting dark tales to unleash upon the world.