New York Times bestselling author, Laura Kaye is revealing an excerpt from FIGHTING THE FIRE, the third stand-alone book in the adult contemporary military romance series, Warrior Fight Club, releasing April 23, 2019. See below for information on the book and series, pre-order links, and the exclusive excerpt. 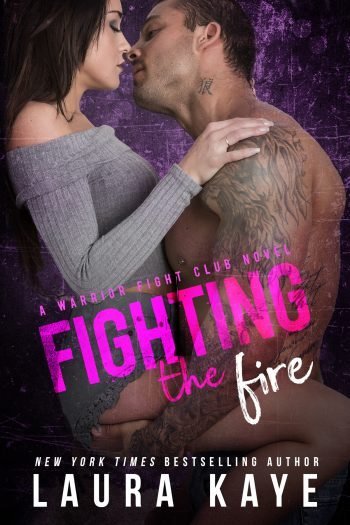 Synopsis
The more they fight, the more desire consumes them…

There’s only one thing firefighter Sean Riddick doesn’t like about Warrior Fight Club, and that’s Daniela England, the sexiest, snarkiest, most irritating woman he’s ever known. But MMA training keeps the Navy vet grounded, so Sean’s not about to give it up, no matter how many times he goes toe to toe with Dani—or how bad he wants to take her to the mats.

A former Army nurse and the widow of a fallen soldier, Dani is done with the military and with military men. Fight club is the only thing that eases her nightmares, which means she has to put up with Riddick. He might be sex on a stick, but he’s infuriating and everything she’s vowed to avoid.

But when an accident throws Sean and Dani together, all that fight bursts into a night of red-hot passion. Now they’re addicted to the heat and must decide if the one person they’ve most resisted might be exactly what they’ve both been looking for. 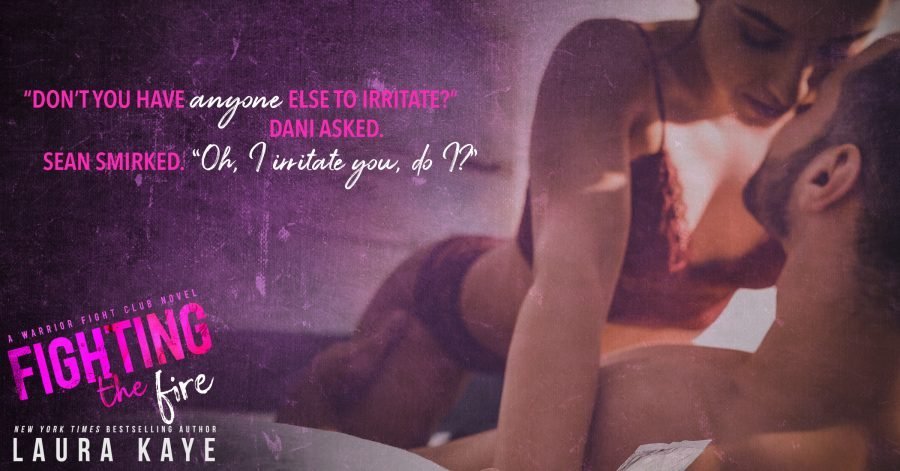 Dear Readers,
I love enemies-to-lovers stories because they’re so much fun to write and absolutely delicious to read! And Sean Riddick and Dani England from my upcoming Fighting the Fire are absolutely incendiary together! They’re both bad asses in their own right—both veterans, both fighters, both stubborn as hell. And boy does the cover capture them so well—the intensity, the passion, the push and pull. Now check out this excerpt and let me know what you think!

If you haven’t started my wounded Warrior Fight Club series yet, you can jump in anywhere because they’re all sexy standalone romances!

Excerpt
“Bring it,” Sean said, giving her a wink.

Ignoring his head games, Dani got into position. Fists up, elbows close to her ribs, lead leg forward. In this drill, Sean as the kicker could only make offensive moves with his legs. While, as the puncher, she couldn’t use her legs at all. Which meant she had to get in close while defending against his strikes.

Sean was strong as hell, but she was faster by a lot. Dani used that to her advantage. Blocking and dodging his kicks and then getting inside to attack his ribs and gut and kidneys in the spare seconds before he regained his footing.

Each punch she landed released a pressure valve somewhere deep in her brain. And that release was so fundamental that she barely felt the kicks that Sean landed. Not that she gave him much chance to get them in, because she kept him close, under pressure, and on the defense blocking her punches.

“Damn, girl,” he said, respect and wariness plain in his voice.

“You told me to bring it,” she said, looking for another in. He blocked a shot at his ribs and delivered a spinning side kick that landed on the side of her thigh.

“Someone has some aggression to work out today,” he said.

“Do you have to talk so much?” she asked, sweat curling down the side of her face as she attacked again. This time she drove forward, forcing him to retreat and not letting him get in a kick.

Sean blocked and covered and dodged until they were in a clinch, breathing hard and face to face with no room to punch or kick. And for no good reason, heat roared over Dani. Heat that almost incinerated her from the inside out. Maybe it was the bulk of his muscles or the slick slide of their sweat or his scent of clean soap from a recent shower that couldn’t quite remove the hint of fire from his skin and hair.

As if he sensed it, Sean’s dark eyes flashed hot and his jaw went tight. Breaking the rules, he grabbed her around the waist and pulled her in close, letting her feel his erection for one spare moment before taking her to the mats in a controlled move that showed just how freaking strong he was. She expected to get the wind knocked out of her, but he’d more laid her out than knocked her down.

But Dani and Sean were caught in a staring contest with their faces mere inches apart.

She wanted him inside her so bad that she nearly gave voice to it.

Her brain went immediately to that night.

How they’d circled each other throughout that whole damn party. How Sean had walked her to her car, parked right in front of his, which she’d begrudgingly thought sweet despite her insistence she didn’t need a damn chaperone. How they’d started bantering about something she couldn’t even remember now—because all she could remember was how desperately aroused she’d felt. How she’d teasingly punched him and he’d caught her arm and hauled her in against him. How the shock of his erection against her hip had made her look up at him. And how he’d claimed her mouth and she’d let him.

Oh, hell yeah, she’d let him do that and so much more…

And she wanted it again.

It was that thought that finally made her brain come back online. “Get. Off.”

His brow arched. Just the tiniest bit. “You can take your aggression out on me anytime.” He spoke in a rushed whisper, but the words impacted her like a body slam, pressing her back into the floor with some unseen force. Because she’d heard that tone in his voice before, when she’d straddled his lap on the big bench of his pick-up and finally taken him deep.

“Fucking hell, Dani. Take all of me.”

“Now,” Dani said, hoping he didn’t hear that her voice was affected, too.

In a move that seemed too lithe for someone his size, Sean hopped up then extended his hand to her.

Shook as she was, Dani accepted his help, then regretted it when he didn’t immediately release her hand but instead held her right in front of him—exactly like he had that night. “Just say the word.”

Dani swallowed hard. “Hold your breath waiting for it. Please.” She glared up at him, irritated with herself for letting him see inside her for that one unguarded moment when her body had reacted so viscerally to his. It was like that night had tuned their bodies into the same wavelength, and now they could communicate whether she wanted it or not.

Amusement and challenge slid into his gaze. “You’ll not only say it, Dani. You’ll beg me for it.” 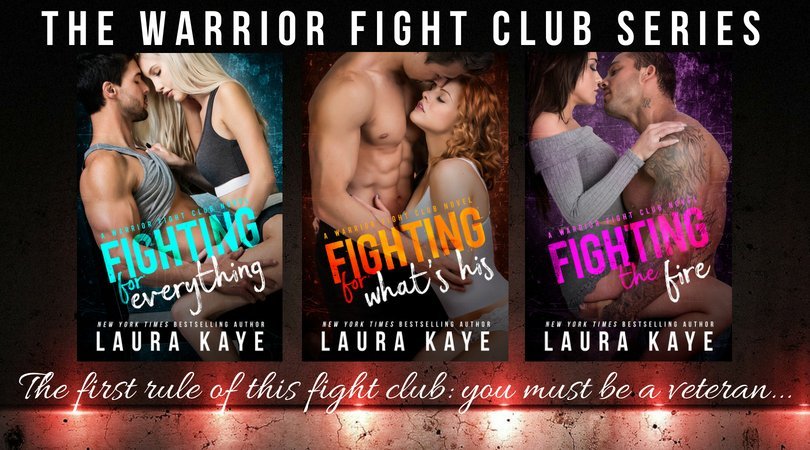 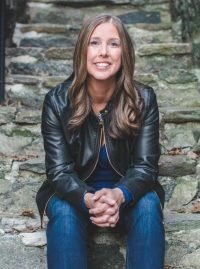 About the Author
Laura is the New York Times and USA Today bestselling author of over thirty books in contemporary romance and romantic suspense, including the Hard Ink and Raven Riders series. Growing up, Laura’s large extended family believed in the supernatural, and family lore involving angels, ghosts, and evil-eye curses cemented in Laura a life-long fascination with storytelling and all things paranormal. She lives in Maryland with her husband, two daughters, and monster puppy, Schuyler, and appreciates her view of the Chesapeake Bay every day.