Exclusive Interview with Deanna Dee, Author of Finish Him (Games of Love Series) 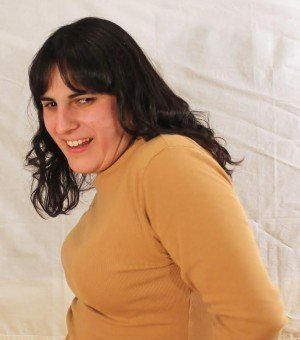 I’m delighted to spotlight author, Deanna Dee today. See below to her fascinating answers, plus details on her upcoming release, Finish Him, the third book in the new adult contemporary romance, Games of Love series.

Q: How would you best describe the type of books you write? Beyond the geek romance, I mean.
A: Excellent question. As far as genre goes, the books are new adult age-wise. Beyond that, they’re books about kind of who I was in college. I didn’t drink a whole ton. I didn’t really party. I wasn’t your “typical college student,” I guess, and I wanted to write about the kind of people I was and that I hung out with, the odd balls, if you will. So I guess I’d call them “new adult for the college student who feels like they’re ‘doing it wrong.’” Because you aren’t “doing it wrong.”

Q: What common denominator do all of your protagonists share?
A: They are outcasts. They all had a point where they didn’t feel like they belonged anywhere, which is how they found each other. They also all love to game, but that’s rather self-explanatory by their actions in the books.

Q: How do you approach character development?
A: I start writing. Maybe that isn’t the usual way, but I’ve found out my characters will reveal themselves if left to their own devices. So I let the words flow and let the character voice develop as it will. Somehow, in the end, I wind up with people..

Q: If you could build your ideal writing environment, and the budget was of no concern, what would it look like?
A: There would be figurines of dragons and wizards and any other mythical stuff you could find everywhere. I’d have a throne for an office chair, and I’d have some medieval-looking desk. There would be a huge window overlooking the water, and said window would have thick (possibly velvet) red curtains with gold trim. The ceiling would be vaulted. There would be torches in sconces. There would be a chandelier at the center, and the walls would be dark wood paneling. (No, I haven’t thought about this at all. Lol).

Q: What is the one thing, other than your computer (or pen and paper if you’re old school) you cannot write without?
A: Quiet. I need to be able to concentrate. Occasionally, I can write in a louder environment, but I have to really be in the zone.

Q: Who is your biggest writing influence?
A: That would be my dad. When I was a kid, I’d wander into the den/office he and my mother shared and say “dad, what are you doing?” He’d respond (while typing away on his typewriter), “I’m working on my book.” Somehow, that got planted in my head as a thing to do, and it’s turned into writing books for publication.

Q: If you could have lunch with one of your characters, who would you choose to sit down with and why?
A: ​Probably Craig or Scott. Both are the kind of guys I find it easiest to relate to. Craig is the teddy bear type, and Scott is the “you don’t expect it from him” guy. Either way, that would be one awesome lunch.

Q: What’s your favorite book you’ve read so far in 2015?
A: Can I cheat and say favorite series? (Well, I’m going to anyway.) So the Ranger’s Apprentice series by John Flanagan, and if I had to pick a favorite from those, it would be The Royal Ranger.

Q: If for some reason you could no longer write romance, what genre would you write instead?
A: Fantasy (which I do as a different name). Fantasy is actually my first love. I came up with the idea of gamer romances, and I couldn’t get rid of it. So now I do both.

Q: And lastly, pretend you’re writing fan fiction — take a character from one book, plop them down in the world of another, and use a plot from a third book – who, where, and what happens.
A: Okay. I’ll take Lydia from my books, put her into Marissa Meyer’s Lunar Chronicles world, and give her the elemental powers of some wizards in Derek Landy’s Skullduggery Pleasant series. The result would be Lydia taking out the Lunar people with concentrated gusts of wind, fireballs, and waves of water. To put it shortly, she’d have way too much fun. 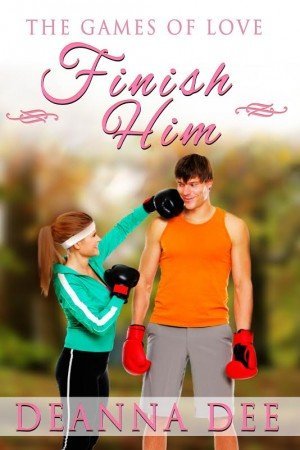 Finish Him (The Games of Love #3) by Deanna Dee

Synopsis
Round One, FLIRT

Sonya Black never expected a petty sibling quarrel could lead to her sister being drugged. Overcome with guilt, Sonya vows to bring the jerk to justice.

When she dives into her own investigation, she lands belly up in the company of Jaxon Nyles, the security guard who may have all the answers.

But being a detective isn’t as easy as Sonya thinks. On top of that, Jaxon always seems to be in the right place at the right time. Is he a suspect, or is he falling for her? More important, is she falling for him?

The round has begun.

Who will flirt? Who will win?

Will hearts break in the process?

About Deanna Dee
Deanna Dee is strictly human and does not, to her knowledge, own a hyena.

She lives by the sea, which she takes full advantage of in the summer time. Nerd culture and pop culture make up the shameless downtime of her life.

The rest of it is writing, and she’s okay with that.