Welcome to the preorder blitz for DARK ‘N’ DEADLY, a the third book in the adult contemporary romantic suspense series, Federal K-9, by Tee O’Fallon, releasing October 21, 2019. See below for information on the book and series, preorder links, an exclusive excerpt, and details on her giveaway. 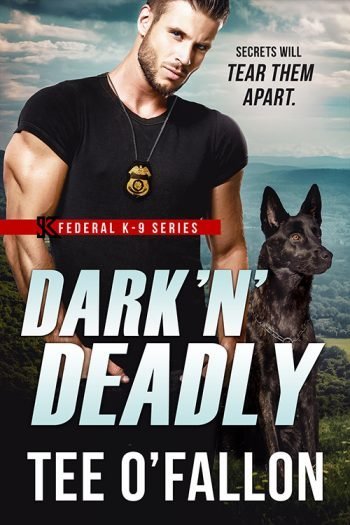 Synopsis
They’d never so much as kissed, but Tess McTavish never forgot the handsome, dangerous agent, Eric Miller, who vanished in a shroud of mystery. Now the last thing she needs is an ATF agent with his own agenda. Doesn’t matter that Tess and her brother are innocent. If Eric learns the truth of their past, they’ll never be free.

Eric’s drive for revenge against the man who targeted him and his colleagues in a deadly explosion still burns hot inside him. Another bomb is about to be detonated and he’s sure there’s a connection between that man…and Tess’s family. But Eric and Tiger will do everything they can to protect the woman he’s falling for from what’s coming… Excerpt
“Oh, c’mon, special agent. “Your chi is so out of sync, it’s not funny. Let me teach you some of my moves.” She hooked her hand around the crook of his elbow, intending to drag him to the mat, but he was as rigid as a marble statue.

“Your moves?” He arched a blond brow.

“I meant my yoga moves.”

Briefly, his lips quirked, then his eyes narrowed. “You’ve got five minutes. Not a second more.”

“Deal.” She dragged him to the mat, the heat from his body warming her hand.

Tiger uttered a gruff bark, as if he couldn’t believe Eric was actually giving yoga a whirl.

“Okay, kneel on the mat, and I’ll show you what to do.” After he kneeled, she did the same beside him on the carpet. “Now, place your hands flat on the mat, just wider than your shoulders.” His shoulders were so broad that his arm brushed hers, sending goose bumps racing up her spine.

“Keeping your hands on the mat, push up and lift your hips up as far as they’ll go.” She demonstrated for him, and when he mimicked her movement…oh my. His sweats had tightened over his perfectly muscled gluteus maximus to the max.

“Tess. Tess,” he repeated when she didn’t answer right away. “Quit ogling my ass and tell me what to do next?”

Whoops. My bad. “Roll your shoulders to the floor and push your thighs back while you roll back on the balls of your feet. This, is downward facing dog.”

Tiger snorted and got to his feet. Warm doggy breath blew into her ear, making her flinch and jerk away, which sent her toppling sideways against Eric, who also lost his balance. The next thing she knew, her body lay full on top of his, both of them laughing as Tiger panted in their faces, looking mighty pleased with himself.

Tiger uttered a cross between a grunt and a thoroughly adorable whine, letting them know he was less than thrilled at being kicked out of the funhouse.

“Poor Tiger.” The dog’s sad brown eyes watched them longingly, and Tess couldn’t help but feel a stab of guilt.

As their laughter ebbed, their gazes met, and she realized that, from head to toe, she was plastered on top of one very hard, very male body. Through her micro-thin yoga pants and top she felt every one of Eric’s well-defined muscles, from his thighs to his abs to his pecs. Her hands cupped his thick shoulders. His hands gently clasped her bare midriff.

Her heart raced double-time, then she realized it was his heart adding to the pulsing rhythm of her own. As she stared into the depths of his eyes, something passed between them. A seductive magnetism. An invisible emotion snapping in the air that refused to diminish no matter how much she wished it.

His hand skimmed her waist, sliding up her back to sift his fingers into the curls at her neck. Goosebumps erupted across her skin, and with it came the spiraling sensation of falling into a deep, dark crevasse, the bottom of which was endless and beautiful, and filled with something she so desperately wanted and needed.

Eric’s chest rose and fell beneath hers. He breathed through his open mouth, nostrils flaring, as if he was breathing her very scent into his lungs.

More warm breath blew into her face—his—and her gaze dipped to the curves of his lips, and the urge—no, make that need—for him to kiss her grew steadily until it was a palpable craving in her core.

Their personalities might be like yin and yang, two seemingly contrary forces, but the virtual energy crackling around them drew her closer. Closer to those sensuous lips she craved on hers. She imagined they’d be soft and hard at the same time, and dammit she really, really wanted to find out.

This is not a good idea, was the mantra that kept repeating over and over in her head. He’s a federal agent. Didn’t matter. Her common sense began crumbled like a house of sand. 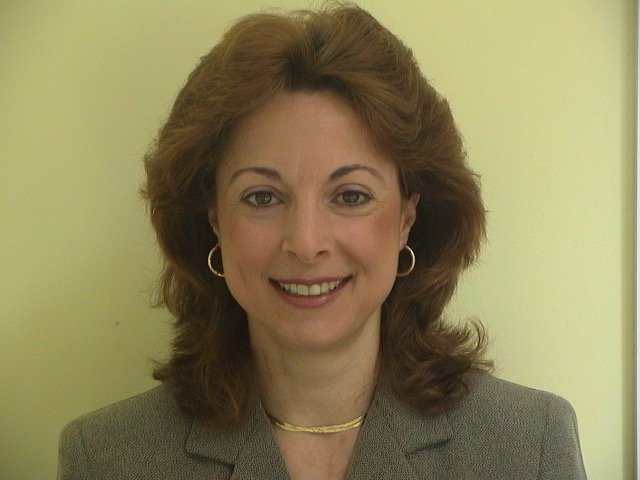 About the Author
Tee O’Fallon is the author of the Federal K-9 Series and the NYPD Blue & Gold Series. Tee has been a federal agent for twenty-three years and is now a police investigator, giving her hands-on experience in the field of law enforcement that she combines with her love of romantic suspense. Tee’s job affords her the unique opportunity to work with the heroic men and women in law enforcement on a daily basis. When not writing, Tee enjoys cooking, gardening, chocolate, lychee martinis, and all creatures canine. Tee loves hearing from readers and can be contacted via her website http://teeofallon.com where you can also sign up for Tee’s newsletters.