Welcome to the pre-order blog tour for THE PRINCESS PLAN, the first book in the adult contemporary romance series, A Royal Wedding by New York Times bestselling author, Julia London. See below for information on the book, pre-order links, an exclusive excerpt, and details on her giveaway. 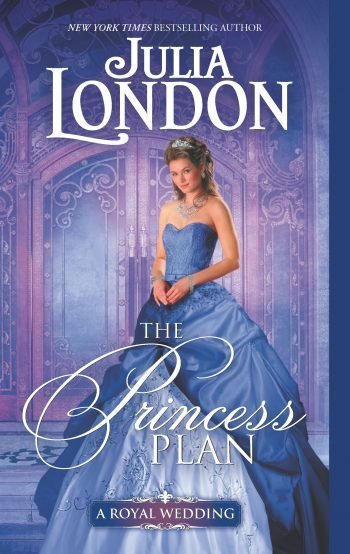 THE PRINCESS PLAN (A Royal Wedding $1) by Julia London

Synopsis
Princes have pomp and glory—not murdered secretaries and crushes on commoners.

Nothing gets the tongues of London’s high society wagging like a good scandal. And when the personal secretary of the visiting Prince Sebastian of Alucia is found murdered, it’s all anyone can talk about, including Eliza Tricklebank. Her unapologetic gossip gazette has benefited from an anonymous tip about the crime, prompting Sebastian to take an interest in playing detective—and an even greater interest in Eliza.

With a trade deal on the line and mounting pressure to secure a noble bride, there’s nothing more salacious than a prince dallying with a commoner. Sebastian finds Eliza’s contrary manner as frustrating as it is seductive, but they’ll have to work together if they’re going to catch the culprit. And when things heat up behind closed doors, it’s the prince who’ll have to decide what comes first—his country or his heart.

Advanced Praise for The Princess Plan

“It completely charmed me… the chemistry is so delicious. I simply didn’t want to put it down.” —Nicola Cornick, USA TODAY bestselling author

Excerpt #1
Eliza knew her gown was not as beautiful as any of the other garments here. It was rather plain in comparison, really. She and Poppy had created it from two dresses. Poppy was quite talented with a needle, as it happened.

Eliza was talented, curiously enough, with the repair of clocks.

Her gown, made of white silk and blue tarlatan with sprays of blue flowers, floated over three tiers of skirt. Her waist and sleeves were adorned with ribbons bought for a dear sum from Mr. Key’s shop. The décolletage was scandalously low, but Hollis said that was the current fashion. It dipped into a little bouquet of gold and blue silk rosettes that bloomed between her breasts. “The gold matches your hair,” Poppy had observed as she’d curled and roped tresses of Eliza’s hair this evening, twining it with strands of gold leaf.

“Doesn’t it seem as if a clump of sod was dropped here and flowers sprang?” Eliza asked, trying to adjust the low bodice.

Poppy had cocked her dark head to one side and considered it. “Not…especially.” Her tone lacked conviction, and Eliza gave her a pointed look as she took in their reflections in the mirror, to let her know she didn’t believe her.

Hollis had proclaimed Eliza’s mask the best of the three that Caroline had bought from Mrs. Cubison, who was, according to Hollis, the premier modiste in all of London. It covered Eliza’s forehead and nose, and gold scrolls had been painted around the eyes. The mask rose from the right side of her face, sweeping up and arcing over her head. “It’s the Venetian style,” Hollis informed her.

Eliza didn’t know what style it was and would have no occasion to know, and neither did she care. She was grateful to Caroline for the invitation and for the very generous gift of the mask, but it seemed an extravagant waste of money to Eliza’s practical nature. Of the three of them, she was the one who seldom made social calls, who rarely received invitations that were not to do with her father. Who never had occasion to set foot in a masquerade ball. That was what happened to spinster caretakers—they fell from the view of society. Were it not for her dearest sister and wildly popular dearest friend, she’d never go anywhere at all. And even then, on the occasions she was included, she generally had her father to consider.

But tonight, she’d been utterly transformed into someone very different. She wore perfume where she generally smelled like old books and court papers. Her hair was artfully arranged instead of being bound haphazardly at her nape. And her borrowed shoes were embroidered, not scuffed like the ones she wore about the house every day. Thanks to Caroline’s magic, she was standing in Kensington Palace in an evening gown and wearing an exotic mask. To say this ball was a luxury for her was a terrible understatement. She intended to breathe in every moment and carry the memory of it around with her for the rest of her days. She didn’t fancy herself a Cinderella.

At least not until she discovered the glittery magic of the queen’s rum punch. 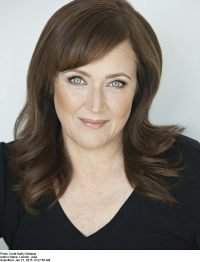 About the Author
Julia London is the New York Times and USA Today best-selling author of more than thirty romantic fiction novels. She is the author of the popular  Cabot Sisters historical series, including The Trouble with Honor, The Devil Takes a Bride, and The Scoundrel and the Debutante. She is also the author of several contemporary romances, including Homecoming Ranch, Return to Homecoming Ranch and The Perfect Homecoming.

Julia is the recipient of the RT Bookclub Award for Best Historical Romance and a six-time finalist for the prestigious RITA award for excellence in romantic fiction.

She lives in Austin, Texas.