Today is release day for A PILGRIMAGE TO DEATH, the first book in the adult mystery/thriller series, Reverend Cici Gurule Mysteries, by Alexa Padgett. See below for information on the book, buy links, an exclusive excerpt, and details on her giveaway. 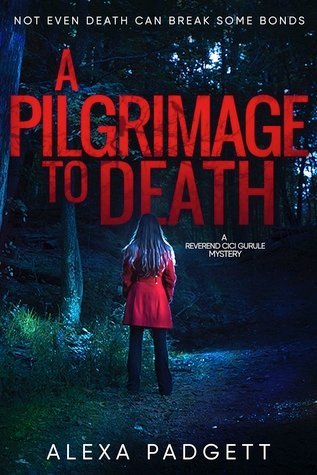 A PILGRIMAGE TO DEATH by Alexa Padgett

Synopsis
They murdered her sister. They threatened her church. But their day of reckoning will cost her everything…

When Cici Gurule finds the dead body of a parishioner in the nearby Santa Fe National Forest, she’s horrified to realize the victim bears the same stab wounds that ended her twin sister’s life one year earlier.

Now, as a freewheeling, progressive reverend who’ll stop at nothing to protect her flock, she’ll need to join forces with her detective friend and loyal pair of Great Pyrenees to hunt down the killer before she’s forced to officiate another funeral.

Soon, however, Cici discovers her sister was on the trail of a deep-rooted criminal operation, and her death was no random act of violence. With the criminals out for Cici’s blood, she needs to catch the wolf by the tail…before it goes in for the kill. 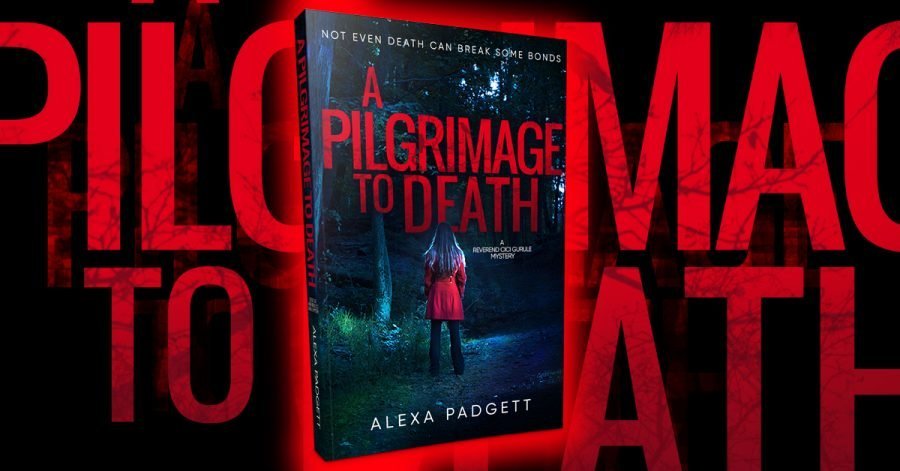 Excerpt
The eerie feeling expanded as they turned the last corner back toward her house. Out front was a large, black pickup. It was wedged between Justin’s police car and a compact sedan. Cici’s steps slowed when Justin cursed, low and vicious.

“Do you know who that is?” she asked, trying to keep her voice level. Hard to do with the adrenaline dump that now pumped through her veins. She didn’t need that spot in her head pinging danger! for Cici to realize the black beast of a truck growling mere feet from her doorstep meant trouble.

Justin shook his head as he half-stepped in front of her, causing the hairs on Cici’s arms to rise. He might not know the person in the truck—hard to see through the dark tint—but the vehicle clearly upset him as much as her.

Mona backed up against Cici’s leg while Rodolfo tugged at the end of his leash, his snarl deep and guttural.

The driver’s side window rolled down about three inches. Cici squinted, but all she made out was a dark beanie pulled low over the person’s eyebrows, and large, black plastic sunglasses.

The person threw something out the window. Rodolfo leaped forward, tugging the leash from Cici’s hand as she flinched back. The dog sprinted toward the truck.

“Rodolfo, heel!” Cici called. The dog quivered to a halt, whining, as the truck’s engine roared. Within seconds, it sped down the street.

Cici’s breathing remained labored as she hurried forward, snatching up Rodolfo’s leash. The dogs whined again and nuzzled against her, bumping her hips with their heads.

Justin snatched the paper from the street. He stood there, at the curb, scanning the message.

“Did you get the license plate?” Cici asked.

Justin shook his head, still staring after the truck. “Covered in mud or something.” He swallowed, glanced down at the paper in his hand.

“What does that say?”

“I’m not sure you should read it.”

“Not really your choice.” Cici switched the dog leash to one hand and held out her free one. “The person came to my home. The message is clearly for me.”

Justin handed it over with obvious reluctance.

Your sister didn’t know when to stop snooping. 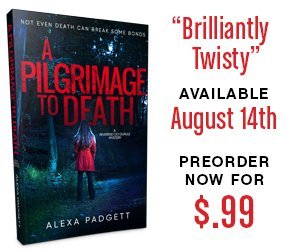 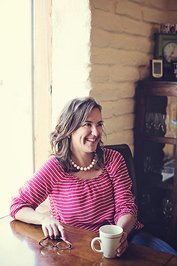 About The Author
With a degree in international marketing and a varied career path that includes content management for a web firm, marketing direction for a high-profile sports agency, and a two-year stint with a renowned literary agency, award-winning author Alexa Padgett has returned to her first love: writing fiction.

Alexa spent a good part of her youth traveling. From Budapest to Belize, Calgary to Coober Pedy, she soaked in the myriad smells, sounds, and feels of these gorgeous places, wishing she could live in them all—at least for a while. And she does in her books.

She lives in New Mexico with her husband, children, and Great Pyrenees pup, Ash. When not writing, schlepping, or volunteering, she can be found in her tiny kitchen, channeling her inner Barefoot Contessa..