Today is release day for BREAK, a stand-alone new adult contemporary second-chance romance, by New York Times bestselling author Cassia Leo. See below for information on the book, buy links, an exclusive excerpt, and details on her Instagram giveaway. 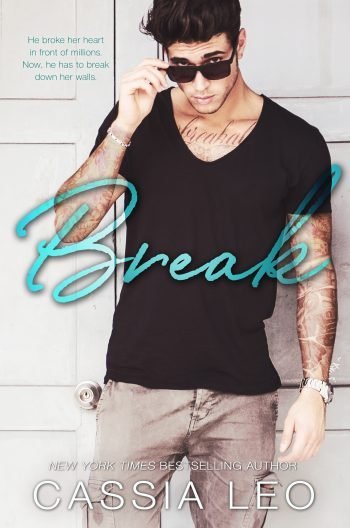 He broke  up with her in front of millions. Now, he’ll break all the rules to get her back.

For most of my life, Ben Hayes was the gorgeous bad boy musician next door. My brother’s heart throb best friend.

Then, he was my boyfriend for six of the happiest years of my life. Until he dumped me on social media in front of millions of people, officially cementing his role as my worst enemy.

Three years later, Ben returns to our small beach town with an ego the size of California, a drinking problem, a movie deal that’s about to fall through, and a secret that only he and his dying father know.

I’m not the same pathetic girl I was when he broke my heart. I’m stronger now. I won’t let him break me again.

But it’s hard to resist those ocean-blue eyes, that sculpted, tattooed body, that smooth voice, that enormous… Well, you get the picture.

Every time he makes me laugh or swoon, my defenses fracture. The walls around my heart are crumbling fast. And Ben’s wrecking ball of a secret is about to deliver the final blow. 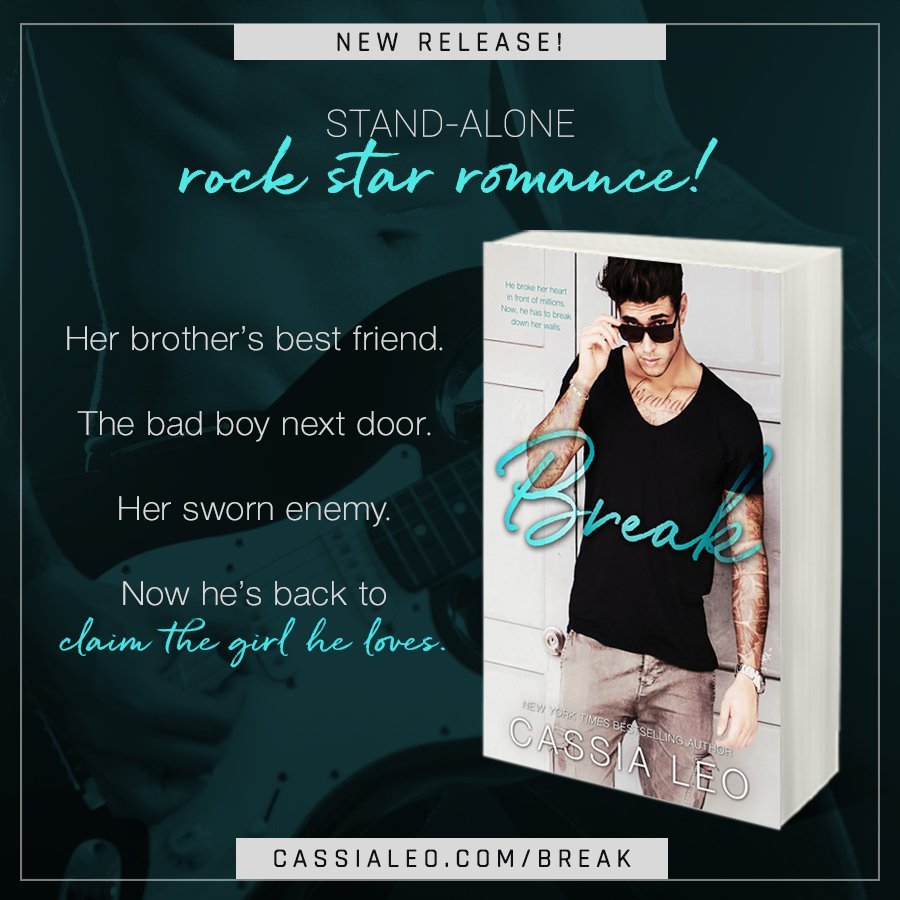 I’m about to turn around and head back to the Uber, when Charley stands up from the chair and begins making her way toward the entrance. It’s like watching an angel coming at me, but from the stony expression on her face, I can’t decide if she looks more like a guardian angel or an angel of death. Either way, she’s gorgeous: tall and slender, with hips that would make a grown man cry; her dark hair cascades over her shoulders in luscious waves; round, hazel eyes and full lips framed by soft cheekbones and a perfect oval face.

She always complained about the tiny bump on her nose, or that her top lip wasn’t as full as her bottom lip. I used to tell her that complaining about those things is like looking at a gorgeous sunset and complaining that the sun is too bright.

Michelle glares at Charley and says something that looks like, “What are you doing?”

Michelle rolls her eyes and they both continue toward me as Michelle pulls a ring of keys out of her apron. My heart soars as I realize Charley is forcing her friend to open the door. Maybe she’s not as angry with me as I anticipated.

The whole time Michelle is unlocking the door, I keep my gaze focused on Charley, willing her to look at me and give me some kind of smile or nod or something to let me know I’m right. But her eyes are trained on Michelle’s hands. Finally, the door pushes out toward me and Charley emerges with an expression on her face I’ve never seen before. I can’t explain it any other way except a stone-cold lack of emotion.

“Charley, I just want to talk to you. Just give me five minutes.”

Her expression doesn’t change. “I don’t want to talk to you, Ben. You should leave before Mason gets here.”

“It’s probably better that he’s here. I owe him an apology, too,” I say, taking a step toward her.

Charley puts her hand on Michelle’s arm. “You can go inside. I can handle this.”

Charley nods and we both watch in silence as Michelle shoots me one last burning glare before she heads back inside. “Look, Ben, I’m sure you’ve probably made up some kind of excuse that justifies what you did to me. But there’s nothing you could say that will make me understand or forgive what you did. So, once again, I’m asking you to leave. I really don’t want to see what Mason will do to you when he gets here.”

The cool expression on her face and the even tone in her voice chills my blood. What have I done to her?

“You know damn well Mason’s never been able to take me.”

“He’s been rage-lifting,” she replies coolly, using the phrase I made up for when I would take my aggression out at the gym. “I don’t want him to get in trouble with the cops when he kicks your ass.”

I suppress my laughter, so I don’t further piss her off. “Baby, I’m not here to get in fights or make excuses. And—”

I pause for a moment and take a deep breath. “Look, I don’t expect you to forgive me. Not tonight, anyway.”

She clenches her jaw and lets out a puff of laughter through her nose. “You really are just as cocky as always if you think I’d ever forgive you.”

I close my eyes for a second to collect myself as anger roars inside me. “You…have no fucking idea why I did what I did.”

“I don’t care why you did it!” she shouts, her stony expression crumbling. “You broke us! I don’t want to see you ever again. Go back to L.A., Ben.”

I step forward and grab her elbows. “This isn’t over, Char.”

“Don’t touch me!” she yells, wrestling her arms from my grip.

I’m close enough to smell her now, that sugared-strawberry scent I remember so fucking well it makes my arms ache to hold her. “You have no fucking idea how sorry I am.”

“Are you drunk? I can smell alcohol.”

I blink at her question, standing my ground as I see the headlights of a car approaching.

She glances toward the lights and her eyes widen with panic. “Go home, Ben. Please. As much as I hate you, I don’t want to see you hurt.” 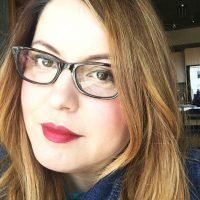