Today is release day for LAYBACK, the second book in the new adult contemporary sports romance/mystery series, Murder on Ice Mysteries, by Jennifer Rebecca. See below for information on the book and series, buy links, an exclusive excerpt, and details on her giveaway. 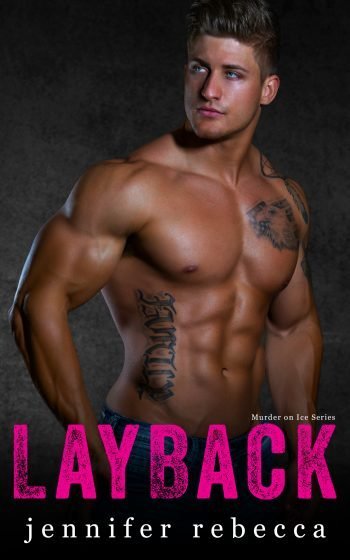 Synopsis
Not too long ago, I had one goal: Win an Olympic Gold Medal but an injury took me out of the running for the Ladies Figure Skating competition at the last Olympic Games. Nancy Kerrigan was grandfathered in. I was not.

Translation: I was disqualified. DQ’d. I was out in the cold on my keister.

But when an offer to fill a spot on a pairs team lands in my lap, I take it. It seems like an answered prayer—that is until a competitor is found brutally murdered in her room at the competitor’s village and my partner is the number one suspect.

I’m going to have to take matters into my own hands. Again. Sweet Kristi Yamaguchi, save me from overly cocky men.

My name is Sophia Eleonore Dubois and holy mother of Dorothy Hamill my life is still complicated . . . 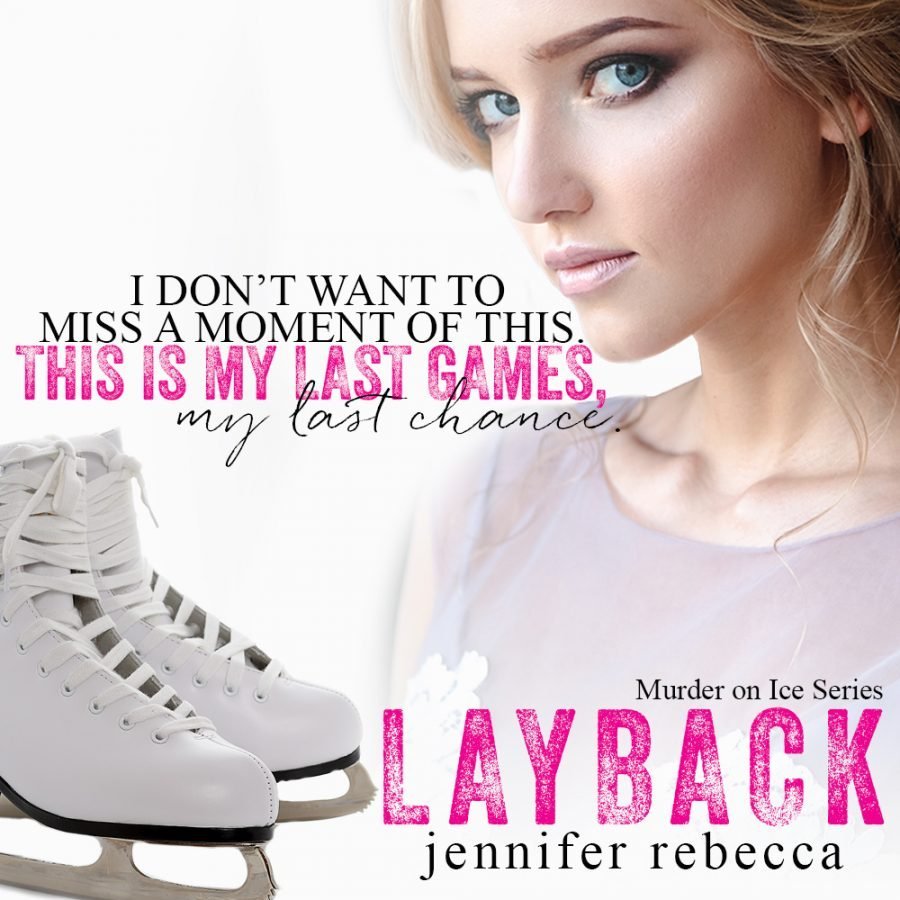 Excerpt
My phone bounces around on the nightstand as it softly plays Britney Spears. It’s time to work, bitch. And this morning I have a practice skate with Luc. We have been working so hard these past few weeks and things are finally coming together. I am so thankful for this opportunity that I don’t want to let Luc and our coaches down so I try and get to the rink extra early so that I am warmed up and ready to go. I don’t want any of them waiting on me.

I look back over my shoulder to where Kane is sleeping. His eyes are still closed, and his breaths come evenly. Good, he’s still asleep and after last night’s revelations, I don’t want to wake him up. We are finally in a good place again and I’m not going to throw Luc in his face the very next day. I’m not going to be the one to rock the boat this time.

I gently lift the covers and cautiously slide out from underneath them. If I was focused on anything other than not waking Kane up, I would have noticed that he, and other parts of his anatomy, were very much awake long before his arm tightens around my waist and hauls me back into the bed.

“Eeek!” I squeal as he surprises me.

“Where are you going, Tink?” Kane rasps, his voice still husky with sleep and other things. “I don’t know if I’m ready to let you leave this bed yet.”

“Well, you don’t have a choice because I have an early practice this morning,” I inform him with a little softness in my voice so that he knows that I am not choosing the rink over him. “But I’ll be back later.”

Kane lets go of me and I slide out of bed and start pulling clothing that I had left here before we stopped speaking from drawers. I notice that Kane is flinging the covers back and pushing up from the bed to stand nude in all his morning glory—and I do mean glory—which I see prominently when he turns to the side before facing away again. His firm backside is turned towards me and I watch the muscles in his body play as he stretches out.

“Wh-what are you doing?” I ask before I give my brain a chance to catch up with my mouth. I should probably get some coffee in me before I sign my life away.

“Getting up,” he says with a smirk playing about his mouth.

“My eyes are up here, baby,” he says with a chuckle and my eyes snap up to his. “I meant that I was getting out of bed to go with you.”

“Oh . . .” Well, that’s not at all embarrassing. Kane has the ability to wipe all thought from my brain with a set of glutes that I know for a fact that I can bounce a quarter off of them because I have already tried.

I lose my train of thought as I watch Kane pull a pair of lighter wash jeans out of a drawer and slide them up his legs without underpants. They way that the smooth material molds to his muscular legs and . . . other assets shows how well-worn they are. Not to mention spending the day knowing that there is nothing standing in between my hand and what I so desperately want but a few buttons and some well worn material is going to play havoc in my mind all morning. He pulls a white t-shirt over his head then grabs a gray hoodie and tosses it on the bed before grabbing a pair of socks and running shoes.

“Sophie?” he calls my name making me snap to attention.

“What?” I ask still distracted by the thought of him going commando. I wonder if I would be able to tell if he was even a little bit hard because the material is so soft and pliable. If I was paying more attention to what I was trying not to pay attention to I would definitely have my answer.

“You were staring . . .” he trails off in explanation.

“You’re staring.” He smirks. “And if you keep on staring at me like that Tink we’re going to be about an hour late.” That snaps me back into consciousness.

“I’ll be quick,” he hums as he pushes me back onto the bed and somehow scooping up the shirt of his that I slept in last night and pulling it over my head to throw down to the floor like the practiced sex magician that he is—leaving me naked.

“How quick?” I ask before I can stop my mouth from asking what my brain knows that it shouldn’t. I don’t have time to play with Kane. I can’t be late for practice.

“Fast,” Kane says as he flicks open the buttons on those jeans that he wears all too well and lets his hard length spring free. He leans down over me. And I was going to be early anyways, now I’ll just be on time. That’s good enough. I can afford to be fast with Kane.

“Not too fast,” I complain.

“No, baby. Not too fast,” he says just before he crashes his mouth down on mine and slides deep inside me. Kane hits that spot that makes my eyes roll back in my head and all rational thought goes right out the window. 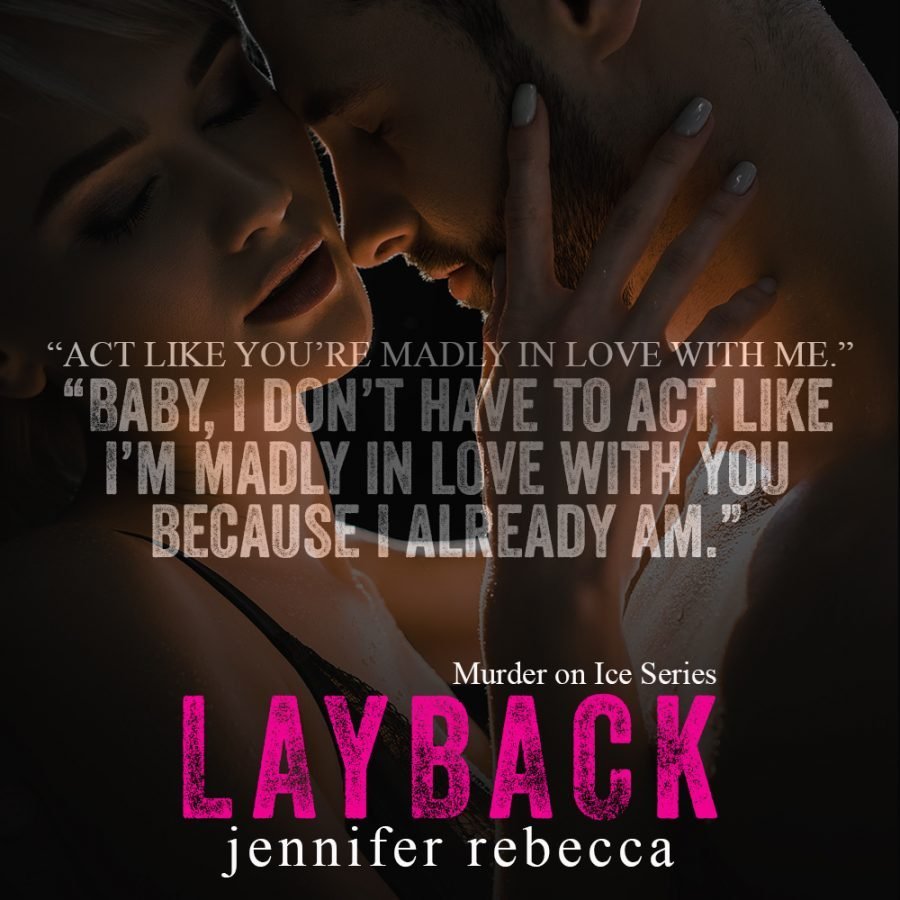 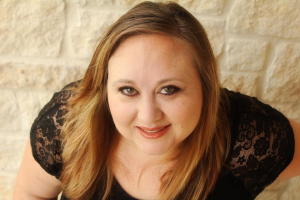 About the Author
Jennifer is a thirty something lover of words, all words: the written, the spoken, the sung (even poorly), the sweet, the funny, and even the four letter variety. She is a native of San Diego, California where she grew up reading the Brownings and Rebecca with her mother and Clifford and the Dog who Glowed in the Dark with her dad, much to her mother’s dismay.

Jennifer is a graduate of California State University San Marcos where she studied Criminology and Justice Studies. She is also an Alpha Xi Delta.

10 years ago, she was swept off her feet by her very own sailor. Today, they are happily married and the parents of a 8 year old and 6 year old twins. She can often be found in East Texas on the soccer fields, drawing with her children, or reading. Jennifer is convinced that if she puts her fitbit on one of the dogs, she might finally make her step goals. She loves a great romance, an alpha hero, and lots and lots of laughter..