Today is release day for ONE TRUE LOVE, the first book in the adult fantasy romance series, Loe Mark by Linda Kage. See below for information on the book, buy links, an exclusive excerpt, and details on her giveaway. 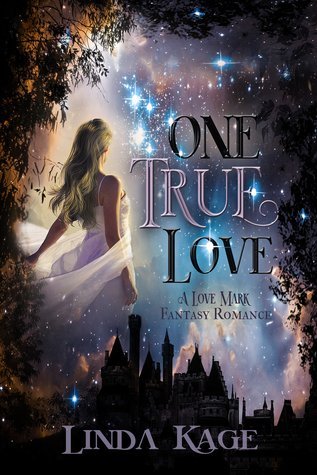 Synopsis
Custom demanded that Prince Urban get a love mark tattooed to the side of his left eye as an infant, just like the rest of his people, but to him, the stupid things have only brought on the scorn of his father, the misery of his siblings, and caused his entire kingdom to go broke from fighting so many wars over the irritating ink stains.

When Urban’s sister must travel to Donnelly, the kingdom within the sand, for her arranged marriage to align two realms, he goes with her. But he no sooner steps foot inside their castle than his mark starts itching like a son of a bitch, telling him his one true love is near.

It just figures, though, that the woman meant for him is completely forbidden. Now he must decide if he should ignore the persistent mark, telling him she’s the one, in order to avoid a possible war between kingdoms, or if he should discover whether she’s worth risking everything for so they can be together. Either way, his life gets sucked into chaos with threats of beheadings, dark magic lurking, castle traitors scheming, and sword fights eminent.

Who knew one little tattoo could cause so much trouble? 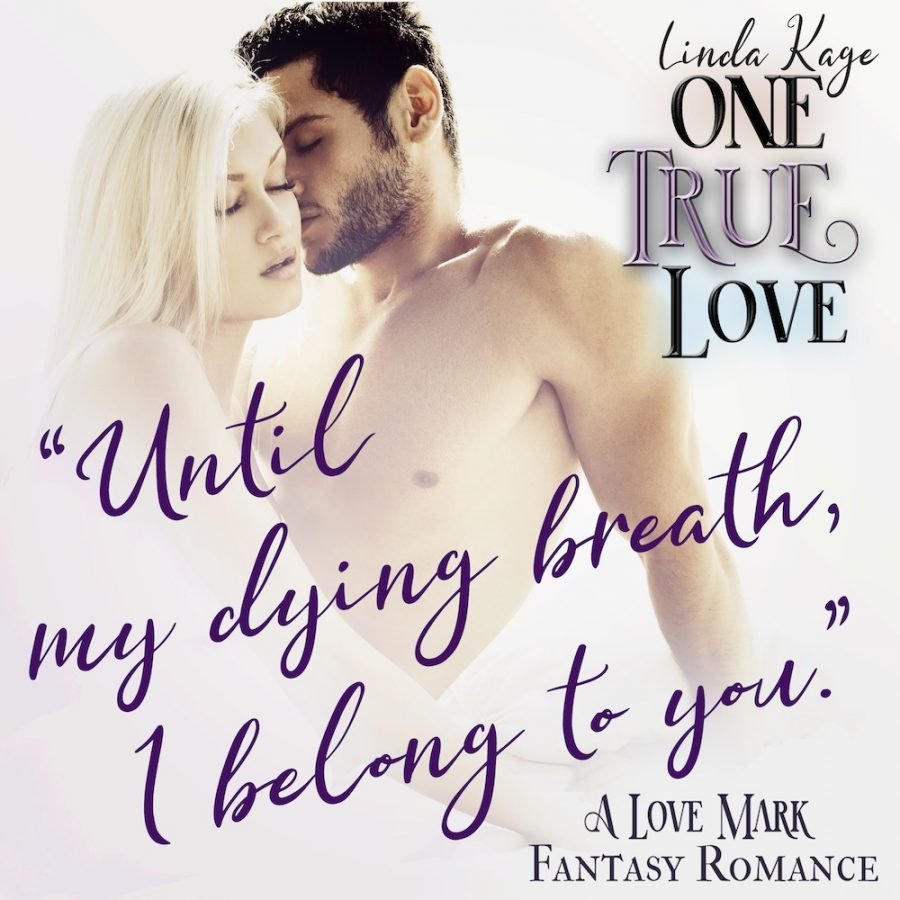 Excerpt
What a peculiar place. I couldn’t decide if the entire kingdom was just that naïve or if all this pleasantry was part of the grand trap they were about to spring on us.

Making a face, I clutched the sword at my side and nodded before cracking my neck from one side to the other. Open minded. Sure. Until they tried to kill us, anyway.

We came to the gateway that led into the middle bailey, and there, we were instructed by the guards to leave the carriage as we were to separate ourselves from the servants we’d brought with us and walk the rest of the way on foot.

I opened the door and glanced around for danger. Unable to spot any, I reluctantly folded down the steps and hopped to the ground before managing to somehow angle my body so I could assist Allera on her descent and not turn my back to a single guard.

A dignitary whose bangs on his blond hair were clipped far too short stepped forward, bearing a scroll under one arm. My return scowl seemed to disconcert him, making him shy a step back. After fumbling to unroll the scroll with shaking hands, he read us the greeting, then let us know he would lead us to the Throne Room where King Caulder and his brother Prince Brentley were waiting to receive us.

Allera was all smiles and patient nods, thanking the man. I stood stonily at her elbow until we set off after Short Bangs. Wrapping both hands around the front buckle of my sword belt, I strode beside her, back rigid and gaze alert, as I took in the beauty of the palace.

Everything here seemed new and clean. Spotlessly perfect, in fact. I couldn’t find a flaw anywhere in all its excellence.

Which made me itch.

I shook my head at the insistent sensation that quite abruptly wouldn’t leave me, and I scratched my temple heartily.

When I kept scratching it, Allera shifted closer to me and hissed from the side of her mouth, “What the devil are you doing? Stop that. You’re going to make our entire clan look like deranged lunatics by the way you keep fondling your eye.”

“I can’t help it.” My fingernails raked relentlessly over the spot on the side of my left eye, unable to make the skin stop prickling. “My mark’s itching like a bastard.”

“Well, you know what that means, don’t you?” She sounded irritated. “And I said STOP scratching it already. People are staring.”

In front of us, Short Bangs glanced back curiously. Offering him a tight smile, I dropped my hand back to my belt, and he faced forward again. My smile instantly morphed into a glare, which I shot Allera’s way.

How was it that she still talked down to me as if I were a child? I’d led battles, controlled my own fleet of ships, bedded some of the most beautiful, exotic women in three realms, and gotten the king of Lowden to kneel before me because of my intimidating presence after my army had defeated his. Yet Allera wiped all that prestige away with a single, degrading glance.

Older sisters could suck the man right out of a fellow, I swear.

“What does it mean, oh wise one?” I mocked moodily, winking one eye so it would wrinkle that cheek in an effort to alleviate the sensation without actually touching it. That didn’t help either, dammit. “That I’m allergic to the kingdom of Donnelly? I could’ve told you that.”

I glanced around at the servants who’d stopped working to watch us pass. Even they looked clean and well-clothed. It was just plain weird. And suspicious. Could one kingdom really have this much wealth and good standing with their peasants and be so goddamn welcoming?

“No, you nimrod.” Allera sighed and shook her head. “It means your one true love is near.”

Forgetting about the peculiarity of my surroundings, I stopped walking and swung around to gape at my sister incredulously. “THE HELL YOU SAY!” 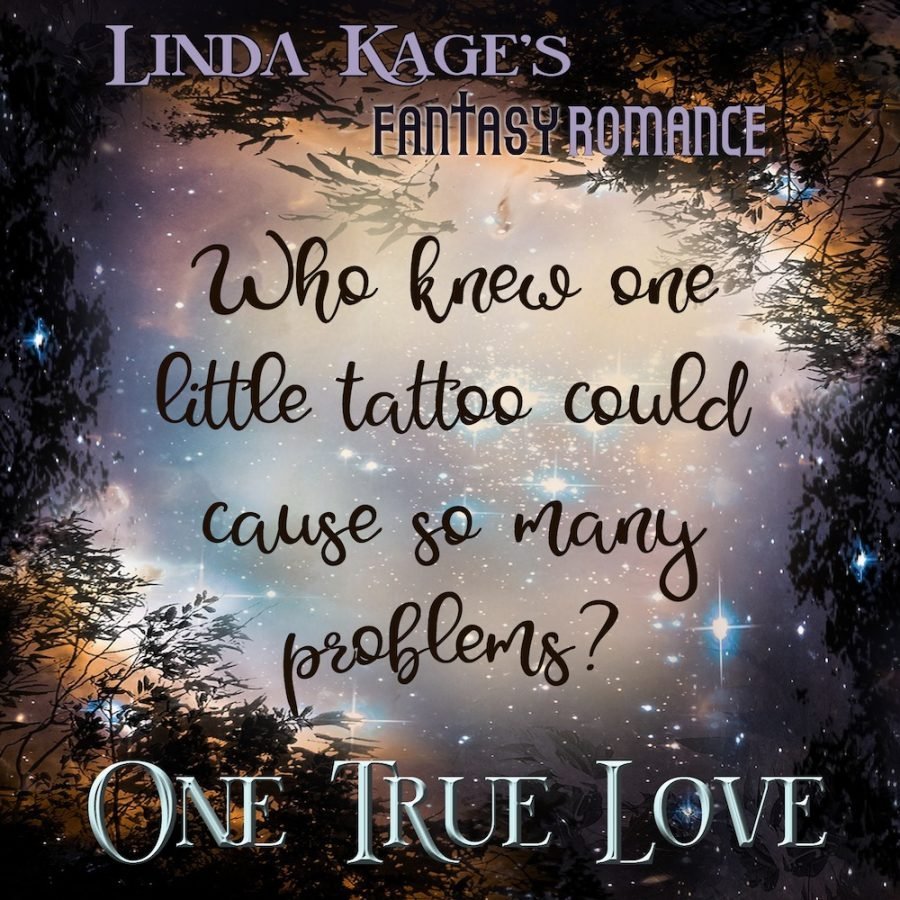 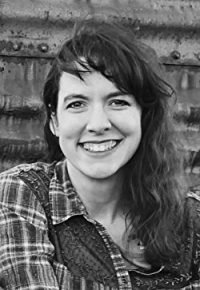 About the Author
Linda is a contemporary romance author from the midwestern USA, where she lives with her wonderful husband, daughter, and nine cuckoo clocks. The eighth and final child of dairy farmers, she was forced into having a vivid imagination if she ever wanted to do something one of her siblings hadn’t already tried. Feel free to visit her at her website: www.LindaKage.com.