Today is release day for LOST IN BLISS, the fourth book in the adult contemporary romance series, Nights in Bliss, by New York Times and USA Today bestselling author Lexi Blake writing as Sophia Oak. See below for information on the book, buy links, and an exclusive excerpt. 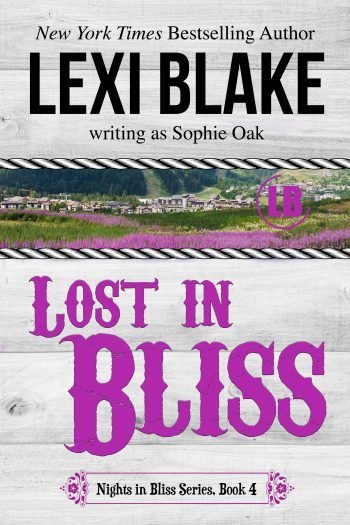 Synopsis
Laura Niles walked out the door and never looked back. As she left Washington, DC, her career was in ruins and her love life decimated. Her desperate flight eventually led her to Bliss, Colorado, where she managed to find a new home and a little peace. That will have to be enough because Laura cannot imagine finding happiness without the men she left behind.

For five years, Rafe Kincaid and Cameron Briggs have searched for the only woman they ever loved. When she disappeared, everything became crystal clear. For one night, everything had been perfect and instead of embracing what they had found, they let it all slip away. They had let worries about their FBI careers and what others might think destroy the most precious gift they had ever been given. Now they have finally tracked her down, and they want answers.

Laura is shocked when her former loves show up in her new home. When the full force of the FBI arrives with them, Laura knows that the quirky little town is in for a rough ride. The killer that ruined her life has been watching and waiting for the opportunity to strike again. For Rafe, Cam, and Laura it’s time for second chances — to stop a monster, and to reclaim everything they lost. 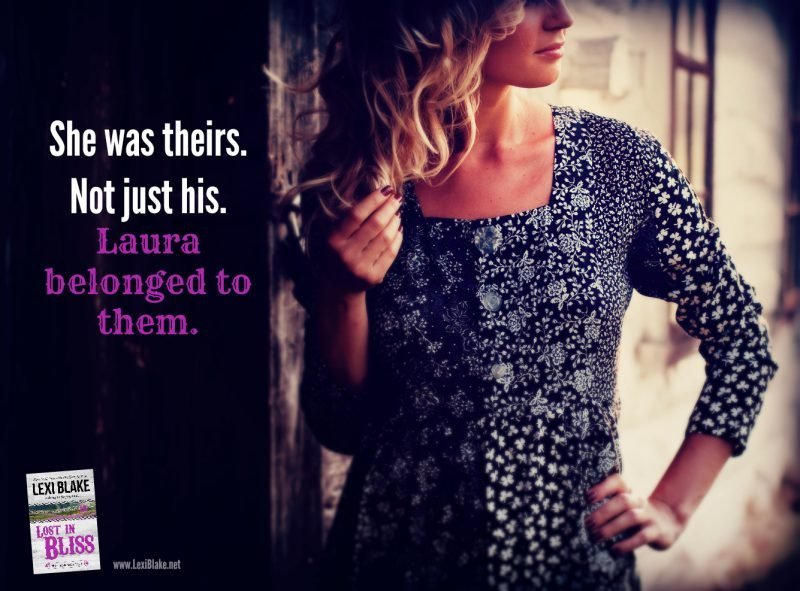 Excerpt
Rafe didn’t miss the way Laura’s body went still, her muscles stiffening where a moment before she’d been laughing with her friends. She changed the second she became aware of them. It wasn’t the greeting he would prefer. Back when they were friends, when she would see him coming, her whole body would go soft and a welcoming smile would transform her face from something professional to an intimate visage, one only meant for someone close to her. He’d taken great pride in the fact that he’d only ever seen that look on her face for one other person.

She frowned at him. Even with her lips turned down, she was stunning. She looked only slightly out of place in her yellow heels. The rest of her outfit was charmingly Western. She had on a full cotton skirt, a yellow tank top, and a light denim jacket. It wasn’t far off from what many of the other women were wearing, yet Laura made it seem elegant. Everything she did had an air of grace to it, even when she was bitching at him.

“I thought I asked you to stop calling me that.”

He wasn’t going to let her push him. He gave her what he hoped was an easy smile. “And I asked you to stop calling me asshole. I doubt you’ve done that. Dance with me.”

Her eyes widened, a look of horror crossing her face. “No.”

“Come on, baby. Don’t say no.” Cam crowded her, but she held her ground. Those heels were planted firmly in the grass beneath her. “I can’t dance with you until you dance with him. I lost the coin flip.”

“Oh, that’s romantic.” Her hands found her hips, and those gorgeously full lips pursed. “Every woman in the world wants to be won by the flip of a coin.”

“We didn’t have time to play cards,” Rafe admitted. He was well aware that people were listening in. Oh, they were pretending to be doing other things, but they leaned over and then talked behind their hands. The citizens of Bliss seemed to be enjoying the drama. Damn, he couldn’t get used to it. In DC, no one paid a bit of attention to what was going on around them. He tried to ignore it. “We weren’t sure how else to handle it, bella. You have to teach us.”

Her lips rose in a sarcastic grin. “See, that’s easy. Let me teach you how to handle a situation like this. You both turn around and walk out the way you came in. You get in your car and drive to Alamosa and get on a plane back to DC.”

Cam ran a hand up her arm, and Rafe was satisfied with the way she shivered. She still responded to Cam. Would she respond to him? He reached out and took her hand, studying it. Her hand was small in his, her skin fair against his olive tone. Her nails weren’t as long as she used to keep them, but they were still manicured and painted a pretty pink. “Come on and dance with me. We came all this way. We’ve looked for so long. Can’t you spare a moment of your time? I promise to behave.”

He wouldn’t behave. He had every intention of reminding her of the chemistry they’d had, but he wasn’t going to announce it.

“Fine.” She pushed off of the picnic table she’d been leaning against. “One dance and that’s all.”

“With both of us,” Cam added quickly, pushing the advantage. “It’s only fair. Otherwise, we’ll both dance with you here and now.”

There it was. Rafe’s heart soared. Her eyes had flared momentarily, and it wasn’t with disgust. When they had checked into the odd motel at the edge of town, they had decided it would be best to come at her together. She’d been turned on by sex with both of them. They needed to remind her of what they had to offer. 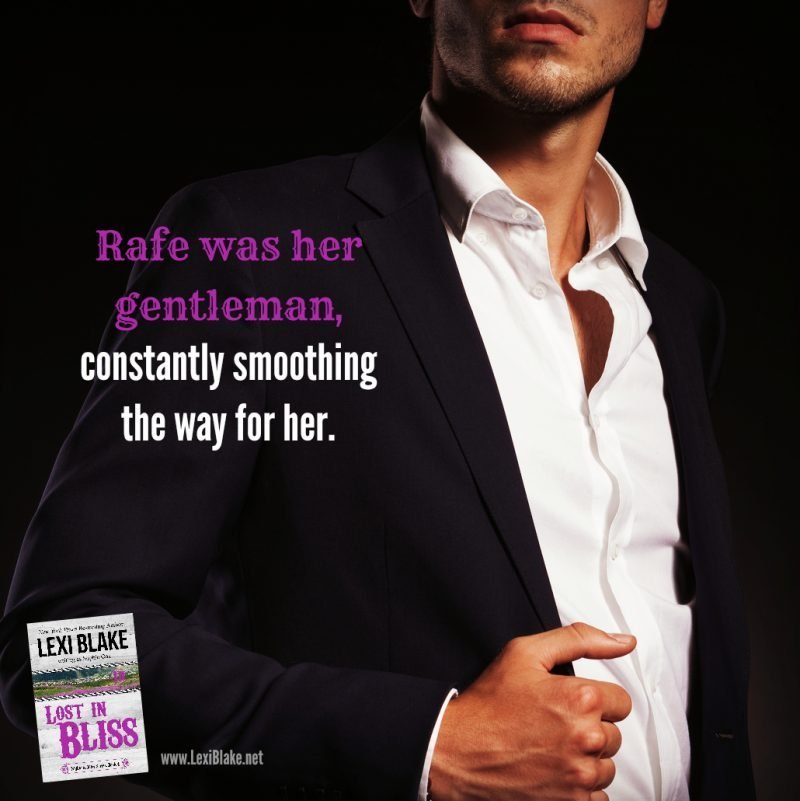