Synopsis
A Tortured Hero with a Heart of Gold

Growing up on the streets of Rio de Janeiro, Javier Almeida has only his older sister to protect him. When she’s sold to a human-trafficker, he vows to hunt down those responsible. Years later, Titan Group’s Delta team finds him, tattooed and brawling, a vigilante protector with information they want. They take him in and train him, working him harder than a man should be driven, until he’s a soldier harboring an obsession. Ready for revenge, Javier ghosts his way across the globe, tracking the men who took his sister and working elite private security jobs.

Jilted at the altar, Sophia Cole turns the reception into a one-woman party. She’s intent on devouring all the cake and champagne, so she can bask in the calories she’s been avoiding. In the midst of the revelry, he walks in, the one man she can never ignore. Javier is her older brother’s black ops teammate—an automatic Do Not Go There. But if there’s one thing better than fondant and a buzz to ease the wounds of a cheating fiancé, it might be a one-night stand with a South American military man.

Javier didn’t expect to see Sophia again. He never thought he would even want to see her again. He shouldn’t have touched her, but his mind won’t stay away from her. Now, Sophia Cole is thousands of miles away from the safety of her parents’ lavish estate and working alongside him in hell. She’s a staffer at an Embassy, and he’s there to keep them alive. There are bombs and bullets and blood-hungry enemies. And then she’s taken. Gone. Just like his sister. But so much worse.

My Review
I’m a huge fan of Cristin Harber (I think I say this every time I review one of her books) and an enormous fan of her characters. She writes the ultimate alpha male and tough as nails female protagonists that are easy to root for. This time is no exception, with a small caveat that Sophia grated on my nerves more often than she should have. I love that she works for the State Department and puts her life on the line for a cause she believes in. It’s a cause I believe in, too, so I immediately liked her. The way she handled her failed wedding was pure perfection. But she lost me when she wanted a white knight to save her. She didn’t seem the type. It was so out of character that I had to really stop and think about the circumstances she was in that made her suddenly feel this way. She’s still tough, and I still love her, but a little bit less than I wanted to.

Plot
Overall the plot is good, but it got repetitive when Sophia was put in danger not once, not twice, but three times. I would have liked to see more plot devices than the the same damsel in distress over and over again. There is a lot going on in the story, and it’s very edge-of-your-seat stuff as you expect from Ms. Harber, so there are any number of other nail-biting scenes she could have chosen for the first two plot points and save the big rescue for the climax. However, there’s a great little plot-twist at the end that saves it all for me.

Characters
Aside from the things I complained about above for Sophia, the characters are rock-solid Titan quality. Javier is fully developed, flawed, and easy to love. Sophia is also complex and interesting, I just wanted her to be tougher. And the rest of the Delta team is exactly as I want them to be.

What Didn’t Work for Me
1. The three rescues of Sophia – just felt like one too many.
2. Sophia’s need for a knight in shining armour. In my opinion, it made her come across weaker than she needed to be.

Top Five Things I Enjoyed About Delta: Revenge
1. Team Delta. They’re as hot and tough as ever.
2. Sophia’s mission. I love that she works helping women and children around the world.
3. Javier’s obsession. Needing to avenge his sister who was a victim of human trafficking is a great motivation that drives so much conflict within him.
4. The pacing. Excellent, as always! The story moves and never slows down.
5. Sophia’s botched wedding. The way she handles it made me instantly love her.

Bottom Line
Delta: Revenge is fast paced, steamy and #TeamTitan all the way! 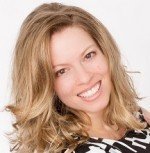