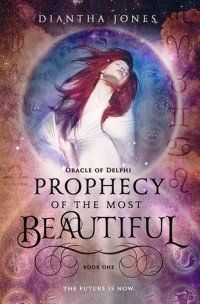 Synopsis
She has a destiny so great that even the gods fear her.

Constant hallucinations and the frequent conversations with the voices in her head, have earned eighteen-year-old Chloe Clever the not-so-coveted title of “Whack Job” in her home town of Adel, Georgia. Fed up with prescription meds and therapists, she wishes for a life where she is destined to be more than the butt of everyone’s jokes and mockery.

Be careful what you wish for has never rung more true.

After a vicious attack and learning that her favorite rockstar is an Olympian god, she is thrust into her new life as the Oracle of Delphi, the prophesier of the future. Setting out to fulfill the prophecy she has been given, Chloe learns of how great she is to become, all the while fighting mythical monsters and trying to outwit the ever-cunning Greek gods who harbor secrets of their own. While on a mission to discover the Most Beautiful, she strives to uncover the mysteries of the demigod Prince who has sworn to protect her with his life…and threatens to win her heart in the process.

My Review
I love Greek mythology so I jumped at the chance to read this young adult book by Diantha Jones. It started off slower than I would have liked, but once it got moving, it took off. Initially, I wasn’t sure what to make of Chloe Clever. Her use of the word “retard” repeatedly early on, turned me off to her immediately. For one, that word is loathsome, for another, her fear of being lumped in with kids in special education classes showed her ignorance. But her character growth was more profound as a result. She becomes someone completely different after learning her destiny. I had to let go of the girl who held such disdain for children with learning difficulties, which is easier said than done. But she is a teen, so I decided to give her the benefit of the doubt.

The two aspects in this book that worked the best for me were the action and the romance. The sexual tension between Chloe and Strafford was palpable, and the action scenes were dramatic, intense, and never rushed. What didn’t work as well were the long winding descriptions, and the sheer number of characters introduced, making it nearly impossible for me to keep them all straight.

Plot
Overall, the plot worked well. It was an interesting take on the gods and mythology and it moved along for the most part, although there were a few places where I found it dragging. The author does a good job of doling out just the information we need when we need it, so that we understand what’s happening without burning her hook. Despite a good flow, there are places where it gets very busy and it becomes difficult to follow the plot.

The main plot is really well done — discovering what the Prophecy of the Most Beautiful means. The romantic subplot also works really well, teasing us, making us wait, and then delivering a strong, emotional reward, like a carefully wrapped gift. I also particularly enjoyed the creative license Diantha Jones took with Greek mythology to fit her story. It was fun to see the worlds blending, bending, and diverging from what’s real, what’s myth, and what is pure author imagination.

Characters
As I said above, Chloe is initially unsympathetic. She was surly, rude, selfish, and damn hard to like. But it was more satisfying to watch her grow because of that s she began to put the needs of others above her own. Strafford Law was divinely delicious as the hot demigod love interest and his younger brother, Ace, is perfect in his role as cohort and foil. The dialogue is mostly well done, but there are far too many pages without any. I tend to like dialogue-heavy stories.

Some of the characters felt flat to me, which made it difficult for me to form an opinion about them. There are a lot of characters so it’s hard to really delve into so many. Maybe it would have read better with fewer, but more fully-developed characters.

Bottom Line
I enjoyed Prophecy of the Most Beautiful and recommend it to anyone who likes a well-researched modern Greek mythology story lots of romance and action.

Disclaimer
I was provided a copy of this book by YA Bound Book Tours in exchange for an honest review. 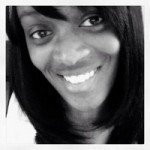 About the Author
Diantha Jones was born the day thousands of turkeys sacrificed their lives to fill millions of American bellies on November 22 which also happened to be Thanksgiving Day (Her mother says she owes her a turkey). She is a Journalism graduate who wants to be a career novelist (of books, not Facebook posts). When not writing or working, she is reading on her Nook, being hypnotized by Netflix or on a mission to procure french fries.

The Oracle of Delphi fantasy series is her first series. She is also the author of Mythos: Stories from Olympus, a companion series, and there is another fantasy series in the works. She also writes (new) adult fantasy/paranormal romance under the name A. Star.