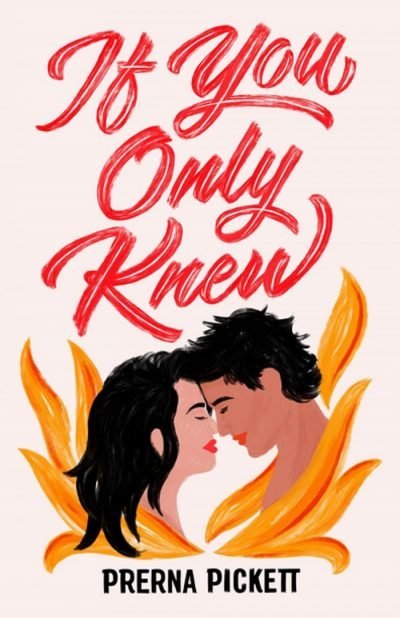 YOU ONLY KNEW by Prerna Pickett

Synopsis
A boy recently released from jail and the daughter of a prosecutor fall for each other against the odds in this YA novel.

Corey has just been released from jail, and all he wants is a new beginning. But when his former gang comes knocking, Corey agrees to vandalize the home of Kent Hopper, the prosecutor who put him away.

To erase the guilt she carries from getting away with a crime, Tessa spends most of her nights riding her motorcycle. When she catches Corey destroying her father’s car, she doesn’t see a criminal: She sees a way to finally right her own wrongs. So instead of turning Corey over to the police, she convinces her father to give Corey a second chance.

As Tessa and Corey spend more time with each other, it becomes difficult to ignore the pull between them. But they’re both keeping secrets, and when those secrets come to light, they’ll each have to face their demons in order to have a future together.

My Review
This story strongly reminds me of Katie McGarry’s books, so if you’re a fan of hers, this is right up your alley. Both main characters are troubled with secrets and dark pasts. Corey is a reluctant gang member, willing to do whatever it takes to keep his family safe, including doing a year in prison. Tessa is the daughter of the D.A. who put Corey in jail. So when the gang decides to take it out on the D.A.’s home and car, they drag Corey into the mayhem. Unable to deal with the guilt of what he did to the man who recommended the lightest sentence possible for his crimes, he goes to the man’s house and admits what he did, shielding the other members from blame to keep his family from the harm they would surely be subjected to if he ratted out the others. Tessa sees something in Corey and asks her dad to give him a second chance. This kicks off a tenuous friendship that evolves into so much more as Corey makes amends by repairing the damage his “friends” did to Tessa’s home. Tessa is hiding her own dark past that is only hinted at through much of the book. While she desperately wishes to confess whatever it is, she keeps finding reasons not to. But this ugly secret compels her to view Corey in a different light than most people do.

I love the characters and the romance. It’s angsty and emotionally deep. The only thing keeping me from giving this five stars is that it takes a long time to really get going. I was a good 30% into it before I was fully invested in the story and the characters. It was easier for me to engage with Corey early on, but I was slow to warm up to Tessa. She almost has too much hidden from the reader to empathize with her. But once I was able to start seeing her through Corey’s eyes, I eventually got on board with her as well.

Plot
The primary plot is the relationship between the two main characters, but there are strong subplots involving Tessa’s secret and Corey’s future. Both of these influence their relationship, making them integral to the main plot. There is also minor subplots regarding Corey’s mom’s career, an ex-boyfriend of Tessa’s and Tessa’s dad’s health and her concerns about him.

The Characters
I loved Corey instantly, but was slower to embrace Tessa. Both characters are incredibly complex and conflicted, making them intriguing. Tessa’s dad and Corey’s family are warm and provide a nice contrast to the two tortured protagonists. Told in dual first-person POV, we get deep inside both of their heads, allowing us to understand what makes them tick. Rounding out the cast is Tessa’s uncle and her cousin, who also happens to be her BFF, a vengeful ex-boyfriend, and Corey’s crew. The character development is one of the best parts of this book.

Top Five Things I Enjoyed About IF YOU ONLY KNEW
1. A sympathetic gang member. Corey isn’t really an anti-hero since his heart is always in the right place and he never devolves into something darker, but it was still good to see this side of gang activity, to see how good kids get drawn into that life.

2. Corey’s mom. She is so proud of her son despite his time in jail, and she never stops being his biggest fan.

3. Tessa’s dad. Much like Corey, Tessa’s dad grounds her in just the way she needs. Even though he’s a prosecutor, he still manages to see the best in people.

4. Redemption. Both characters have a redemption arc, and that’s one of my favorites.

5. Angsty romance. Another favorite of mine. These two have so much keeping them apart, that the intensity of their love is palpable. 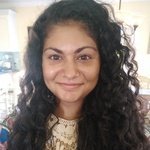 About the Author
I’m a wife, mom, writer, reader. Lover of foods, beaches, the ocean, shoes, starry nights. Sometimes I pretend like I’m good at drawing..