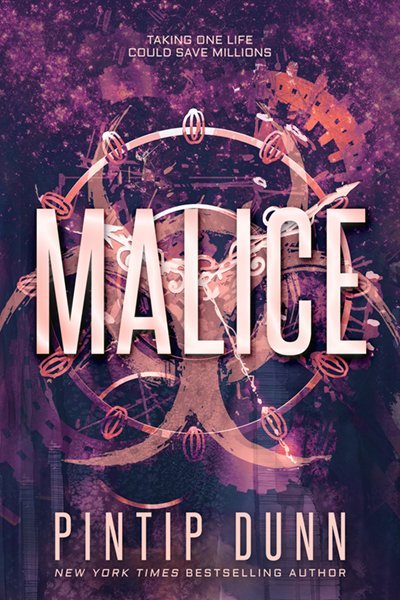 My Review
I know it’s only February, but unless something exceptional lands on my iPad later this year, this will go down as one of my top reads of 2020. Anyone who reads my reviews knows that I love young adult, angsty romance, and time travel. Pintip Dunn is a master storyteller and she weaves these three elements flawlessly in a page-turning tale of impossible choices with the fate of mankind at stake. Yeah, talk about the weight of the world on your shoulders. That is precisely what 16-year-old Alice is facing when a voice from the future tells her she must kill someone in the present in order to save millions of lives in the future. It takes Alice’s older self awhile to convince her she’s communicating from ten years in the future and that she can only give her the very basic information necessary to save the world, but once Alice is on board, she must figure out how far she’s willing to go to prevent the atrocities she witnesses through her more mature eyes.

When her older self shoves her into the path of hot Bandit Skeda, she wonders if maybe there might be a silver lining in all of this, at least until she’s forced to betray someone she dearly loves. Everything comes at a cost, and the price Alice must pay might just be more than she’s willing to bear. Even if everyone’s future depends on her.

Plot
Wow. I don’t know how to accurately portray how amazing the plotting is. Dunn captured my attention in the first chapter and kept me turning pages late into the night. I devoured this story even as I very much wanted to savor it so it would never end. But I just couldn’t stop. I’ve read a couple of reviews where the reader said they knew who the virus maker is from the first chapter, but I only thought I did. Then I was sure it was someone else, and then I was absolutely convinced it was yet another person. The author does an amazing job of keeping the reader guessing. This is more mystery than romance, but not in your typical “whodunnit” sense. Instead, we’re trying to solve a “who will do it” without any evidence to follow, only cryptic clues from the future. The world building is fantastic, from the glimpses into the future to the science behind time travel, I was sucked in for a wild ride that did not disappoint. The twists are friggin’ awesome and left my mouth hanging open more than once.

The Characters
The characters are fantastic. Alice is amazing as our conflicted protagonist with a heart and conscious and intense sense of duty. Bandit is dreamy and sweet and hot and alpha, but did I mention sweet? And then there’s Alice’s family and BFF. Her future self is both the same and yet different. Dunn does a stellar job of connecting the two halves into one believable whole we can love and root for.

Top Five Things I Loved About MALICE
1. Time Travel. My all-time favorite subgenre. Dunn does it justice with intense emotion.

2. Alice. I love her honesty, her devotion to her family, the way she loves the important people in her life. My heart ached for her on so many occasions and I never stopped wanting her to get her HEA with every ounce of my soul.

3. Bandit. He’s so much more than a pretty face and a hot physique. Bandit’s as complex as Alice and I adored him from the moment he was pushed into Alice’s life.

4. Science. I love how much of this is a part of the story and not just to explain the time travel stuff.

5. Foodies. I used to have a gluten free comfort food blog, so I totally get Alice’s devotion to photographing and sharing pictures of food, and I laughed at her failed attempts to cook something photo worthy.

Bottom Line
Another epic read from Pintip Dunn and my favorite book of 2020 so far. 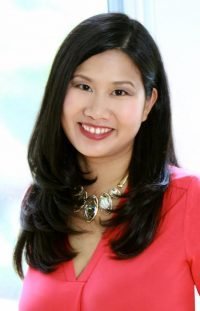 Pintip’s novel FORGET TOMORROW won the 2016 RWA RITA® for Best First Book, and SEIZE TODAY won the 2018 RITA for Best Young Adult Romance. Her books have been translated into four languages, and they have been nominated for the following awards: the Grand Prix de l’Imaginaire; the Japanese Sakura Medal; the MASL Truman Award; the Tome Society It list; and the Romantic Times Reviewers’ Choice Award. Her other titles include REMEMBER YESTERDAY, THE DARKEST LIE, GIRL ON THE VERGE, and the upcoming STAR-CROSSED and MALICE.