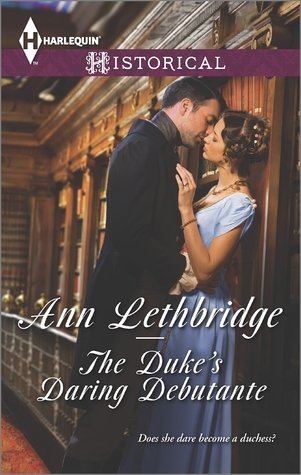 Synopsis
Disgraced by His Grace!

Frederick, Duke of Falconwood, has vowed never to marry, instead dedicating himself to protecting his country.

But when he’s caught in a very compromising position with a coquettish debutante, Freddy does the only thing that will salvage her reputation—he proposes marriage!

Even though Minette Rideau craves the stoic duke’s touch, she knows she can’t become his wife.

For giving in to her desires will reveal a shameful secret, putting much more than her virtue in jeopardy…

My Review
Other than the Outlander series, this is my first historical romance, and if this is what the genre is about, sign me up for more! The Duke’s Daring Debutante was equal parts romance and intrigue. When French debutante Minette Rideau has her sights set on retrieving something personal from a man named Moreau, she needs Freddy, the Duke of Falconwood, to help her. With his connections, he can get her into places she can’t go alone.

When they’re discovered in a compromising situation, Freddy’s sense of honor has him proposing to Minette, and her reputation and need to get to Moreau first, have her accepting. But what should be a relationship of convenience becomes something much more, making things more complicated than ever.

Plot
There are two main plots running in parallel, twisting and intertwining, becoming one. The first is the search for Moreau. Both Minette and Freddy are after him for very different reasons. The second plot line is the romance. But the two become one with the staged betrothal. Their common goal forces them to spend time together, and feelings of lust and longing become something more.

World Building
I’m not even sure exactly when the story takes place, although I suppose if I knew my British and French history, it would probably be clear. My best guess would be somewhere in the eighteenth or nineteenth century, but I don’t think the year is all that important. What matters are the details the author brings to the book, the cultural differences between France and England, the political implications, the societal norms for the day, and those are all vividly woven into the story.

Characters
I found all of the characters to be well-developed, and Minette and Freddy, especially so. Their growth over a short time felt rushed at times, but not so much that it didn’t ring true. Minette is bold, clever, loyal, and loving, making her quite complex. Freddy harbors deep wounds from a painful past that have him keeping everyone at arms’ length. Watching these two break down one another’s walls was quite satisfying.

Top Five Things I Enjoyed About The Duke’s Daring Debutante
1. Minette. She’s wild and free, strong, independent, and not afraid to go after what she wants. Minette is a woman who transcends time and genre.

2. Freddy. He’s got a dark side, but watching him twist the dark and light sides together and seeing the light win was fun.

3. Nicky and Gabe. They are the perfect couple. I’d love to read their story some day.

4. Ballroom Dancing. It never gets old, no mater the century.

5. Espionage. I loved this thread in the story and only wish there was more of it.

Bottom Line
The Duke’s Daring Debutante was a thoroughly engaging read, one that has whetted my appetite for more historical fiction. 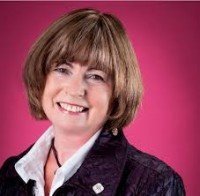 About the Author
An army brat born in England and now living in Canada, Ann grew up loving history, but majored in business, with history on the side. She has a husband and two lovely daughters and a Maltese Terrier called Teaser, who likes to sit on a chair beside the computer while she works.

Her love of the past and the stories in her imagination led her to write her first novel in 2000, a never-see-the-light-of-day-effort, and after having her first book published in 2006, she knew she’d found her niche.

She loves the Georgian era, and within that, the period known as the long Regency. She also adores happy endings.

You will find her books in bookstores in the month of issue, as well as on line at Mills and Boon or E-harlequin.