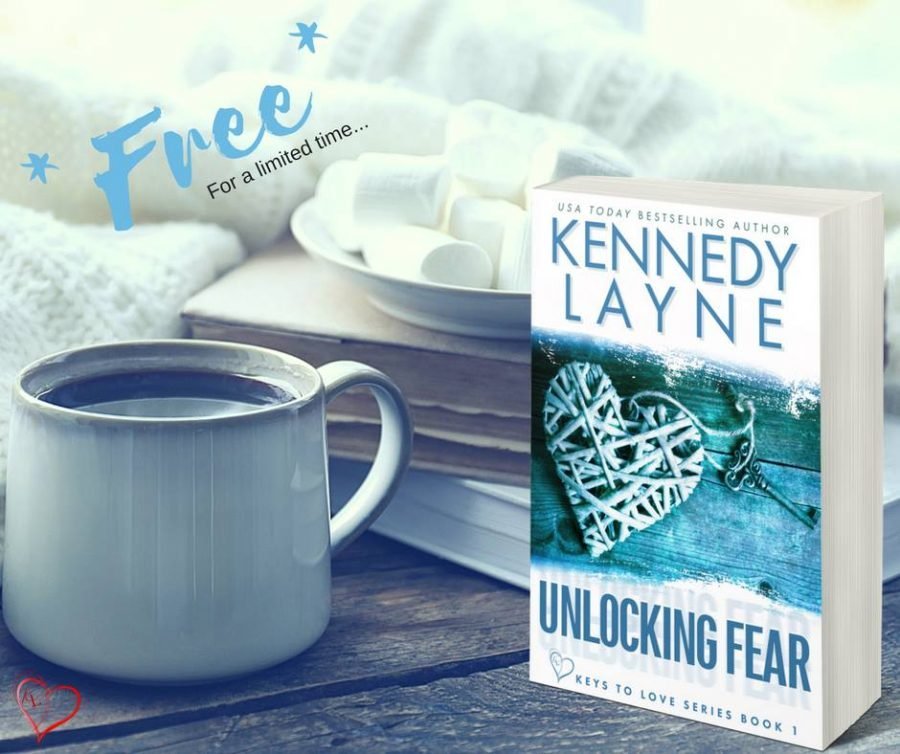 For a limited time, you can pick up UNLOCKING FEAR, the first book in the adult mystery/romantic suspense series, Keys to Love, by USA Today bestselling author, Kennedy Layne, for free. See below for information on the book, buy links, and an exclusive excerpt. 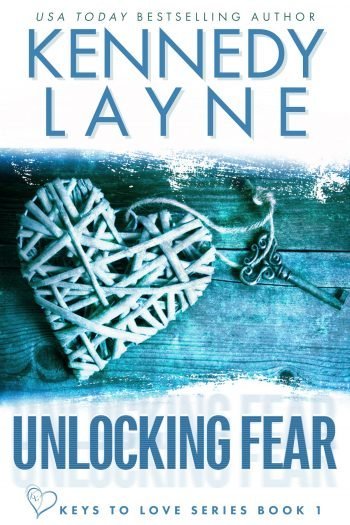 Synopsis
About the Keys to Love Series

Their homecoming wasn’t so welcoming. Four brothers and one sister each gave twelve years of their lives to serve their country and fulfill their family’s legacy of service. As each of them return to their home of record, they weren’t prepared for what awaited them—an unforgiveable sin that has been hidden for twelve long years. Secrets and lies are concealed in the dark shadows of the very town they were raised in, and the Kendall family will have no choice but to rely on one another to unravel the sinister evil that they all hold the keys to unlock.

About Unlocking Fear, Keys to Love #1
A chance mishap with a sledgehammer was the sole reason a chilling nightmare was unleashed in Blyth Lake.

Noah Kendall’s grisly discovery left him in the middle of a murder investigation and a neighbor who knew more than she was willing to say. Reese Woodward had returned to town with dark secrets, and he was determined to unravel them. While evil lurks in the darkness, seduction burns between them…only time was their enemy.

Will her secrets destroy what they’ve built, or can he earn her trust before the killer strikes again? Excerpt #2
Reese didn’t waste time and quickly jogged across the side of her yard to reach her porch. She took the steps at a rapid pace, almost missing what was out of place before she lunged over the rotted board.

Only there wasn’t decayed wood where there had been since she’d arrived over a week ago. At least, she didn’t think there was as she stared down at her feet.

Reese unhooked the small key ring she’d clipped to her belt loop on her jean shorts, sliding the key inside the deadbolt. She avoided the area as she leaned forward and slipped her arm inside to flip the light switch.

Instantly, the porch was bathed in a golden hue.

Sure enough, the old board had been replaced with a brand – new plank. All it needed now was a light coat of finish or stain in order to match the others. Chad must have stopped by earlier today, though she was surprised that he hadn’t driven over to Noah’s when the dirt road had basically turned into a parking lot.

She was appreciative that Chad had fixed the porch, but her previous anxiety had settled in her shoulders.

Had he been the one in the woods earlier?

Her gaze was immediately drawn in that direction, though the light from the porch made it hard for her to see so far out in the darkness. That didn’t stop her from dragging her gaze down the edge of the trees. The hairs on the back of her neck tingled.

Someone had been watching her.

Or was it all in her mind?

She did find a body today, and one that had been hidden for many years without fear of discovery. What if that wasn’t all that had resurfaced? She had come here to town to stir up long forgotten pain, and while in the process, she’d uncovered someone else’s secret.

Distant sounds from next door carried over in a gentle breeze that had finally resumed. An owl began to call for its mate, and a few of the crickets in her yard started to chatter.

Everything was returning to normal, yet she couldn’t shake off the impression that it was all a prelude to the coming crash.

Someone was still there out there. He or she had to be wondering why Reese had come here and unlocked their fear of discovery.

Had she just made herself a target?