Welcome to the book blitz for RIGHT KIND OF WRONG, the third book in the adult contemporary romantic comedy series, Books & Brews, by Sara Rider. See below for information on the book and series, buy links, an exclusive excerpt, and details on her giveaway. 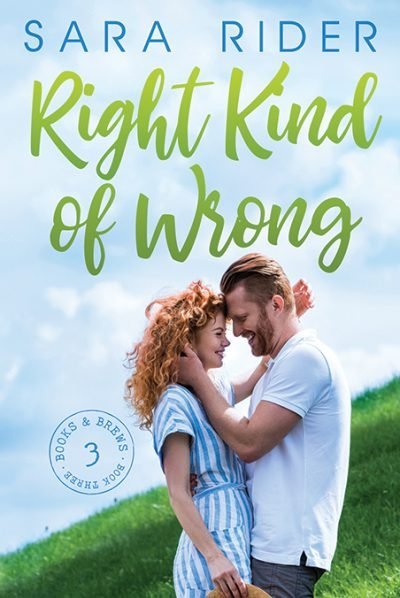 Synopsis
When Julia Hardin is hired to plan the local library’s annual fundraiser, it’s exactly the chance she needs to take her event planning business to the next level. With a shoestring budget and ridiculously tight timeline, it won’t be easy to pull off, but Julia has never shied away from a challenge before. Then again, she’s never met a challenge quite like Fergus MacNair, the town’s hot, grumpy librarian who’s determined to thwart her plans at every turn.

Fergus is willing to do almost anything to bring in more funds to support vital library programming. But nothing about working with Julia, a woman who gets under his skin like no other, is easy. Not her bossy attitude, not her over-the-top decorations, and most certainly not the way she sparks an uncontrollable desire inside of him. But when she accidentally returns a library book with a sexy doodle of him for a bookmark, he realizes just how unprepared he is for this partnership.

When Fergus discovers her doodle, Julia is certain this is one disaster she’ll never recover from. But when Fergus responds with a naughty drawing of his own, these complete opposites might just find a common language after all.

Excerpt #1
And of course Fergus MacNair, the Sexy Highlander Librarian himself, was behind the counter as she approached, glaring at her like she was a mouse that skittered in from a hole in the baseboards rather than a valued patron. She still didn’t understand what he had against her. Surely she wasn’t the only person in Shadow Creek who maxed out her renewals and still racked up late fees. Maybe it wasn’t just her. Maybe he hated everyone.

“Just in the knick of time,” she said sweetly, employing the tone of voice she’d use if she’d just been approached by a giant, angry dog.

“You’re three minutes late.” He didn’t look at her as he said it, but he did glance over her shoulder toward the door to where Mrs. Engquist was carrying an impossibly tall stack of mystery novels. “Have a good night, Mrs. Engquist.”

No matter how many times she was at the other end of his angry stares, she couldn’t help but think it was a pity that Fergus didn’t actually have a Scottish accent or wear a kilt.

“Oh, come on. You’re not really going to charge me late fees for being three minutes overdue?”

He stood, revealing the full effect of his huge, broad, six foot five frame. “Rules are rules, and breaking them has consequences.”

It was difficult to straighten her back with the shiver rolling down her spine, but she managed to do so right before defiantly shoving the paperback through the slot in Fergus’s desk. “I guess you’ll have to punish me.”

His eyes narrowed, and even though she knew he disliked her, she couldn’t help but picture him reaching across the counter with his giant hands and dragging her toward him to have his filthy, wicked way with her. Instead, he sat down and turned his attention back to the computer screen and ignored her.

She sighed. This is why she was still single. She’d been asked out on three dates in the past year by three completely nice guys, but the only man she felt any kind of a spark with was the one currently Googling the quickest way to dispose of her body. 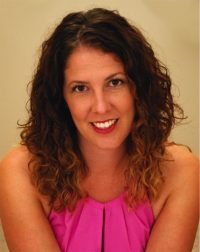 About the Author
Sara Rider writes contemporary romance full of heart, heat, and happily ever after. She lives in British Columbia with her husband and daughters. She spends far too much time in public libraries and never leaves the home without her e-reader stuffed in her purse.