Welcome to the blog tour for THE STORY OF US, a stand-alone adult contemporary based on a Hallmark Channel Original movie, by Teri Wilson. See below for information on the book, buy links, an exclusive excerpt, and details on her giveaway. 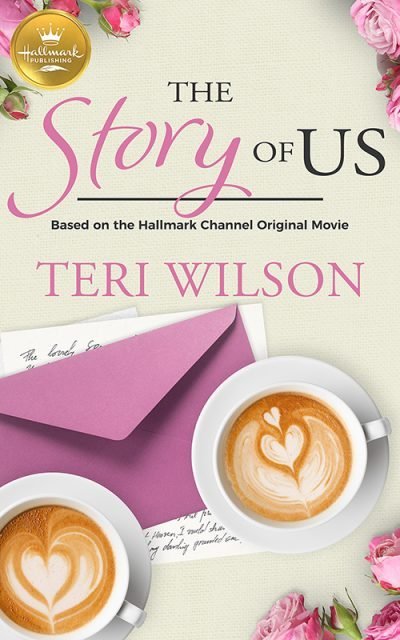 THE STORY OF US (A Hallmark Channel Original) by Teri Wilson

Jamie always adored True Love Bookstore and Café, and now she’s the owner. But businesses are struggling in her small town, and her beloved store is threatened by a new retail development scheme.

Sawyer, Jamie’s former high school sweetheart, startles her when he comes to town for the first time in fifteen years. She soon learns he’s the architect of the proposed development and he’s there to sell local business owners on his plan. Sawyer had no idea that Jamie had bought the bookstore and poured everything she had into it. If he takes it over, he’ll break her heart a second time.

Jamie’s discovery of a box of old love letters and valentines might hold the key to saving her shop. And after all this time, could love be in the cards for Jamie and Sawyer, too?

She couldn’t stop thinking about all the intimate words she’d read the night before. She’d pored over the letters for hours with her breath caught in her throat, and by the time she’d gotten to the final one, tears had been streaming down her face.

“Mary and Harris—the original owners of the bookstore. I found some of their letters in The Story of Us box. Harris broke up with Mary before he was shipped overseas for World War II because he didn’t want her to wait for him.” Sort of like the way that Sawyer had broken up with Jamie before he left Waterford for college, except their story hadn’t ended nearly as happily as Mary and Harris’s. “But she ignored him and kept writing to him anyway.”

What would’ve happened if she’d acted like Mary and written to Sawyer after he’d moved away? She couldn’t shake the nagging question of what if. At the time, she hadn’t even considered fighting for their future together. She’d simply accepted his decision and plunged headfirst into a carton of ice cream. Wasn’t that how heartbreak was supposed to work?

But Harris had gone to war. He hadn’t wanted to tie Mary to him because he’d thought he might die in battle and leave her heartbroken. Sawyer had left to go to school, and she could only guess he’d ended their relationship because he’d wanted to be free to chase after other girls. Really, their situations had been completely different. And if she and Sawyer had been soulmates—if they’d been destined to be together, like Harris and Mary—their breakup wouldn’t have stuck.

Eventually, they would have found their way back to one another.

He is back in town, remember?

As if she could forget. Every time she turned around, Sawyer was right there…causing trouble for her and her bookstore at every turn. 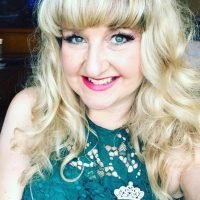 About the Author
Teri Wilson is a Publishers Weekly bestselling author of romance, women’s fiction and romantic comedy. Three of Teri’s books have been adapted into Hallmark Channel Original Movies by Crown Media, including UNLEASHING MR. DARCY (plus its sequel MARRYING MR. DARCY), THE ART OF US and NORTHERN LIGHTS OF CHRISTMAS, based on her book SLEIGH BELL SWEETHEARTS. She is also a recipient of the prestigious RITA Award for excellence in romantic fiction for her novel THE BACHELOR’S BABY SURPRISE. Teri has a major weakness for cute animals, pretty dresses and Audrey Hepburn films, and she loves following the British royal family. Visit her at www.teriwilson.net or on Twitter @TeriWilsonauthr.