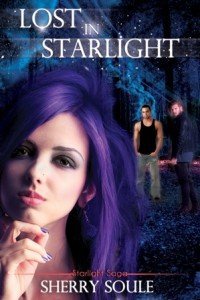 Synopsis
Star reporter Sloane Masterson knows she has one helluva story when she witnesses hottie Hayden Lancaster bending forks with his mind.

Like any good journalist, Sloane sets out to uncover the truth, even if it includes a little stalking. When the superhuman feats start to pile up and the undeniable heat rises between them, Hayden has no choice but to reveal his secret: he’s an alien hybrid.

They’re as different as night and day—she’s a curvy, purple-haired, horror junkie and he’s a smoking hot, antisocial, brainiac—yet the intense fascination between them refuses to go away. Even at Hayden’s insistence that dating each other is “off limits” and dangerous, their fiery attraction threatens to go supernova.

Now Sloane’s dealing with creepy government agents, über snobby extraterrestrials, and a psycho alien ex-girlfriend out for revenge. After a crash course on the rules of interstellar dating, Sloane must decide if their star-crossed romance is worth risking her own life.

My Review
I thoroughly enjoyed Lost in Starlight by Sherry Soule. Her youthful voice, fun and quirky characters, and intriguing plot hooked me from the first chapter. There were a lot of similarities to Jennifer L. Armentrout’s Obsidian — the main character runs a review blog, but in this case horror films and not books, there’s a hot alien with unusual eye color, an equally hot alien ex-girlfriend, a secret alien society, and oppressive government involvement. But there were also enough differences that I found myself lost in the story and stopped trying to compare the two.

Plot
The plot moves along, the dialogue is witty, and I’m ready to read the rest of the series whenever it’s available. To me, that’s solid storytelling. There were a few things that kept it from being a full five-star review. For one, I felt like there were a few gratuitous kissing scenes. Now don’t get me wrong, I LOVE kissing scenes, they are among my favorite types of scenes. But they tend to lose their effect when there are so many of them, and nothing really develops. I’m not saying that things needed to escalate, but if there is no escalation, we don’t need the play-by-play for every kiss. If it’s just more of the same, it’s okay to gloss over it to keep the plot moving forward.

Another issue I had was that Sloane seemed to overthink things to the point that I didn’t feel like she was developing as much as I’d hoped. She seemed stuck, and given her situation, that’s understandable, but the reader doesn’t need to revisit the same points with her over and over again. 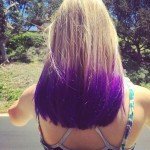 Characters
Sloane is fantastic. She’s strong, smart-mouthed, funny, and confident. I love that she’s not super skinny and that she’s mostly content with her size 12/14 body. That really sets her apart from so many other young adult protagonists. I love her crazy purple hair. In fact, my daughter just had her hair colored and chose purple, so when I read about Sloane, she was already somewhat endeared to me just because of that. And I can personally relate to having big boobs in high school and the utter obsession boys have at that age of talking to your chest.

I adore her two best friends. Both of them are interesting, non-stereotypical, loyal, and exactly the kind of girls I’d want to have for my besties. Hayden is pretty cool, too, although I’m still trying to piece him together. In some ways, he’s a selfish teenage boy who just happened to fall in love with the wrong girl, but manages to do the right thing at times. In other ways, he seems far older than 18 and he talks way more than any teenage boy I’ve ever met. But all things considered, he’s not your average teenage boy, which makes him interesting and unpredictable.

About the only characters I found lacking to the point of distraction were Tama and Darion. Without giving anything away, I’ll just say I had a hard time believing their actions. It’s possible we’ll get a little more insight into them in the next book in the series, but for this story, I had to suspend a lot of disbelief to get through their scenes.

Bottom Line
Lost in Starlight is a fast-paced, fun read that left me wanting to read more. 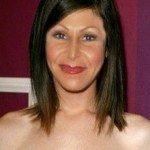 About the Author
Sherry Soule lives with her family and one very spoiled black cat in the San Francisco Bay Area. She is the bestselling author of the adult novel, “Immortal Eclipse” and the popular YA series: Spellbound. Sherry writes thrilling tales of romance and suspense, often mingled with a dash of the mystical and a splash of trendy fashion. Her love of literature began when she was a young girl and it has continued throughout her life.

Her published novels do not include any graphic sex scenes or explicit violence, nor excessive profanity, so that all of her novels can be read and enjoyed by both teens and adults.

Sherry’s debut novel, “Beautifully Broken” was nominated for Best Paranormal Romance in the 2011 Wizard and Witch/Sorcery category by The Romance Reviews (TRR). Her adult novel, “Immortal Eclipse” is a *TOP PICK* by Night Owl Reviews.