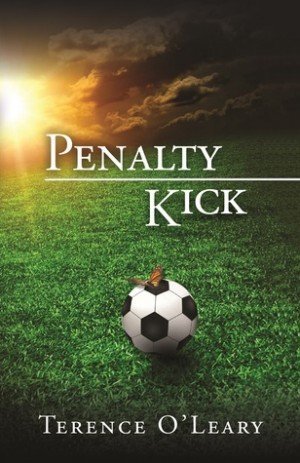 Josh lives for soccer until the day of the accident.

Brooke knows what it is like to wake up in a hospital bed with your whole life shattered.

Inspired by true events, Penalty Kick is a poignant love story about a teenage girl who tries to help a fifteen-year-old boy overcome devastating loss.

My Review
I’m a little torn on Penalty Kick. On the one hand, it’s got some really awesome themes and great characters. But it reads more like non-fiction than fiction. It’s a good story, but it’s lacking the raw, powerful emotions that fiction lends itself to, drawing the reader in, making us feel. I understood the emotions involved, but I didn’t feel them.

Penalty Kick is the story of fifteen-year-old Josh reeling from the loss of his mother in a car accident while he was behind the wheel. It’s also the story of Brooke, a sixteen-year-old cancer survivor who recognizes the pain and fear in Josh’s eyes. And it’s about Alan and Jessie, Josh’s father and nine-year-old sister, who are also dealing with the loss of Josh’s mom in their own ways.

It’s the story of love, loss, and redemption. Learning  how to forgive. About second chances. It’s not really a romance though, so if that’s what you’re expecting, you won’t get much. There is a romantic subplot, but it’s tertiary.

Plot
This is one area I feel is lacking. As I said, it reads more like non-fiction than fiction. Even so, there is a main plot involving Josh recovering from the accident on an emotional level. Following the accident, he gives up playing soccer because he blames soccer for the accident. They were driving home from the game when it happened. There are also some subplots involving Josh’s relationship with Brooke as well as with his father. It’s a compelling story, but I never felt sucked in, getting lost in the pages.

World Building
There is very little world building, although we do get a pretty in-depth view into the game of soccer. Many scenes involve technical descriptions of practice, technique, or the game itself. What world building there is centers around the world of soccer.

Characters
Josh is a complex kid with deep wounds, both physical and emotional. It’s easy to understand his pain even if I never felt it. Brooke is his love interest, but she’s really so much more. She’s an anchor and a friend. Someone who won’t give up on Josh, even if he wants to give up on himself. The character development is pretty good as Josh and his family work their way through grief.

2. Brooke. She recognizes a boy in need and is relentless in her desire to help him.

3. Jessie. Josh’s little sister has the ability to see things exactly as they are and saying what she thinks.

5. Hope. The message of hope threading through the story, that forgiveness is yours for the taking and that grief is a process not a destination, is fluid and authentic.

Bottom Line
Penalty Kick is a raw story of love, loss and healing, but it reads more like non-fiction. 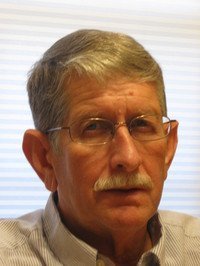 About the Author
Terence O’Leary was born in Chicago, Illinois, but has spent his teenage and adult life in Northwest Ohio where the varied seasons and sports provide the background for his three ‘sports as therapy’ young adult novels.

A graduate of the University of Toledo with a degree in Journalism, English and Psychology, O’Leary’s critically acclaimed realistic coming-of-age stories focus on teenagers facing a family crisis.