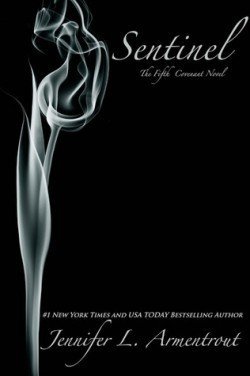 Synopsis
It’s a beautiful day for a war.

As the mortal world slowly slips into chaos of the godly kind, Alexandria Andros must overcome a stunning defeat that has left her shaken and in doubt of their ability to end this war once and for all.

And with all the obstacles between Alex and her happily-ever-after with the swoonworthy Aiden St. Delphi, they must now trust a deadly foe as they travel deep into the Underworld to release one of the most dangerous gods of all time.

In the stunning, action-packed climax to the bestselling Covenant series, Alex must face a terrible choice: the destruction of everything and everyone she holds dear… or the end of herself.

My Review
I want to give this book more than five stars. Because I gave Apollyon five stars and this is even better. Because this is how you end a young adult series. Not a happily ever after, but it’s satisfying and leaves us with hope instead of despair. Because it didn’t ruin the entire series for me for a change.

This final book in the series is almost non-stop action, but not to the point that it becomes exhausting. The author slows it down enough to allow us to catch our breath before ramping it back up again. I’m not someone who is easily moved to tears. Just ask my husband. He cries during movies before I do. But a few really moving, bittersweet, and heartwarming moments managed to wet my Sahara-dry eyes.

Plot
Sentinel is almost entire plot-driven, although there are still a few moments of character development that are like the most delicious cherry on top of the perfect sundae. With everything in the previous books leading to war, war has finally come and Alex and her friends must fight for everything they know, love, and believe in.

And because it’s war, people get hurt and people die, but there are no senseless deaths. Each death serves a purpose, to move the plot, to further the story. And as painful as it is to lose characters we love, when well-done, they make the story richer.

World Building
If possible, the world building is even more complete this time around. It was already incredibly well developed, but the more the world unfolds, the more there seems to be to still learn. Like the TARDIS, it’s bigger on the inside.

Characters
The characters in Sentinel are still fascinating, still fully developed, but they had room to grow, and that’s exactly what they do. Seth is the boy I always knew he would be and that was beautiful to see. Watching Alex accept her fate with grace and dignity was worth the wait. And Aiden…what can I say, he is the ultimate book boyfriend to the very end.

Top Five Things I Love About  Sentinel
1. The action. There’s a lot of it and it’s all really well done.

2. Alex and Aiden. Still the cutest young adult couple in all of Greek mythology.

3. Seth. Seth is back and better than ever.

4. Apollo and Alex. There is a really bittersweet scene between the two of them that just really works.

5. The end. A completely satisfying conclusion to a fun series.

Bottom Line
The perfect example of how to wrap up a young adult series in a satisfying way.