Cleo has struggled to heal after her baby sister’s death, but the flashbacks to the accident won’t go away. With the move, she vows to keep her tragedy a secret and avoid pitying looks.

Something’s strange about the abandoned house across the street-flashes of light late at night and small flickers of movement that only someone looking for them would see.

Everyone says the house is deserted, but Cleo is sure it isn’t, and she’s sure whoever is inside is watching her.

In one night, Belleza’s life changes forever. So famous, her only choice is to hide her secret from the world so she can silence small town bigotry.

My Review
Sudden Secrets is a well-written, emotional tale of teen, Cleo, whose family has suffered the tragic loss of Aziza, her four-year-old sister. In an attempt to heal, they relocate to a small northern California town that has its own secrets. Cleo’s life is shattered not only by the loss of her sister, but also as the fracturing of her family in the aftermath. Her mom disappears into herself while her father disappears to Afghanistan on an archeological expedition. Even her grandfather withdraws, becoming a shell of his former self. And if that isn’t bad enough, Cleo blames herself for the accident that took her sister’s life.

Cleo’s mom sees the relocation as a chance to heal, Cleo sees it as an opportunity to start over, even if she’s not sure that can happen. Cleo runs to escape her pain and when she runs to the nearby high school and meets super-hot Ethan, things are looking up. At least until she meets Ethan’s equally hot girlfriend, Stacey.

Cleo manages to begin rebuilding her life, making friends with Stacey, Ethan, and eternally boisterous Rudy. When she notices some odd activity in the supposedly vacant house across the street, the four of them embark on solving the  mystery that dates back more than five decades and may or may not involve a local hero.

Plot
The plot is multi-pronged with the main plot centering on pain surrounding Cleo and her family, but a strong subplot is the mystery of Belleza and the house across the street. The romance is a minor subplot, which works fine in this case. My only real complaint with the plot is that the romance seems almost irrelevant to the story. It would have been nice if it was intertwined more, not necessarily a bigger part, just more of a factor.

World Building
What there is, is subtle, but the setting isn’t terribly important. It’s small town Northern California and the author does a good job of evoking that misty, foggy Bay Area atmosphere enough to set the scenes.

Characters
This is almost entirely a character-driven story and that’s where it really shines. Each character is well-developed, even the secondary and tertiary ones. They all have rich and deep back stories that fit the plot and are never extraneous nor feel forced upon us. We learn about the characters at exactly the right time, when the information is crucial to the story.

The character development is really well done, too. Everyone from Cleo to her family and Belleza across the street grow and develop through the story in very believable, authentic, organic ways.

Top Five Things I Enjoyed About Sudden Secrets
1. The Mystery. I love when an author can pique my interest, keep it, then let that interest bloom and grow by revealing bits and pieces of the secret. C. Lee McKenzie has done a masterful job of this in Sudden Secrets.

2. The Romance. No, it’s not the main plot or even a strong subplot, and I did mention that I wished it’d been more integral to the story, but what I enjoyed about it was that it was anything BUT formulaic.

4. Cleo. She’s extremely likeable, even though she’s flawed. She does things that made me shake my head, but I always knew her heart was in the right place. She was a refreshing change from the typical young adult protagonist.

5. Rudy. There is something so infectious about him, that just reading about him made me smile.

Bottom Line
Sudden Secrets is an intriguing story with complex characters that worm their way into your heart. 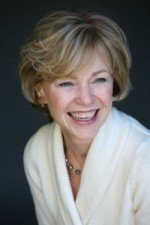 About the Author
In my other life–the one before I began writing for teens and younger readers–I was a teacher and administrator at California State University, San Jose. My field of Linguistics and Inter-cultural Communication has carried me to a lot of places in the world to explore different cultures and languages. I can say, “Where’s the toilet?” and “I’m lost!” in at least five languages and two dialects. Go ahead. Pat me on the back.

My idea of a perfect day is one or all of the following: starting a new novel, finishing writing a blockbuster novel, hiking on a misty morning trail in the Santa Cruz Mountains, saying Namaste after a great yoga practice, sipping a cappuccino topped at a bustling café, reading in front of a fire with snow outside, swimming in an ocean someplace.