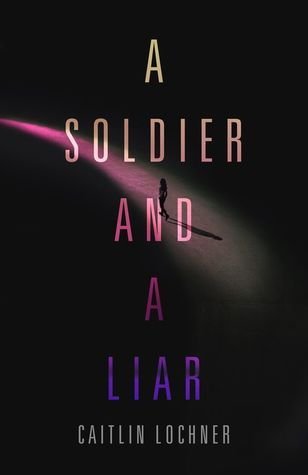 A SOLDIER AND A LIAR by Caitlin Lochner

Synopsis
In a world on the brink of war, four superpowered teens must learn to work together for peace in Caitlin Lochner’s action-packed debut novel, A Soldier and A Liar.

Lai Cathwell is good at keeping secrets. As a Nyte, a supernaturally gifted teenager who is feared and shunned by the ungifted, this skill is essential to survival. Orchestrating her own imprisonment to escape military duty has only honed her ability to deceive others. But when rebels start attacking the city, Lai is dragged back into the fight with a new team of Nytes.

Thrown together with Jay, a self-conscious perfectionist consumed by the desire to be accepted; Al, a short-tempered fighter lying for the sake of revenge; and Erik, an amnesiac hell-bent on finding his memories and his place in the world, Lai realizes she’s facing an entirely different kind of challenge–one that might just be impossible. But if this team can’t learn to work together, the entire sector will be plunged into war.

My Review
I wasn’t sure what to make of A SOLDIER AND A LIAR at first. It starts off slow and the characters are difficult to relate to, but I’m glad I stuck it out. The story and character development really picks up at about the 50% mark and takes off after that. Lai Cathwell is 17-year-old superpowered soldier. She and fellow young adults, Al (Johann), Erik (Mendel), and Jay (Kitahara) form an unlikely team of enhanced humans known as Nytes, on a mission to take out an elite squad of rebel Nytes determined to overthrow the Etiole government. While Nytes have powers, they are shunned for them, treated as second-class citizens at best. Lai wants acceptances and equality for Nytes, while the other three each have their own reasons for accepting the mission. With four different motivators, to say they’re a team would be a massive overstatement. Trust is hard to come by and suspicions run high. As their leader, Jay wants cohesion and solicits Lai’s help to make that happen. The more Lai learns about her teammates, the more she both likes them and distrusts them. But they’ll be forced to work together, whether they like it or not, to prevent all out war.

Plot
I think the primary plot is about the mission and stopping the war, but it feels more like it’s abut the relationships between the four Nytes as they get to know each other and grudgingly begin to trust one another. The action scenes are really well done, but they don’t drive the plot as much as the interpersonal scenes do. And it’s those scenes that made me care about the outcome of the action scenes. There’s also a budding romance between Jay and Lai always simmering just below the surface. This relationship came across as forced initially, but as with the rest of the book, it hit its stride about halfway through.

The Characters
The characters are my favorite part. Watching shy, socially awkward Jay try to navigate his attraction to Lai, Lai’s heavily armored exterior giving way to friendships, Erik’s selfishness giving way to something more, and Al’s standoffishness meld into someone I could identify with was what made this story really work for me. The author has created deeply authentic characters that are initially tough to get to know, but evolve with time at the same pace for us as they do for Lai. By not trying to force us to care early on, the author does us a favor and allows the reader’s feelings to grow organically as the story progresses. There are a lot of secondary and tertiary characters, who only make sporadic appearances, so I found myself flipping back to reread the scenes where they were first introduced.

Top Five Things I Enjoyed About A SOLDIER AND A LIAR
1. Scene setting. The author has a way of bringing her settings to life in this world where people live in underground sectors to protect them for dangers above ground that only Nytes can survive. The descriptions are so vivid, I had no difficulty immersing myself in this world.

2. Friendships. The relationships between the characters develop over the story, so that the reader builds the same relationship at the same time as the narrator.

3. Super powers. This isn’t your typical superhero story, but the powers the Nytes possess are no less fun and shape the story as much as anything else.

4. Equality. Whether it’s Sneetches with stars upon thars, the color of one’s skin, or being a Nyte or Etiole, everyone wants to be seen as equal, and this classic theme is well done.

5. Lai. She’s fierce, independent, and just vulnerable enough to make her a heroine worth rooting for.

Bottom Line
A different take on superheroes and dystopian adventures with strong characters. 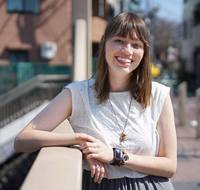 About The Author
(Um, so, wow bios are hard.) I studied creative writing at the University of South Florida and used my BA in words to become an English teaching assistant in Tokyo. I’m in love with storytelling of any kind, but especially in the form of books, manga, and video games. If you ever want to talk nerdy, I am VERY down.