Crossing the Barrier (The Gray Eyes #1) by Martine Lewis

Synopsis
High school student Malakai Thomas, star wide receiver of the varsity team, collides with band member Lily Morgan on his way to football practice. As days go by, Malakai cannot get the petite clarinetist out of his head.

Lily Morgan can feel everyone’s emotions. She loses her ability to shield herself against them the day Malakai runs into her. Now she must try to maintain her sanity in the emotional jungle that is high school, as well as deal with her growing feelings for Malakai.

Can Malakai get over the social stigma and his own internal struggle to be with Lily? Is Lily’s secret too big to accept, even for him?

My Review
Lily Morgan is an empath. She feels what everyone else feels, but she has the ability to block those feelings. That is until Malakai slams into her in the hallway on his way to football practice. Lily hits her head and loses that ability. In high school, she’s overwhelmed with teenage emotions. Not to mention that Lily’s own mother hates her, which she can no longer shield herself from. Lily’s best friend, Sandra, and her brother, David, are the only two outside her family who know about Lily’s gift and they’re supportive in a way friends should be. Sandra helps her navigate the school hallways as she’s bombarded with everyone’s angst, drama, anger, fear, and every other emotion teens feel in the span of three minutes between classes.

Malakai and Lily have strong feelings for each other from the get go, but forces outside their control threaten to keep them apart. Other than Lily’s inability to block emotions, the paranormal aspect doesn’t really come into play much in the story. Until the very end in a surprise twist I didn’t see coming and absolutely loved! 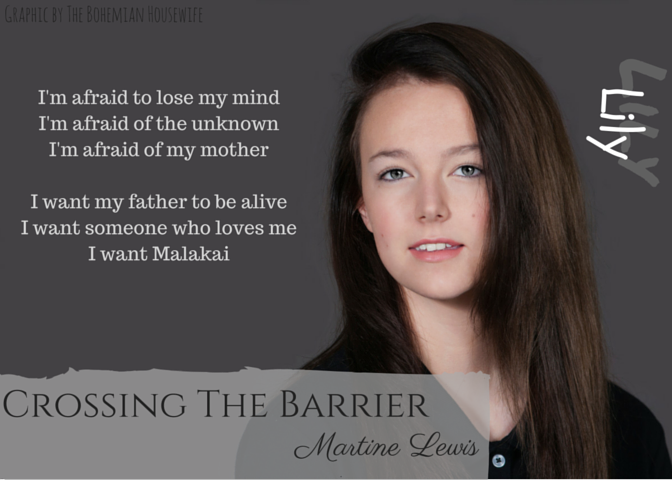 Plot
The plot is a young adult romance. Will Lily and Malakai be together? There is a fair amount of angst threaded through this plot as one thing after another forces them to wonder if they are really meant to be. The subplotting of Lily’s relationship with her mother is interesting and a little over the top at first, until more is revealed about their relationship in yet another twist. The pacing was a little slow throughout, but not to the point that it dragged, but for a paranormal, I guess I was expecting more action.

Characters
The third-person point of view made it difficult for me to really connect with either character the way I normally do in young adult. At least at first, but once I got into the story, I almost forgot it wasn’t first person.Lily, despite her ability, is a little naive and a bit of a doormat at times. It made it hard to identify with her. I would have liked to see more backbone in her. She does grow through the story, though, and she’s tougher toward the end. Malakai has his own issues. His mother left him and his father as a child without explanation. Abandonment by your mother is tough on any kid. Add to that a usually absent military father, and Malakai is basically raising himself. I thought Malakai had a lot more depth than Lily and I was glad we got to see Lily through his eyes. I think that made her more sympathetic.

Ending
The ending was my favorite part of the book and left me breathless for the next in the series. 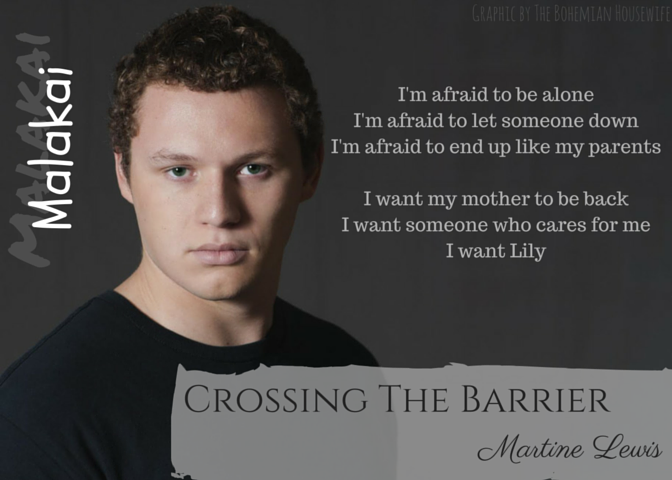 Top Five Things I Enjoyed about Crossing the Barrier:
1. Transparency. Because Lily could feel everyone’s emotions, nothing was hidden. That was a cool angle for young adult.

3. Drama. The conflict between Lily and her mom was some of the best in the book and as the reasons became apparent, it only got better.

4. The ending. I won’t spoil anything, but it was one of the best twists I’ve read lately.

5. Football. This is my favorite sport. I thought I was going to be reading a paranormal, so the sports angle was a pleasant surprise.

Bottom Line
Crossing the Barrier is essentially a contemporary young adult romance with a paranormal twist. 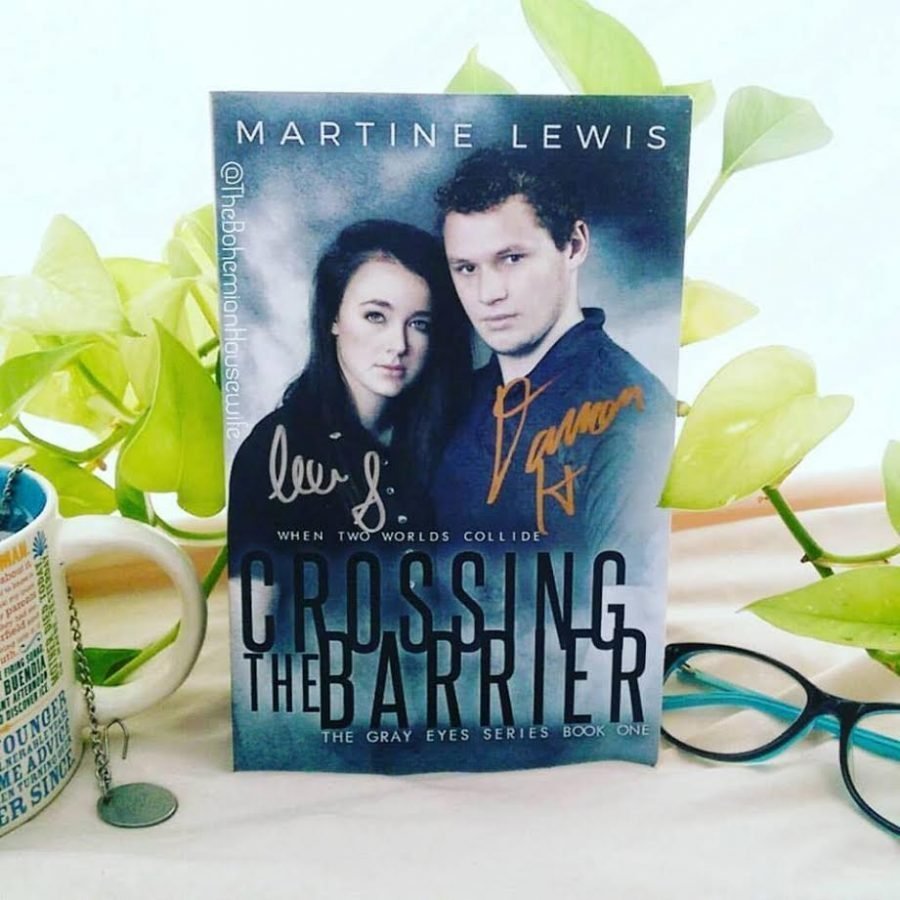 About the Author
Martine Lewis is a forty something who was born and raised in the French speaking province of Quebec, Canada. She spent her childhood looking forward to her summer vacations at the farm, which were a nice escape from the suburbs where she lived.

Her first written endeavor was a 200-page handwritten Duran Duran bandfiction which she wrote when she was eleven years old. Of all her written work, this is the only one she no longer has.

All throughout high school, Martine wrote more bandfictions and some original work, then she went to write fanfictions in the Star Wars, Buffy and Harry Potter universes. Her fanficiton in the Potterverse are mostly centered on characters of her own creation and can be found on fanfiction.net.

Following her viewing of Roswell on Netflix in 2012, Martine wrote book two and three of the Gray Eyes Series, then went on to create the Gray Eyes Series universe in which she has been playing ever since. She writes contemporary coming-of-age romance fiction (young adult/new adult) with a twist.

Martine is an avid reader and rollerskater. She loves sushi, hot chocolate on a cold day, and the beach. But what she loves above all else is to curl on her chair with her computer and write more stories for her readers.

Martine currently lives in Houston TX with her two cats..

Giveaway
Enter the Goodreads Giveaway for a free copy of Crossing the Barrier
.