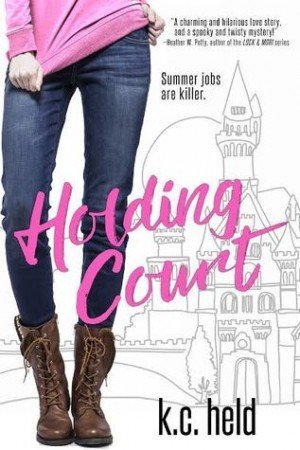 Synopsis
Sixteen-year-old Jules Verity knows exactly what’s in store at her new job at castle-turned-dinner-theater Tudor Times. Some extra cash, wearing a fancy-pants dress, and plenty of time to secretly drool over the ever-so-tasty–and completely unavailable–Grayson Chandler. Except that it’s not quite what she imagined.

For one, the costume Jules has to wear is awful. Then there’s the dead body she finds that just kind of…well, disappears. Oh, and there’s the small issue of Jules and her episodes of what her best friend calls “Psychic Tourette’s Syndrome”–spontaneous and uncontrollable outbursts of seemingly absurd prophecies.

The only bright side? This whole dead body thing seems to have gotten Grayson’s attention. Except that the more Jules investigates, the more she discovers that Grayson’s interest might not be as courtly as she thought. In fact, it’s starting to look suspicious…

My Review
Reading Holding Court was an absolute blast. The characters are quirky and adorable, the story is hysterical, and the mystery is just good plain fun. Jules has a strange gift that her best friend calls psychic Tourette’s syndrome or PTS. She blurts out things that seem to not make any sense, labeling her the weird kid at school. But her ability makes her perfect to play the Mad Maid of Kent in the Tudor Times dinner theater where she pretends to be a psychic and her blurting disorder is just right for the part.

Her long-term crush and his perfect-in-every-way girlfriend also work there, forcing her to spend more time than she’d like with the happy couple. And she can’t even hate the girlfriend because she’s one of the few people at school who hasn’t ostracised Jules for her PTS. But when bodies begin to pile up in the castle, Jules doesn’t know who to trust and the race is on to find out who’s offing the staff.

Plot
The plot centers around the mysterious disappearing body in the castle, but there is a romantic subplot involving Jules pining for Grayson who has a flawless girlfriend, Bree. The mystery definitely takes center stage, but the romance is cute and sweet and definitely adds to the story.

Characters
The characters are easily the best part of the book. They’re so entertaining. Jules is particularly likeable as the insecure blurting psychic with the crush on the unattainable boy. Her whole family is just as unusual and adorable, as is her best friend, Cami, the only person outside her family who seems to really get her. The colorful characters at Tudor Times rounds out the cast in delightful fashion, making it nearly impossible to figure out whodunit, because they’re all a bit wacky.

Writing
The writing is a blast. Debut novelist, K.C. Held, has a way of storytelling that is engaging and hysterical. Her main character is witty and charming, whether she’s blurting or trying to process the latest calamity to befall her.

Ending
There were a few surprising twists, one that I never saw coming!

What I Loved About Holding Court
1. The humor. There were many laugh out loud moments.
2. The characters. They were all unique and amusing, even the seedy ones.
3. The mystery. The disappearing body added a fun twist to this teen murder mystery.
4. The romance. While subtle, it was threaded throughout the story and kept me wanting to know what would happen.
5. Gran. She was a breath of fresh air as Jules’ temporary guardian while Jules’ mother is overseas on business.

Bottom Line
A delightful teen murder/mystery, filled with zany characters and laced with a sweet romance. 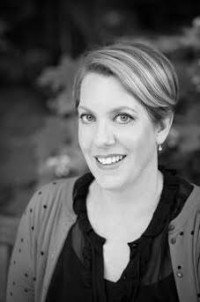 About the Author
K.C. HELD was born and raised in California with stopovers in Honduras, Mexico, and France. Married to her high school sweetheart, and mom to two avid bookworms, she holds an MFA in costume design and is an accomplished seamstress with a background in opera, theater, film, and television. Although she once spent a summer working in a castle, there were no dead bodies involved.