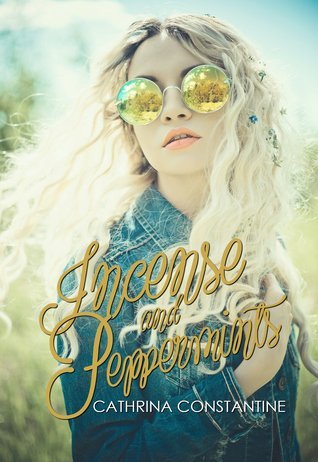 INCENSE AND PEPPERMINTS by Cathrina Constantine

Synopsis
Peace demonstrations, sit-ins, and burning the U.S. flag following the escalation of the Vietnam War are leading to a catalyst known to the world as the Sixties. A musical revolution, flower power, hippies, marijuana, and drugs are carrying the generations—young and old—into a new decade. All the while sixteen-year-old Mary Monroe is caught between being an innocent good girl and an autumn of sex, drugs, and rock ‘n’ roll.

When her brother offers a solution to her dilemma in the form of a little pill, Mary ignores the rumba in her brain and takes a walk on the wild side. Plunged into popularity and a life she’s only imagined, she meets Michael Covington, the hot newcomer, and she’s instantly drawn in by his less than flawless exterior and bad boy sex appeal. Caught up in the danger and excitement as they drift from party to party, into underground fight clubs, and through a series of drug and alcohol fueled adventures. Mary follows her new crush into a world where young girls are never truly safe from the predators lurking in the shadows and where young men are hiding from the harsh reality of war.

Feeling buzzed and as if her life is spinning out of control, Mary is assaulted by an unknown man at a party, and she’s left questioning if the enigmatic Michael is truly her hero or if he is the face behind the terrible attack. With every piece of information Mary learns about Michael, her doubts grow deeper, but with every minute she spends in his presence, so does her love.

With the war and her fear threatening to separate Mary and Michael forever, only the death of a friend, a crushing confession, and her own sensibilities can carry her over the threshold between adolescence and adulthood.

My Review
I didn’t know what to expect going into this book, but I was pleasantly surprised. The story is a timeless teen romance that could have been set during any decade. So much of it felt contemporary but with a throwback to the days before cellphones and the internet. Sixteen-year-old Mary has it bad for new hottie, Michael, but so does a girl from her social circle who also happens to be the queen bee. To complicate matters, one of her brother’s best friends has a massive crush on Mary, but her feelings are purely platonic. This creates enough angsty drama even without the backdrop of the Vietnam War. But that simmering tension serves the plot well, and again, there is something very current and relatable about it.

As Mary and Michael dance around their mutual attraction, Mary balances her social status by keeping him at arm’s’ length. Underlying it all is a fear for her brother who is willing to risk the draft by not going to college at a time when too many boys are coming home in boxes. I adored the story and the characters, but the writing was a little strange. There was odd phrasing and the misuse of so many words throughout, it was impossible to overlook. I think a pass by a decent editor could make this a 5-star book for me.

Plot
The plotting was fantastic. The author does an amazing job of foreshadowing everything. Nothing happens without reason and while it’s not a thriller or even a suspense novel, the story still moves at a clipped pace. It centers primarily around the relationship between Mary and Michael, but it also involves subplots regarding Mary’s relationship with her dysfunctional family, her former nerd friends, and the higher social circle she now travels in, thanks to her brother’s relationship with one of the “it” girls at school.

Characters
Michael and Mary are extremely well developed. The rest of the characters are there to support them, but they’re developed enough to be more than just fluff. However, this is Mary’s story, and she’s fantastic. The author handles her homelife in such a realistic fashion, I never doubted for a minute that Mary is who she is in large part because of this.

World Building
Everything from the music to the fashion, to the lack of current technology felt so true to the time. The events took place before my time, but growing up the 80s wasn’t all that much different. We had cars with keys instead of remotes, we didn’t have our own phones, and we certainly didn’t have social media. And even with all of these details painting a picture of go-go boots and harvest gold appliances, there was something very modern about the story that made it easy to identify with.

What I Enjoyed About INCENSE AND PEPPERMINTS
1. Mary. She was so sublimely naive in a way that made her endearing instead of annoying.

2. Michael. He’s far more complex than we’ll ever know, but the glimpses we see of him from Mary’s eyes is enough to tell us he’s got a lot going on under the hood.

3. World Building. The story both brought me deep into another time and still managed to feel current.

5. The Music. So much of the music of the time served as an undercurrent to the story, including the title of the book.

Bottom Line
I absolutely loved this story and with tighter editing, it could be magical! 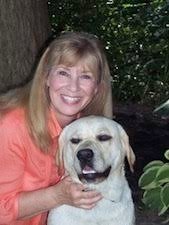 Cathrina resides in Western New York with her husband, five children, two Labrador Retrievers and her cat, Bones. Author @chbbpublishing. Crushing Hearts and Black Butterfly. When not attached to her computer, she likes to take long walks in the woods with her dogs, drink way too much coffee, and is an avid movie watcher. She loves music and doesn’t need a dance floor to shake a leg.