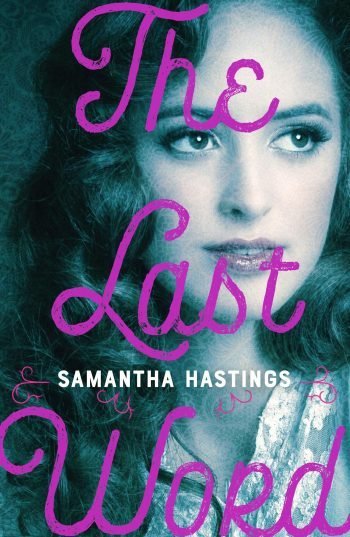 THE LAST WORD by Samantha Hastings

Synopsis
Set against the smoky, gaslit allure of Victorian London, this sweetly romantic historical debut is full of humor and stars a whip-smart female heroine ahead of her time.

Where one story ends, another begins.

1861. Miss Lucinda Leavitt is shocked when she learns the author of her favorite serialized novel has died before completing the story. Determined to learn how it ends, Lucinda reluctantly enlists the help of her father’s young business partner, Mr. David Randall, to track down the reclusive author’s former whereabouts.

David is a successful young businessman, but is overwhelmed by his workload. He wants to prove himself to his late father, as well as to himself. He doesn’t have the time, nor the interest, for this endeavor, but Lucinda is not the type to take no for an answer.

Their search for the elusive Mrs. Smith and the rightful ending to her novel leads Lucinda and David around the country, but the truths they discover about themselves—and each other—are anything but fictional.

Chosen by readers like you for Macmillan’s young adult imprint Swoon Reads, The Last Word by debut author Samantha Hastings is a fun yet intellectual romp through Victorian London—the perfect book for book-lovers.

My Review
Reminiscent of Jane Austen, THE LAST WORD combines neoclassicism and romanticism along with a healthy dose of humor and wit to bring Lucinda’s and David’s story to life. The two are childhood friends who meet again after a four-year separation to find the other both the same and yet infinitely different than the person they remember. Throw in a big misunderstanding and a young woman ahead of her time, constricted by the customs of 19th century England, and sparks fly higher than between Emma and Knightley or Elizabeth and Darcy, but with the underlying warmth of Elinor and Edward. The two dance around a mutual attraction while Lucinda fights against society’s dictates for her. Fresh out of finishing school, she wants nothing to do with being a proper lady, but rather to use the brain that God gave her to work in her father’s counting house. A natural talent with numbers, she helped him when she was younger but now is expected to do needlepoint instead of auditing.

If there’s anything Lucinda hates more than sitting around and waiting for someone to call on her, I don’t know what it is. Not having been born to a high-class family, her social standing comes from the wealth her father has amassed. His goal is to marry her to a man of higher social standing. Lucinda has less than zero interest in that plan. She managed to get through the long boring hours by reading. But her favorite author died before finishing her last novel, leaving Lucinda desperate to find out how it ends, as if her own ending will somehow reveal itself in those final pages. With the help of her father’s business partner and her longtime friend, David, she sets out to find anyone who may know how the story ends. But the more they dig, the more she’s left wondering, before a tragedy forces both of them to reevaluate what really matters. And what doesn’t.

Plot
The main plot focuses on the budding romance between Lucinda and David, but Lucinda’s desires to work in business and find out the ending of her beloved novel are strong subplots that drive most of the action. The conflict derives for the social norms of the time, status and who is allowed to associate with whom. Women’s options and their carefully guarded reputations only further bind Lucinda in a world she finds too restrictive. Her father withdrew into himself after her mother’s death years before and their strained relationship underlies everything. The author does a phenomenal job of keeping the reader in Victorian England through scene setting, language, fashion, and customs. There is both a whimsical and sweeping cinematic feel to the places Hastings sets her characters in, drawing the reader right along with them.

Characters
If you love any of Jane Austen’s characters, you will love these! From the narcoleptic Mrs. Patton to the eccentric woman in the half-built estate they visit in their quest, the characters are a delight. Lucinda is utterly relatable as a young woman who wants so much more from life than the world wishes to allow her and David is a man after my own heart, both seeing Lucinda as an equal, and treating her with that respect. The American girl, Persephone, who befriends Lucinda, is a delightful, although often inappropriate, breath of fresh air.

What I Loved About THE LAST WORD
1. Everything. Seriously, the entire book was just amazing. It was a joy to read.

2. Lucinda. I love that she’s independent and strong and refuses to be confined by rules of society.

3. David. He is also a man ahead of his time with his ability to see Lucinda as more than just an accessory.

4. Language. I love the way they speak and the words the author chooses to tell the story as if it were written as a contemporary in 1861.

5. Romance. It isn’t angsty or intense, even though Lucinda and David are both teens, but it’s perfect for the time.

Bottom Line
A stunning coming of age story in a time long gone with amazing characters and beautiful storytelling. 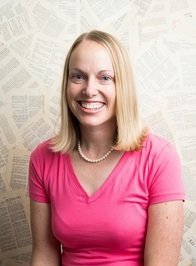 About the Author
Samantha Hastings has degrees from Brigham Young University, the University of Reading (Berkshire, England), and the University of North Texas. She met her husband in a turkey sandwich line. They live in Salt Lake City, Utah, where she spends most of her time reading, eating popcorn, and chasing her kids. The Last Word is her debut novel.