Young Adult Book Review + Giveaway – YOU, ME AND LETTING GO by Katie Kaleski 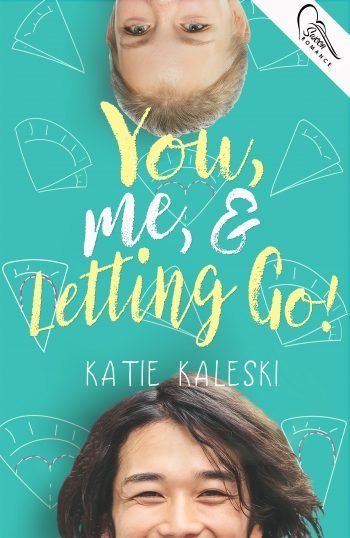 YOU, ME AND LETTING GO by Katie Kaleski

Synopsis
Van Sato’s got labels. Tourettes, ADHD, SPD – words that have defined his existence since the time he was old enough to know what they meant. Now, Van wants to prove he’s more than an acronym, a syndrome, a problem kid. He takes a summer job as a day camp counselor to prove he’s capable of independence and moving on to the next phase in his life. Maybe, he might even make a friend while there. Someone who’s got just as many or even more labels than him. Someone who understands what it’s like.

Tabby Dubanowksi wants to forget about everything, the hospitalization, the judgment, the whispers behind her back. As a camp counselor, she will be admired, looked up to, and able to help people who don’t know anything about her old life. Tabby wants a fresh start and a chance to re-ignite her passion for film-making, if only for one summer.

After running away from their pasts, Van and Tabby collide in a storm cloud of attraction laced with self-doubt, insecurity, shame, and blame. Now, with Van feeling like he might have to quit his job, and Tabby struggling to quell the urge to cut, they will struggle to find themselves in a world designed to keep them apart.

My Review
Two misfits, who see the humanity in each, find a bond that goes beyond mere attraction. What I loved best about this tale is that it wasn’t like they wound up together because no one else would have them, no one else understood their struggles, or any of the typical tropes with characters who have serious medical or psychological issues. Instead, they two were genuinely attracted to each other despite their issues. Their own challenges kept them from reacting to each other in a way most people would, which only fueled that attraction into something more. The meet cute was anything but cute when Van, who suffers from Tourettes, called Tabby by her hated high school nickname, “Lard Ass” when they run into each other at the same summer camp where they’re both working as counselors. But even after Van apologizes and Tabby decides it’s not enough, he never uses his Tourettes as an excuse for why he blurted it out unbidden. Their friendship develops without that understanding, making it more authentic and deep. Tabby has her own issues stemming from an eating disorder and cutting herself in an attempt to cope. But somehow, Van and Tabby overcome every obstacle to find solace in friendship and maybe just a little bit more.

Plot
The main plot centers on the relationship between Van and Tabby, but because they both have huge obstacles to overcome, there are strong subplots involving these as well. Van hopes for a life of independence even though on top of Tourette’s he has ADHD and SPD. Tabby has a tenuous relationship with food and deep-seated insecurities that drive nearly everything she does. She’s just trying to learn how to live life outside of Hope Springs where she spent time dealing with her anorexia. Romance isn’t on either kid’s radar, but some things just can’t be denied.

Characters
Oh the characters!! They are my favorite thing about the story. Van and his irreverent humor when it comes to his condition. Tabby and her confident insecurities (yes, that is actually a thing). The loving families who just want what’s best for Van and Tabby but still manage to do so much wrong. And best friends, Matt and Maritza are people I’d want to hang out with. The author totally does right by her characters, giving them depth, humanity, and creating such amazingly authentic-feeling three-dimensional beings that I was rooting for them from the opening chapters. Sometimes characters need to grow on me, but not this bunch!

What I Loved About YOU, ME, & LETTING GO!
1. Van. The boy with the tics so severe he hits himself and others with uncontrollable arms has a heart of gold. The way he deals with the kids in his care will melt anyone’s heart.

2. Tabby. It can be difficult to identify with and not get annoyed with insecure characters, but Tabby is so much more than that and I loved her from her first chapter.

3. Summer Camp. The kids are hysterical, from a boy who eats everything to a girl who likes to dissect whatever is found, including her food, bring humor and adorableness to the pages.

4. Honesty. The author’s honest portrayal of anorexia, cutting, Tourette, ADHD, and SPD show that people are so much more than the labels we attach to them.

5. Friendship. The bonds of friendship throughout the tale were heartwarming and the threads that tied everything together.

Bottom Line
A wonderful young adult tale about overcoming odds and taking control of your own life with some of the best characters in the genre. 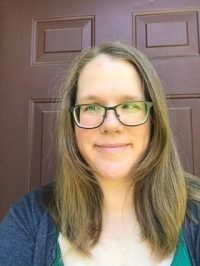 About the Author
Katie Kaleski has started down many career paths and held many jobs—indie craft store clerk, pizza maker, photo developer, shoe salesperson and cashier, dental assistant in the army, daycare teacher, student teacher—but her favorite one by far is being a writer.

She’s originally from Chicago, so she says things like pop, gym shoes, and front room. Her favorite food group is sugar, and she loves writing young adult novels.
.