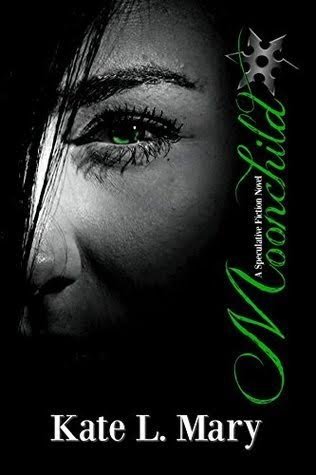 Synopsis
In a world fueled by greed and corruption, where airships rule the skies and coal mines have been turned into prisons, Scarlett Moon has one goal: Survive. Being tough and looking out for herself is the only way to stay alive, but when her best friend, Rory, is arrested and returned to the mines, all of Scarlett’s carefully built walls threaten to crumble.

After being rescued by an airship full of pirates, led by the sexy and irresistible Asher Kimura, Scarlett finds herself surrounded by cons and fugitives, and thrust into the middle of a coal-smuggling business. When they take her to Columbus, the one place she never wanted to set foot in again, she wants nothing more than to get away. And her discomfort only grows as she becomes increasingly drawn to Asher.

But everything changes when she discovers there may be a way to rescue Rory. Enlisting the pirates’ help, Scarlett sets out on a mission to save her friend, praying that her overwhelming attraction to Asher doesn’t mean the end to her freedom—in more ways than one.

My Review
One of my favorite books of 2016. This is one of those that will stick with me weeks or months after I’m done. It took me about a third of the book to warm up to Scarlett, but once I did, I loved her immensely. I was worried at first that in order to create a strong female character, the author felt she needed to make her heroine more like a male character. Scarlett is always wanting to hit someone or something. She’s aggressive, uses sex as a diversion, and has a hard time expressing any emotion other than anger. But as we learn more about her backstory, her personality begins to make sense. I still think strong female characters don’t need to be written as guys with skirts, but in this case it works.

When Scarlett’s best friend, Rory, is taken to the mines, Scarlett gives up any hope of ever seeing her again. She and her friends barely escape capture themselves, only being rescued at the last moment by a group of ragtag pirates, including extremely hot Asher. When Asher explains  what happens to pretty, innocent girls in the mines — they’re auctioned off as sex slaves to the highest bidder — Scarlett enlists the help of her friends to rescue Rory. This is the main plot and it unfolds at a rapid pace as they seek information on Rory’s whereabouts and come up with a rescue plan. Underlying it all is a simmering sexual tension between Scarlett and Asher. The back and forth is worthy of an eye roll or two, but the rest of the story more than makes up for it. 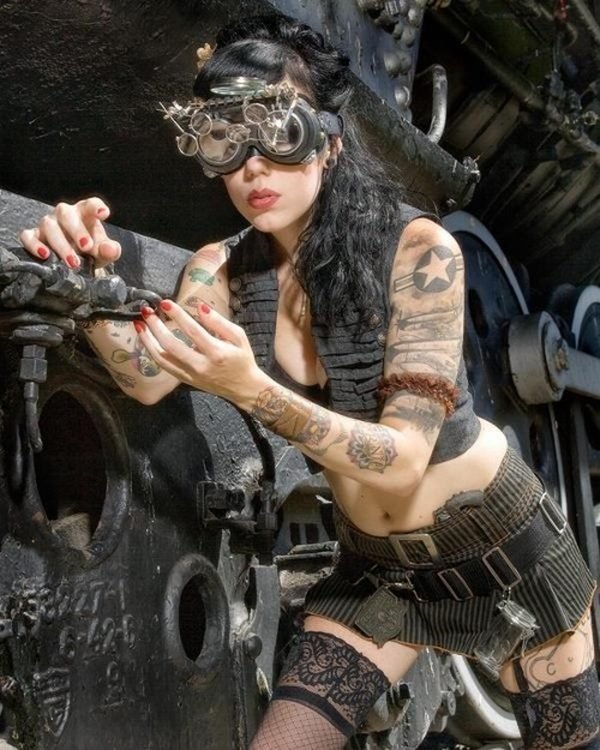 Plot
The plot is fantastic. Set on rescuing her best friend, Scarlett embarks on a dangerous mission, risking everything for the only person she considers family. The pacing is perfect, unfolding at a clipped rate,without overpowering us with action. There’s enough romance to keep the story from being just an action/adventure and more than adequate character development to make this a well-balanced novel.

Characters
Scarlett is fascinating. As I mentioned above, it took me awhile to warm up to her, but once I did, I was committed. She’s deeply wounded and yet realizes others have had it far worse than she has. That self-awareness is what keeps her from becoming too jaded or wallowing in a pit of self pity that would doom her character in my mind. Asher is the hot, witty pirate with the disarming smile and a past of his own that shapes everything he does. The rest of the characters have their own stories in this dystopian world that Kate L. Mary has created. 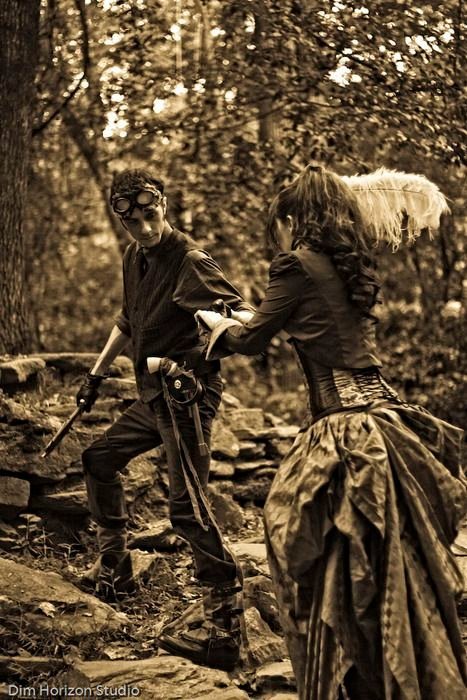 World Building
This is where the story really shines in my eyes. The attention to detail in the author’s vision of a future where technology is taboo and coal-fired steam power is where it’s at. This steampunk world is dark, yet vividly rich, full of airships and pirates and victorian-era costumes that come alive as much as any of the characters that inhabit it.

What Didn’t Work for Me
1. The editing. The book could have benefitted from tighter editing. There were more than a few missing/extra words than were easily overlooked. There was also some repetition that was distracting that should have been picked up by a good editor.

2. The cover. There’s nothing really wrong with it except there is nothing really right about it. This is a totally kick-ass steampunk dystopian sci-fi adventure and the cover, along with the title, made me think it was going to be a paranormal romance. I wouldn’t have bothered picking up this book if I’d only seen the cover. Luckily I read the blurb first!

3. The ending. This is the only reason I’m giving the book 4.5 stars instead of 5. I can overlook a crappy cover, because that can be fixed. So can lackluster editing, but the ending is the last thing I have, the thing that sticks with me long after I turn off my Kindle. It feels unfinished, as if this is the first in a series, but there’s no indication it’s only book 1 of anything. I do hope the author decides to write more about these characters and this world. She’s done an incredible job creating everything and there is so much potential for more of Scarlett’s story.

What I Enjoyed About Moonchild
1. The setting. The author has created this fabulous, futuristic, steampunk world that is vivid and imaginative. Her attention to detail is phenomenal, and yet the world building is subtly worked into the plot.

2. Scarlett. She’s tough as nails with a heart of gold. Although it took a little bit for me to warm to her, she is everything I want my young adult heroine to be.

3. The plot. It’s near perfect in it’s development and execution. Only information necessary to move the story forward is provided and is done so in the proper sequence.

4. Asher. The complex pirate with the winning smile won me over at first sight. I’m a sucker for pirates with a heart, think Hook from Once Upon a Time. Asher is all that and a bag of chips!

5. Loyalty. This is the enduring theme of the story, whether it’s Scarlett’s loyalty to Rory, Dex’s loyalty to Scarlett and Rory, or Asher’s loyalty to everyone he cares about, this works so well in an otherwise dark tale.

Bottom Line
Moonchild is a wonderfully plotted action adventure with deeply developed characters. I will definitely be reading more by this author!

About the Author
Award-winning author of WHEN WE WERE HUMAN and the Amazon best-selling BROKEN WORLD series, Kate L. Mary writes everything from post-apocalyptic tales of the undead to new adult contemporary romance. A mother of four and an Air Force wife, her days are divided between keeping her household in order and creating new worlds for readers to get lost in.