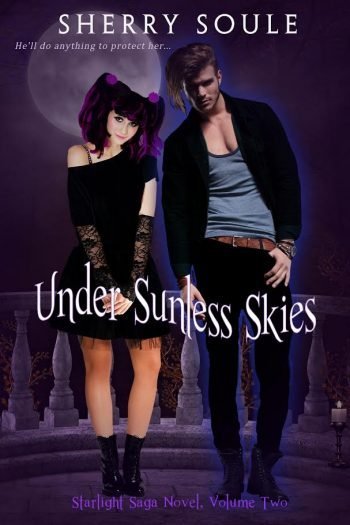 Synopsis
True love is hard. And a doomed relationship with epic trust issues and shady secrets? Even harder.

For Sloane Masterson, her forbidden love with Hayden Lancaster has been a series of highs and lows, which is overly complicated by those annoying interstellar dating laws.

But once Sloane discovers a shocking family secret, she won’t let those lame rules get in her way—she’s on a mission to win back her hybrid!

Too bad convincing her stubborn ex that they belong together isn’t Sloane’s only problem. . .

After receiving creeptastic blackmail messages, Sloane’s life becomes a real-life horror movie. And as if that wasn’t bad enough, Hayden slimes her with smelly ectoplasm and freaky mutants start tracking her every move. Insert one more major disaster. . .the unexpected arrival of Sector Thirteen.

If she hopes to survive all the crazy with Hayden at her side, Sloane needs to expose the blackmailer and get that potent residue off her skin—fast. Because with Sector Thirteen’s monsters hunting her, Sloane’s not going down without a fight, even if that means trusting the one boy who broke her heart.

*This series is intended for upper-YA readers, has lots of steamy romance and campy humor, and is not considered hardcore science fiction.

My Review
Book two in the series picks up where the first one ended. Sloane is reeling from being dumped by Hayden, but oh yeah, she’s got a secret, apparently she’s part alien, too. Hoping this will convince Hayden their relationship isn’t doomed after all, she sets her sights on winning him back. This was the first time I disliked her. Her singular focus on getting a boy to like her made her seem very un-Sloane like, the girl I loved in book 1. She spends a fair amount of the book pining over him, but since he’s equally lost without her, it’s mutually pathetic. That said, the angst is well-done, the snarky dialogue is as good as ever, and other than being a lovesick puppy half the time, Sloane is as kick-ass as ever. My biggest problem with this book is that it feels oh so familiar. Anyone who has read the Lux series by Jennifer L. Armentrout will notice many, many similarities. Not that there’s anything wrong with that, Armentrout’s own Covenant series borrows heavily from the Vampire Academy series by Richelle Mead. My issue is that too much of it was predictable as a result. However, if you haven’t read the Lux series, you’re in for a real treat with this.

Plot
Primarily a romance, this main plot centers around the Sloane/Hayden will-they-or-won’t they dance. But there are subplots involving Sloane’s alien dad, Sector Thirteen, Hayden’s missing adopted sister, and the mystery surrounding who is blackmailing Sloane. Underlying all of that is Sloane’s obsession with all things horror, including her love of hanging out in her town’s cemetery.

Characters
I still adore Sloane. She’s tough, witty, and so secure in who she is. She’s a great young adult role model except when she obsesses over Hayden. Don’t get me wrong, this is young adult fiction, and teens definitely obsess over the opposite sex. I just felt that in this case, it sas of out of character. With her newfound alien blood, she’s even a little tougher in some respects. Hayden seems to have lost some of his umph from the first book. He had that dark, brooding alpha male thing going on, but he came across as more…I’m not even sure what the right word is. Just less Hayden-esque.  The supporting characters are all there to prop up Sloane and Hayden, but Sloane’s BFF seems to accept her huge secret a little too easily. That didn’t ring true. I think she’d want some proof or something. There was also something about Sloane’s mom that felt off, like she didn’t come across as authentically parental, even a parent married to an alien.

What I Enjoyed About UNDER SUNLESS SKIES
1. Dialogue. Once again, the author excels at witty repartee that deliciously moves the story along.

3. Sloane. She’s simply one of my favorite young adult protagonists. She embraces her plus-size self and doesn’t fret over her body image at all.

4. Hot Make-Out Sessions. Soule knows how to bring the heat without crossing a line.

5. The Mystery. I have to admit, I was never sure who the blackmailer was. The author does a great job of creating a pool of plausible suspects.

Disclaimer
I was provided by a copy of this book by the author in exchange for an honest review. 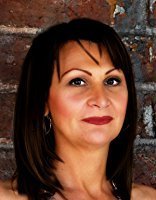 About the Author
Sherry Soule lives with her family and two black rescue cats in Northern California. She’s always wanted to live in a world where sweatpants are sexy, cupcakes don’t make you fat, and she could adopt every homeless animal.

Many of Sherry’s books have spent time on the Kindle bestseller lists and have been nominated as top picks in the “Best Paranormal Romance” categories.