Free Me (The Found Duet #1) by Laurelin Paige

Screw fairytales. The only reward Gwen Anders got from her rough childhood was a thick skin and hard heart. She’s content with her daily grind managing a top NYC nightclub—Eighty-Eighth Floor. So hers isn’t a happily ever after. She doesn’t believe in those anyway.

Then she meets J.C.

The rich, smooth talking playboy is the sexiest thing that Gwen has ever encountered, but she’s not interested in a night-in-shining latex. But when a family tragedy pushes her to the brink, it’s J.C. who’s there to teach her a new method of survival, one based on following primal urges and desires. His no-strings-attached lessons require her to abandon her constant need for control. Her carefully built walls are obliterated.

Gwen discovers there’s a beautiful world outside her prison. Freedom is exhilarating—and terrifying. When she starts to feel something for J.C., she fears for her heart. Especially as she realizes that he has secrets of his own. Secrets that don’t want to set him free.

BOOK ONE OF TWO. This series can be read alone or with the Fixed Trilogy. 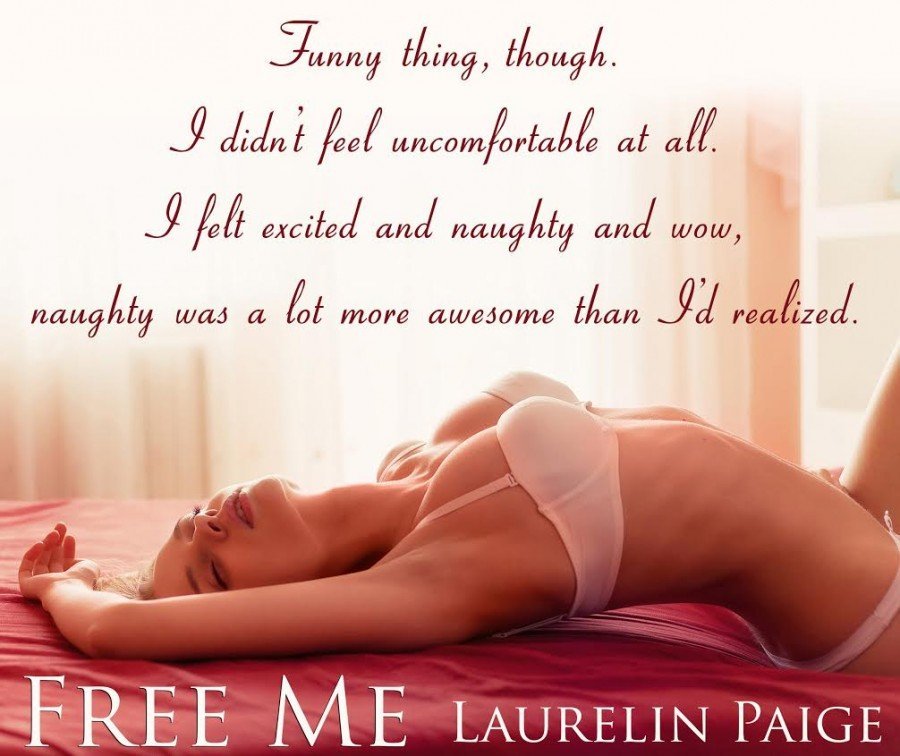 My Review
It took me longer than normal to get into this story. In fact I was on the fence for nearly two-thirds of it. Anyone who follows my reviews knows I like my romances with a healthy dose of angst and there wasn’t much happening early on. And if I can’t have angst, I need something else to drive my interest. Free Me definitely gets there, but it took until about Chapter 15 to reach that point for me. That said, Laurelin Paige’s writing is strong, it’s just my personal preferences in story telling. And as I said, the story did reach the point where I didn’t want to put it down.

I think my biggest problem early on was that I didn’t care for the two main characters. Like at all. Gwen came off as spineless, needy, and in desperate need of a healthy dose of self esteem. J.C. came across as arrogant, controlling, douche-baggy. So their relationship was something I didn’t really care much for. Sure, the sex was hot, but that wasn’t enough to make me care. Then something happens and Gwen finds the inner strength I never knew she possessed, and J.C. transformed into a pretty good guy. Suddenly I cared about both of them and what happened to them.

Its also possible my issues with the characters are a result of the narration. I might have had a different reaction to them had I read the book instead of listened to it. Narrator, Tanya Eby, has a sultry, sexy voice and injects enough emotion, but I think her inflections turned me off to Gwen. And I think the way she voiced J.C. made him come across as less sexy and more arrogant than maybe the author intended.

Plot
The plot centers around the relationship between Gwen and J.C. Gwen is uptight and in need of of J.C.’s particular skills, and J.C. just wants to sleep with Gwen. They forge a no-strings-attached physical relationship. What could possibly go wrong? In order to maintain the emotional distance necessary for this to work, they agree to not reveal anything about themselves except their first names. But life has a funny way of not staying on the sidelines, and things get messy when feelings develop. The subplotting revolves around the back stories of J.C. and Gwen, the reasons they are who they are, and how they became people who would agree to settle for a strictly physical relationship.

The back stories are doled out slowly, like a fisherman letting out line, teasing us, luring us further into the story. It was this deft plotting that kept me going, even when I was convinced I didn’t care about the characters or what happened to them. And just when I thought I had it all figured out, the author threw in a twist I never saw coming.

Characters
Although I initially didn’t care much for the characters, they grew on me. The development that Laurelin Paige does, took me from apathy to actually caring about them, hoping they could finally get their shit together. Both the main characters have deep-seated issues that are so ingrained in who they are, I finally understood them. I think there is something so real and human about that. Every one of us has a story that tells the tale of who we are. The fact that the author could get me from loathing, to simply not caring, to wanting them to be happy was pretty brilliant when I think about it.

World Building
The world the story is set in is the nightclub scene of New York City. And while the setting is important to the story, it’s not heavy on world building. Since many of the scenes take place inside a hotel suite, it could easily have been set in any metropolitan city without impacting the story.

Top Five Things I Enjoyed About Free Me
1. Siblings. The relationship between Norma, Gwen, and Ben felt real, it was the way siblings should interact with one another.

2. Plot twists. I love when an author can totally stun me.

4. The last third of the book. It was intense and impossible to put down.

5. The epilogue. It really piqued my interest in the next book.

Bottom Line
It started off slow for me but slowly built into a solid story that left me wanting more.

Disclaimer
I was provided with a copy of this audiobook by the author in exchange for an honest review.

About the Author
Laurelin Paige is the NY Times and USA Today Bestselling Author of the Fixed Trilogy.

She’s a sucker for a good romance and gets giddy anytime there’s kissing, much to the embarrassment of her three daughters. Her husband doesn’t seem to complain, however.

When she isn’t reading or writing sexy stories, she’s probably singing, watching Mad Men and the Walking Dead, or dreaming of Adam Levine.