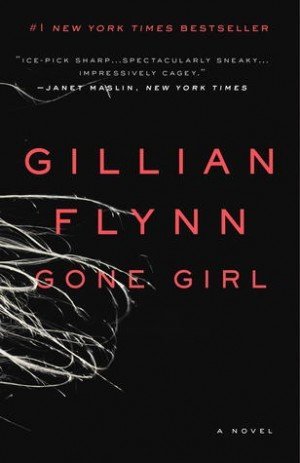 Synopsis
On a warm summer morning in North Carthage, Missouri, it is Nick and Amy Dunne’s fifth wedding anniversary.

Presents are being wrapped and reservations are being made when Nick’s clever and beautiful wife disappears. Husband-of-the-Year Nick isn’t doing himself any favors with cringe-worthy daydreams about the slope and shape of his wife’s head, but passages from Amy’s diary reveal the alpha-girl perfectionist could have put anyone dangerously on edge.

Under mounting pressure from the police and the media—as well as Amy’s fiercely doting parents—the town golden boy parades an endless series of lies, deceits, and inappropriate behavior.

Nick is oddly evasive, and he’s definitely bitter—but is he really a killer?

My Review
I got the unabridged version of this book from Audible. All 19 hours and 11 minutes worth. At times, I loved the story and took the long way to and from my destination, or lapped the block one more time to continue listening. Other times, I hated it, chose music over audiobooks for months at a time. It took me nearly ten months to finish it. What I can’t deny is that Gillian Flynn is a hell of a writer. The story is intriguing, captivating, unnerving. The audiobook production is among the best I’ve ever listened to, and I listen to a lot of audiobooks. The narrators are talented and brought the characters to life. And what characters they are. Complex, deep, fully three-dimensional, and unfortunately, utterly loathsome.

I absolutely salivated over the brilliant writing of Gillian Flynn, took notes, wished I could write like that. The story was engaging at times, difficult to read at others. The pacing was slow in spots, and those were the times I felt myself less inclined to listen for awhile. At other times, it was fast, riveting. At no point did I figure out what was going to happen next. The plot twists are inspired. So with all of this going for it, why couldn’t I give it five stars? The book left me unsettled, and not in the way a good thriller does. It left me feeling ambivalent toward all the characters, as in I don’t really care what happens to them. In some ways, I wish I’d never read about them. And the ending was flat, not living up to the expectations the author set with her amazing plotting throughout.

Plot
The plotting was fantastic. There were so many twists and turns and unexpected surprises. Gillian Flynn is a master of pre-shadowing. Everything that happens has a purpose that may not become clear until a long time later, but her method of storytelling ensures even the smallest detail is memorable.

Characters
The characters are well developed, believable, stunningly crafted. Even the smallest character was thoroughly developed. I just didn’t care for any of them. Didn’t care what happened to them, and still don’t. But they will not soon be forgotten.

What Didn’t Work for Me
1. The ending. I absolutely despised how it just ended in a way that felt unfinished. Sometimes, I wonder if maybe it went on longer than necessary, other times, I think it stopped too soon. I just know it feels unfinished and not in a “sequel is coming” kind of way.

2. The characters. Man, I hate them all, with the exception of maybe Margo and Boney. I can’t deny the characters are three-dimensional and wholly realistic. The world is full of people who are difficult or impossible to like. But in the end, I had no one to root for in Gone Girl.

What I Enjoyed About Gone Girl
1. The writing. Flawless, beautiful prose underlies a dark mystery with contemptible characters.

2. The plot twists. There were so many of them and they were so perfectly woven in, they were nearly seamless.

3. The narration. Both voice actors were amazing. This is one of the best audiobook productions I’ve ever listened to.

4. The character development. Yes, I loathe them, but they are so well crafted, I have to remind myself they’re fictional.

5. Attention to detail. The vivid writing made the scenes come alive in my mind as I listened. In some ways, I feel as if I watched a movie.

Bottom Line
Gone Girl is a disturbing tale, beautifully written, and the audiobook version is one of the best produced I’ve ever listened to. 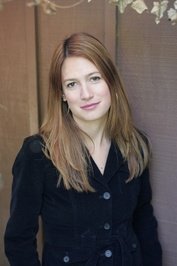 About the Author
Gillian Flynn is an American author and television critic for Entertainment Weekly. She has so far written three novels, Sharp Objects, for which she won the 2007 Ian Fleming Steel Dagger for the best thriller; Dark Places; and her best-selling third novel Gone Girl.

Her book has received wide praise, including from authors such as Stephen King. The dark plot revolves around a serial killer in a Missouri town, and the reporter who has returned from Chicago to cover the event. Themes include dysfunctional families,violence and self-harm.

In 2007 the novel was shortlisted for the Mystery Writers of America Edgar for Best First Novel by an American Writer, Crime Writers’ Association Duncan Lawrie, CWA New Blood and Ian Fleming Steel Daggers, winning in the last two categories.

Flynn, who lives in Chicago, grew up in Kansas City, Missouri. She graduated at the University of Kansas, and qualified for a Master’s degree from Northwestern University.