Welcome to the book blitz for SHADOW MASTER, the fourth book in the new adult urban fantasy romance series, The Nightwatch Academy, by Debbie Cassidy. See below for information on the book, buy links, an exclusive excerpt, and details on her giveaway. 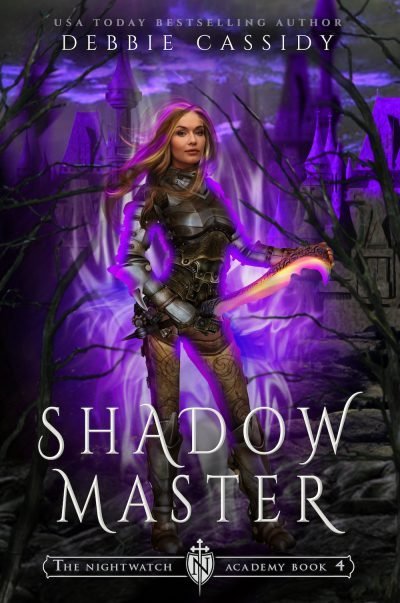 Synopsis
The tide has turned, and chaos hovers on the horizon.

The Fomorians have taken my mate and left death in their wake. My instincts scream at me to go after them and take back what’s mine, but when the Shadow Master hands me his emblem, the choice is taken from me. I’m needed here.

Order must be restored, and that duty falls on me. Luckily, I have a plan.

But when unexpected visitors spill into the Academy from the human world, my plan is derailed. It’s time to think fast on my feet. If I’m going to hold on to the leadership of my knights then hard decisions will need to be made, and desperate actions taken.

When it’s time to go into enemy territory, there can be no looking back. There can be no second guessing, because the lives that matter most to me are on the line.

No one gets left behind. It’s time to walk into the storm.

The Vampire Academy meets Game of Thrones in this kick-ass, supernatural academy, Urban Fantasy with a slow burn Why Choose Romance 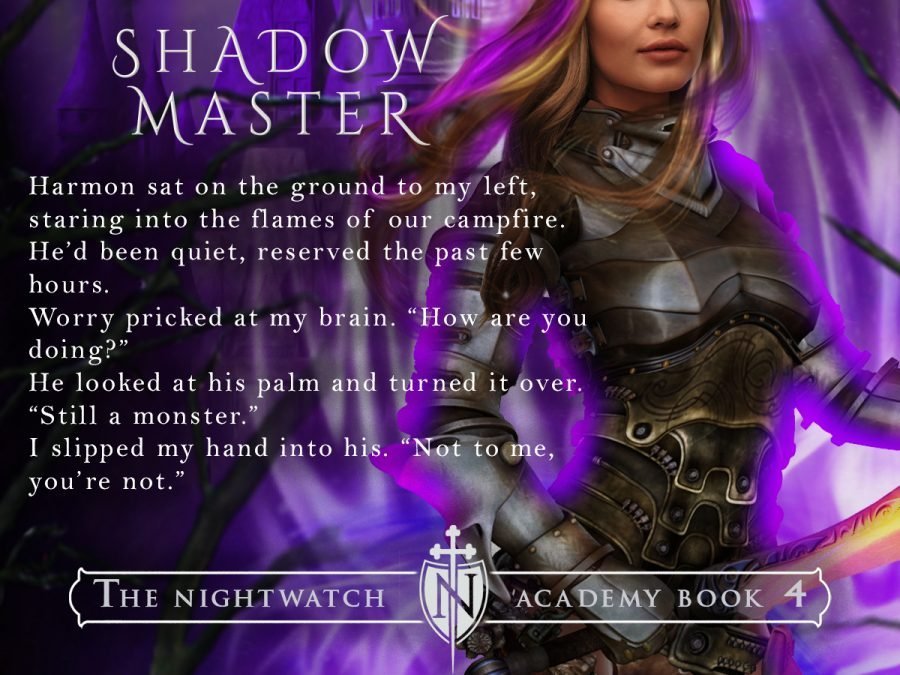 Excerpt
I strode through the Academy doors and into the hallway. Commotion drifted out from the arch to the ballroom, drawing me toward it.

The Academy ballroom had been commandeered by the weavers. Lightning flashed, objects whizzed across the room, and mini explosions rained debris from the high-domed ceiling. I spotted Kash on the raised platform. He stood with his arms crossed over his chest, surveying the weavers. His dark hair had been combed back off his forehead, and he was dressed in black combat trousers and a body-hugging T-shirt. He looked good.

And I guess the female weaver cadets thought the same. Several stood giggling to one side of the room, throwing glances his way. Which was fine. Look but don’t touch, right? But then one got bold enough to climb the podium and get close. She pressed a hand to Kash’s chest, and I couldn’t be entirely certain from this distance, but I was pretty sure she was fluttering her lashes at him. Her face was tilted up as she spoke to him.

Fuck her adoring gaze. I wanted to poke out her eyes. But it was up to Kash to tell her to back off. He frowned down at her, gripped her wrist, and removed her hand from his person. Relief trickled through me, and one word filled my head.

He looked up at that exact moment, and our gazes snagged with an electric snap. His frown melted, and his eyes warmed. The weaver girl looked my way. Her lips thinned, and then she reached up to touch his face, to force him to look away from me and at her.

Something inside me snapped.

Jealousy reared up like a poisonous snake, and I was striding across the room before I could check myself. Weavers stumbled out of my path, yelping in shock. I leaped up onto the stage, grabbed the weaver girl’s wrist, and twisted. Not enough to break her bones, but enough to get her to back the fuck off.

She cried out in shock and stumbled away, rubbing her wrist with her hand.

“What the hell?” she snapped.

“What the hell, Shadow Master, to you.” I glared at her until she dropped her gaze.

“And just in case any of you were wondering…” I gripped Kash’s T-shirt, yanked him toward me, and kissed him.

It was meant to be a hard, short kiss. A kiss that staked my claim, but his mouth parted and then his tongue was touching mine, and I was lost in sensation, hands weaving through his luscious locks, our bodies pressed together as best as they could with the armor in the way, but hell, you get the picture. The room descended into absolute silence.

Fuck them, I was kissing my man. 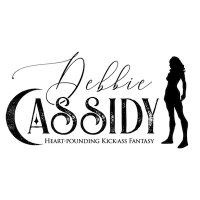 About the Author
Debbie Cassidy lives in England, Bedfordshire, with her three kids and very supportive husband. Coffee and chocolate biscuits are her writing fuels of choice, and she is still working on getting that perfect tower of solitude built in her back garden. Obsessed with building new worlds and reading about them, she spends her spare time daydreaming and conversing with the characters in her head – in a totally non psychotic way of course. She writes Urban Fantasy, Fantasy and Reverse Harem Fantasy. All her books contain plenty of action, romance and twisty plots.