Welcome to the blog tour for LEAVING EVEREST, a stand-alone new adult contemporary romance, by Megan Westfield. See below for information on the book, buy links, an exclusive excerpt, and details on her giveaway. For a limited time, you can pick up the eBook for just $0.99. 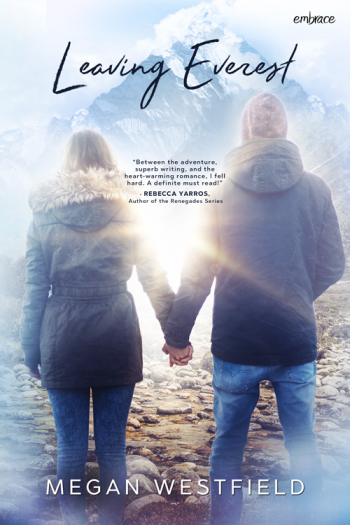 Synopsis
Twenty-year-old Emily Winslowe has had an adventurous upbringing. Daughter of a Himalayan mountain guide, she has climbed Mount Everest and other peaks most Americans only dream of. But for all her mountaineering prowess, she’s lacking some key experiences. Namely, guys. Especially one guy in particular—Luke, her childhood best friend who she hasn’t seen since he left for college in the United States two years ago.

Luke unexpectedly reappears as a guide just in time for the Everest climbing season. He’s even more handsome than she remembers, and that something that had been building between them during their last season together is back in front of them, bigger than ever.

The problem is, there’s a detail about Emily’s past that Luke doesn’t know. It’s the reason she ended up in the Himalayas in the first place…and the reason she must make it to the summit of Mount Everest this year. It’s also the reason she would never consider following him back to Washington after the climbing season ends.

But first, they’ll have to survive the mountain., 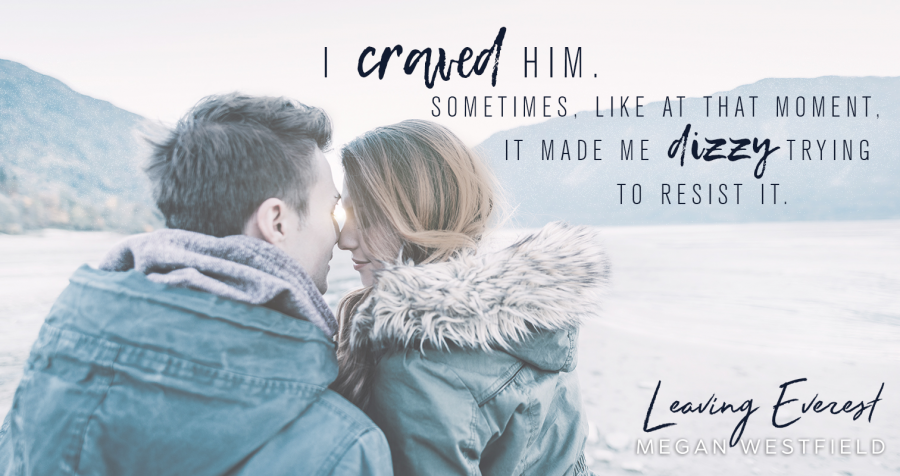 Excerpt #2
Dad went over to Luke, shaking hands and hug-slapping him heartily.

Now it was just me left at the table. Well, me and Pasang, who was watching me with furrowed brows, probably wondering why I wasn’t joining everyone at the door. I quickly collected myself, but still, my head spun and my pulse raced as I walked toward Luke.

I stood in front of him, and for several beats of my pounding heart, it was like the two of us were the only
people in the world. My eyes were on him, but I couldn’t bring him into focus. From this perspective, nothing about him had changed, but at the same time everything about him was completely foreign. It was Luke. Right here in front of me. And he was so incredibly handsome.

I wrapped my arms around him, and he did the same, with a grip that was tight and strong but not constricting like Mingma’s. I was dizzy with too many sensations. There was reprieve from the worry about him not posting on Circ and happiness that we were back in Tengboche together after all this time. But there was also hurt that he hadn’t so much as hinted he was coming here.

Most of all, I was shocked. A shock that was quickly turning to panic.

I wasn’t ready for what was happening in my body. It was like my old crush had gone from fifty to a hundred in less than two minutes. The feelings I’d been toying with for almost two years over the safe filter Circ provided were now real-life, directly in front of me.

Random details jumped out, intoxicating my senses and preventing me from releasing him from the hug. Like how firm and warm his body was. How he smelled like sunscreen and cold, fresh Himalayan air. And how there was a trace of stubble on his cheek, which was currently pressed against mine.

This was my friend. The best friend I’d ever had, even though in the latter years we’d been around each other only a few months a year. I didn’t want to let go. I wanted this moment to be happening without anyone else in the room because it somehow felt like a direct continuation of those moments right before the earthquake. Like a continuation of what had been on the cusp of happening, something that would have put us squarely out of friends territory.

We let go at the same instant.

“It’s good to see you,” he said. His teasing smile and crinkly eyes were gone, replaced by the same pensive
expression he’d had when I first saw him.

All I managed was a nod as Mingma ushered us back to the table. Get caught up on the series About the Author
Megan Westfield has dabbled in many hobbies and pastimes over the years, ranging from playing the cello to cake decorating (i.e., icing-eating) to a dozen different outdoor adventure sports. Eventually, she discovered the only way to do it all was though writing—her first and strongest passion. She writes new adult fiction because she loves exploring the powerful and formative years between high school and the quarter-life crisis. As a reader, her favorite books are those with a truly unique, real-world setting, and, of course, a love story.

Megan grew up in Washington state, attended college in Oregon, and lived in Virginia, California, and Rhode Island during her five years as a navy officer. She is now a permanent resident of San Diego where she and her husband count family beach time with their two young kids as an adventure sport.