Welcome to the blog tour for LOVE YOU S’MORE, the third book in the adult contemporary romance series, The Campfire, by Beth Merlin. See below for information on the book and series, buy links, an exclusive excerpt, and details on her giveaway.

Synopsis
Having successfully designed the wedding gown of the century, Gigi Goldstein is on top of the world – that is until it all suddenly comes crashing down around her. When the paparazzi captures her and Perry Gillman in a compromising moment the night of the royal wedding, she finds herself entangled in a scandal of global proportion. Convinced her carelessness has ruined every relationship in her life, she’s surprised and moved by her boyfriend, Gideon’s, sudden proposal of marriage and accepts it without a second thought.

Four months later, Gigi’s living at Badgley Hall contemplating an entirely new kind of life, while guilt, regret, and obligation keep calling her back to her old one. Will Gigi stay in South Gloucestershire, marry Gideon, and become the Countess of Harronsby?

Or, will unfinished opportunities and an old flame bring her back across the pond to confront her past and reclaim her future?

Excerpt #3
“So, Gideon and I settled on a date for the wedding. It’ll be this summer. July 4th weekend. We figured it will give my side the benefit of the long weekend to get over here.”

“The wedding’s going to be here at Badgley Hall?”

“When Gideon proposed it, of course I said yes. I mean look around, who wouldn’t want to get married here?”

Alicia stood up and walked over to examine the large marble statue that stood in the middle of the fountain. She ran her hand over its two faces, each one looking toward a passage that might lead out from the center of the maze.

I came up behind her. “That’s the Roman god Janus. They say the younger face is looking toward the past and the older face, toward the future,” I said and sat back down on the fountain’s edge.

Alicia turned to me. “If these mazes were commissioned so secret matters of the family could be discussed away from prying eyes and ears, think it’s safe enough for us to finally talk about something?”

I took off my shoe and shook a rock out from inside it. “Sure. What’s up?”

“Gigi, I have to ask. What really happened with you and Perry that night in the hotel?”

I shook my head. “Nothing. Nothing happened.”

“I know it’s nothing like the papers implied, but why was he in your hotel room in the first place?”

I slipped my shoe back on. “He wanted to talk.”

She narrowed her eyes. “Talk about what?”

“You have to promise whatever I say stays here.”

She crossed her heart. “I promise.”

“Perry proposed. Although, technically, I guess he re-proposed.”

Alicia’s eyes got huge. “He proposed?”

“I don’t know whether it was part of his original plan or not, but he got down on one knee and told me he never stopped loving me, and he’d spend the rest of my life trying to make things right between us.”

Alicia suddenly whipped around to face me. “Didn’t you learn anything from what happened with Joshua? You were in love with him for years. Years. If you’d only told him.”

“Then what? He would have chosen me? You and Joshua were far better for each other.”

“So much better that I ended up marrying somebody else. Was Perry better off with Annabelle?”
“Maybe. Perry and I seem to bring out the worst in each other.”

“The worst? When you were with Perry, you built G. Malone. You were named CFDA’s Women’s Wear Designer of the Year. Perry wrote Elizabeth and graced the cover of Rolling Stone magazine for Christ’s sake. You’re just afraid. It’s why you ran away to Chinooka then. It’s why you’re running away to Badgley Hall now.”

“I’m not running away. I’m building a life with my fiancé.”

“What life? You’ve stopped designing. You and Jamie aren’t talking. You’ve pretty much walked away from G. Malone.”

“I’m letting the dust settle. I’m figuring things out. You were in the pub last night. You saw all those people pointing and whispering about me.”

“You’re going to hide out in this maze forever? Is that the plan?”

Tears sprang to my eyes. “You have no idea what it was like to go to bed on top of the world and wake up the most hated woman in England—maybe even the whole world. Gideon believed me when nobody else did. He stuck by me through all of it, despite what his mother thinks, despite what every tabloid tried to dredge up about me.”

Alicia stepped forward and wiped the tears from my cheeks. “You’re my best friend. I want to see you happy, that’s all. You know I like Gideon very much, but you don’t owe him the rest of your life just because he stuck by you. All I’m saying is that I hope in the end this is all enough for you. I can’t help but think it may not be.”

“Look around. I got the fairy tale, complete with a castle, prince, even a moat. Of course, I’m happy. Of course, it’s enough.”

She put her arm around me. “If you say so, I’ll never bring it up again.”

I peeked up at Janus, and for just a moment, I could swear, both his faces were looking at me—like they didn’t believe a single word I’d just said. 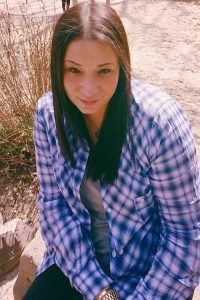 About the Author
Beth Merlin has a BA from The George Washington University where she minored in Creative Writing and a JD from New York Law School. She’s a native New Yorker who loves anything Broadway, rom-coms, her daughter Hadley, and a good maxi dress. She was introduced to her husband through a friend she met at sleepaway camp and considers the eight summers she spent there to be some of the most formative of her life. One S’more Summer is Beth’s debut novel.