Welcome to the blog tour for SUPERHERO SYNDROME, the first book in the new adult scifi/urban fantasy/superhero series, Solstice Survivors, by Caryn Larrinaga. See below for information on the book, buy links, an exclusive excerpt, and details on her giveaway. 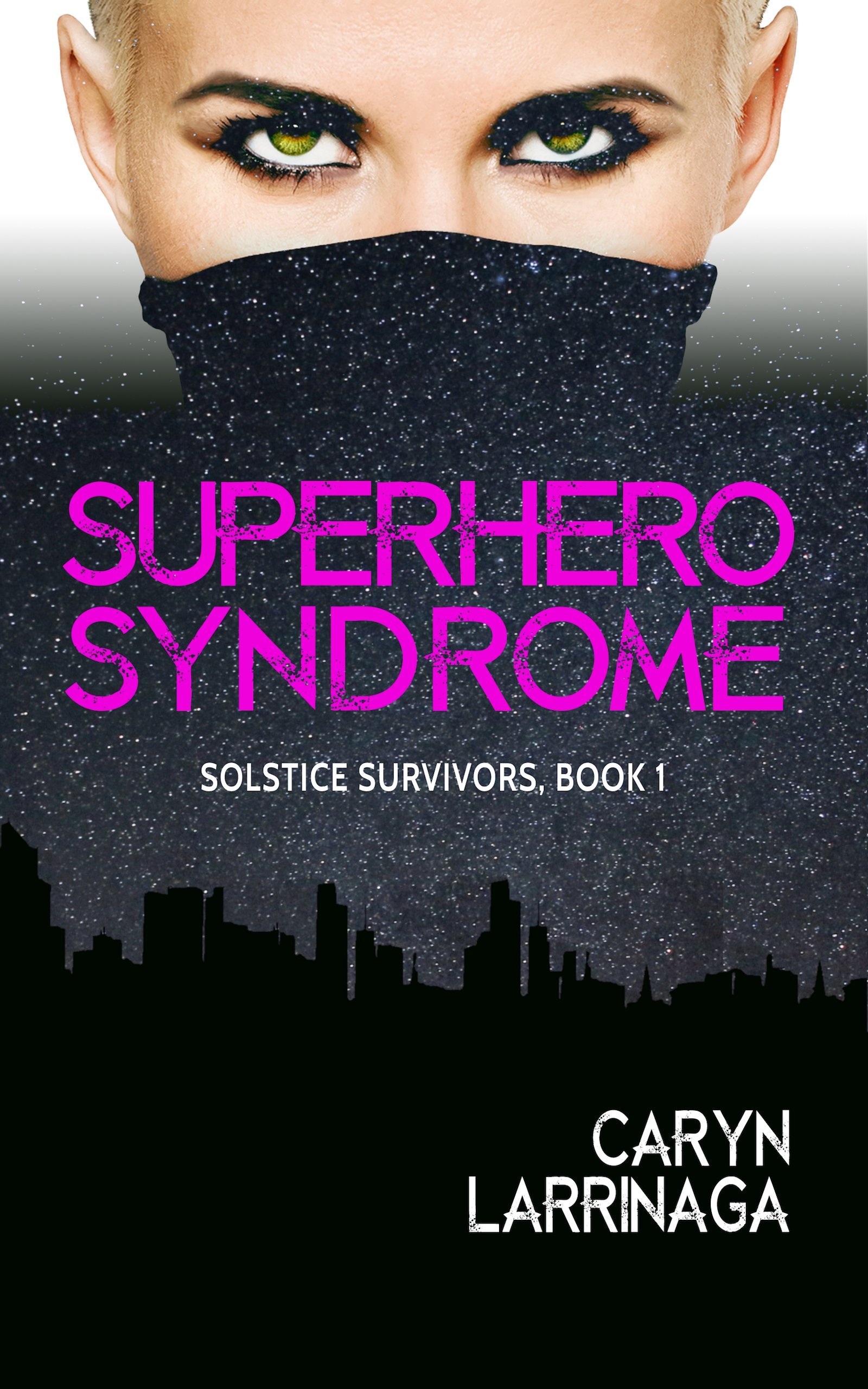 Synopsis
Tess McBray was dying. The Solstice Syndrome had no cure, and she resigned herself to an early grave. But just when she gave up on survival, all her symptoms mysteriously disappeared.

All but one symptom, anyway. Something is wrong with Tess’s hands. They absorb any material they touch, and her skin turns to wood, or steel, or concrete. It doesn’t take this comic-book obsessed 21-year-old long to figure out what’s going on: somehow, she’s developed super powers. And she’s not the only one; across the country, people are coming forward and sharing their gifts with the world. In her own city, where the police are battling a human trafficking operation, a masked vigilante called The Fox is saving lives and stopping criminals.

Tess doesn’t know where she fits into this new, super-powered world. But when people around her start disappearing, she can’t just sit on the sidelines. Teaming up with The Fox might be the only way to rid her city of evil and save the people she loves most.

Excerpt #2
And there was his face again, laughing at me from the empty white canvas of my living room wall. I clenched my fists and winced. They were too tender for that—so tender I didn’t dare unclench them. But I wished they weren’t. I wished I could go back to Bethany’s house and drag Bruce out through the back door, then beat his face in. I’d give him more than the bruises he’d given my sister, but that was only fair. This wasn’t something he’d started doing yesterday. He had years of abuse to pay for.

Years you weren’t even around for.

“Dammit!” As the word burst from my mouth, my left hand shot out and collided with the wall beside me. Plaster exploded around my arm, and my fist sailed clear through the wall until I sagged limply in the corner with my arm in a hole.

Startled, I yanked my arm back and stared at the mess I’d made. My landlord was going to kill me. I hadn’t just dented the plaster—I’d punched clean through the wall and could see my empty bedroom on the other side.

I raised my left hand up to my face. My fingers were still curled into a tight fist, but other than that, my skin didn’t look the way I expected. It was no longer red. It still looked like it’d been torn up a bit, but in the blue light from the sign outside, it looked even unhealthier than usual. It looked… gray. Like the little bits of broken plaster all over my floor.

“What the…” I murmured, bringing both of my hands closer to my face.

They stung like a rug burn, but beneath the pain, there was something else—a warmth, almost like I was hovering my hands over an invisible fire. It was such a strange feeling. I focused on it, trying to figure out where it was coming from, and tried to open my fists. I wanted to rub my palms together to see if that would intensify the warmth.

My two fists rubbed against one another, knuckles to knuckles. But I felt nothing. And instead of the soft, dry sound of skin rubbing against skin, I heard a rough scraping like two stones grinding into each other.

Frowning, I pulled my hands apart. I stood and bumped on the light switch with my fist, sure it was a trick of the light, but the bright yellow glow only made the truth clearer.

My hands were covered in hard, dry plaster.

I’ll admit it. I screamed. 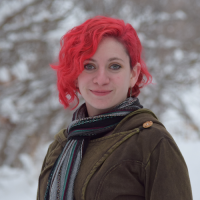 About the Author
Caryn Larrinaga is a Basque-American mystery, horror, and urban fantasy writer living in Utah with her husband and cats. Her debut novel Donn’s Hill (March 2017, Immortal Works Press) garnered rave reviews from fans of the cozy mystery and paranormal genres, and her new urban fantasy Superhero Syndrome (September 2017, Twisted Tree Press) will be out this fall. Watching scary movies through split fingers terrified Caryn as a child, and those nightmares inspire her to write now. She lives in a 90-year-old house with a colorful history, and the creaking walls and narrow hallways send her running (never walking) up the stairs from her basement. Exploring her fears through writing makes Caryn feel a little less foolish for wanting a buddy to accompany her into the tool shed.

When her fingers aren’t glued to her laptop keyboard, Caryn also enjoys binge-watching Netflix with her husband, reading, playing video games, and filling up her phone’s flash memory with pictures of her cats. She loves music and plays the bass guitar. Caryn is an active member of the League of Utah Writers and the Utah Chapter of the Horror Writers Association.