Today is release day for RESTLESS INK, the second book in the adult contemporary romance series, Colorado Springs, a spin-off of the Montgomery Ink series, by New York Times and USA Today Bestselling Author, Carrie Ann Ryan. See below for information the book and series, buy links, and an exclusive excerpt. 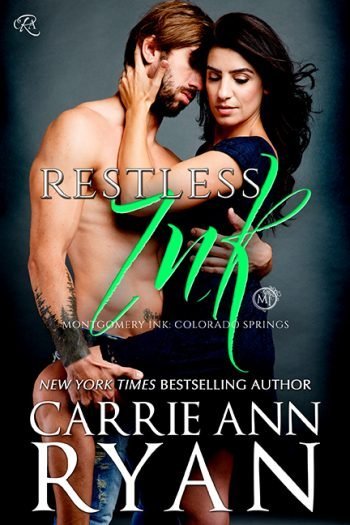 Synopsis
The Montgomery Ink series continues with the so-called sensible sister and the one man she never should have fallen for.

For Thea Montgomery, baking isn’t only therapeutic, it’s also her dream job. She’s worked countless hours keeping her bakery afloat, and now that it’s where she wants it to be, she’s ready to expand and take the next step. When it comes to work and her family, she’s on top of her game. Her personal life, however, is a different story.

When Dimitri Carr isn’t teaching and hiding his ink under long sleeves to keep the bosses happy, he’s trying to be the best brother and friend he can be. After his divorce, he’d thought he would lose Thea from his life forever because she’s his ex-wife’s best friend. But now that he’s free, and the two of them realize they want to keep their friendship. Then he finally sees what he’s been missing all this time.

But there are more problems than the fact that Dimitri is Thea’s best friend’s ex. And when accidental touches and flirtations aren’t enough for either of them, and they’re finally ready to take the next step, they’ll find out exactly what that cost is for crossing that line. And will need to find the strength to face it.. 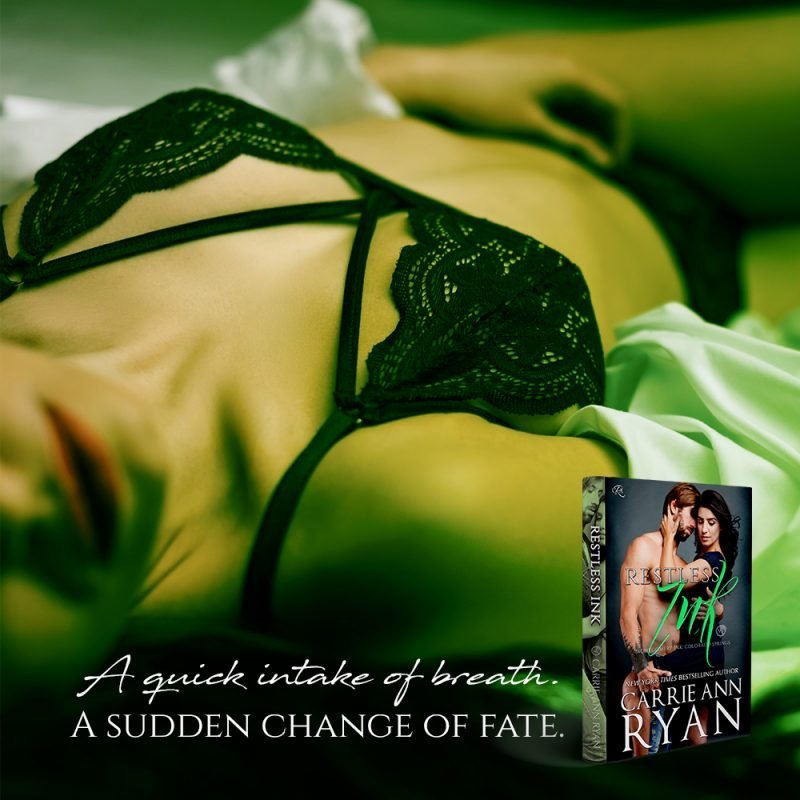 Excerpt #1
“Hey,” Dimitri said quietly when her eyes widened at the sight of him.

“Hey.” She swallowed hard. “You haven’t been into the shop in… well, it’s been a while.”

He smiled, knowing the awkward feeling between them came from his speech the other night in the parking lot. He missed Thea, damn it. She’d been his friend too, and for all her saying she wouldn’t take sides in the divorce, they’d each pulled away from each other for Molly’s sake. And now he had a feeling he’d made the wrong choice.

He didn’t have many friends, not anymore. Most had been his and Molly’s, and a lot of them had gone to her. He’d understood since they were in different social and financial circles than he was, and most had been in Molly’s crowd long before Dimitri met her. But other than his family, he didn’t have as many people in his life as he would like.

And he missed his friend.

She rolled her eyes. “You sure love your sweets. I have no idea how you stay so built.” She blushed, and Dimitri chuckled before raising his brow. “You’re a baker, and I can say the same about you.” She rolled her eyes. “The skinny baker schtick is freaking annoying. I’m not skinny. I have curves. And I work my ass off to keep them. Plus, you know, there’s only so many bites of brownies in my life I can deal with.”

He resisted the urge to look down at her ass at the mention of her curves. Thankfully, she was angled away so that he couldn’t see, but still.

“I have four kinds left today. We had a fifth, but I underestimated this city’s love of marshmallows.”

She laughed. “Yeah, about ten minutes ago.”

“Damn it, I should have brought Captain with me so I didn’t miss it.”

Her expression softened at the mention of his golden. “I miss him so much. I don’t get to see him nearly as often as I would like.”

“Pretty much. But I’m still looking for a place that lets in big dogs.”

“I’ll keep an eye out, as well. I’m sure one of the Montgomerys will be able to find one for you. We’re good at things like that.”

The light flickered above her, and she let out a curse.

“Need help with that?”

“No, I have it. It’s that damn light bulb. I switched it out a month ago, and it’s already going out again. Meaning, I need to find an electrician. I can probably call one of my cousins who are the only ones I trust since it’s their job and they’re the best, but it’s still a pain in the ass.”

She went about getting him a caramel brownie without him even having to ask since, yes, he’d go for caramel if marshmallow wasn’t available. Then she set about working on a vanilla latte for him. Apparently, she knew him better than he remembered. “How late do you work tonight?” he asked as she handed him his order.

“I close tonight since I didn’t open. But not too much longer.” Something beeped behind her, and she turned, bent over, and reached to tap something on the counter.

He blinked and did his best not to look at her, not to stare. And that’s when he knew he was screwed. Because he hadn’t been able to get her out of his head, and she was the one person he shouldn’t be looking at.

He wanted her as his friend. Nothing more.

“I don’t close tomorrow, though.” He blinked as she turned back to him, biting her lip. “And you were right about the whole being friends things. We were friends before you got married, and I miss you, too.” She swallowed hard. “So, anyway, I’m having a family and friends game night at my house. Silly games and lots of snacks and booze because… why not. Do you want to come?”

He let out a breath. “I might have plans with my brother. I have to see what he’s thinking for tonight, and then I’ll let you know. But, Thea? Thanks for the invite.”

She smiled. “I hope you can come, but I understand if you can’t. It’s at seven at my place. Show up if you can.”

And with that, he paid for his snack and headed out of the shop, the image of her very pert backside firmly in his mind. He couldn’t help but want to kick himself. That was not how to keep being her friend, damn it.

And the sooner he got that through his thick skull, the better. Because Thea Montgomery was only his friend. That was all she’d ever been. He’d never thought about her in any other way before this, and he wouldn’t start now.

No matter how hard it was. 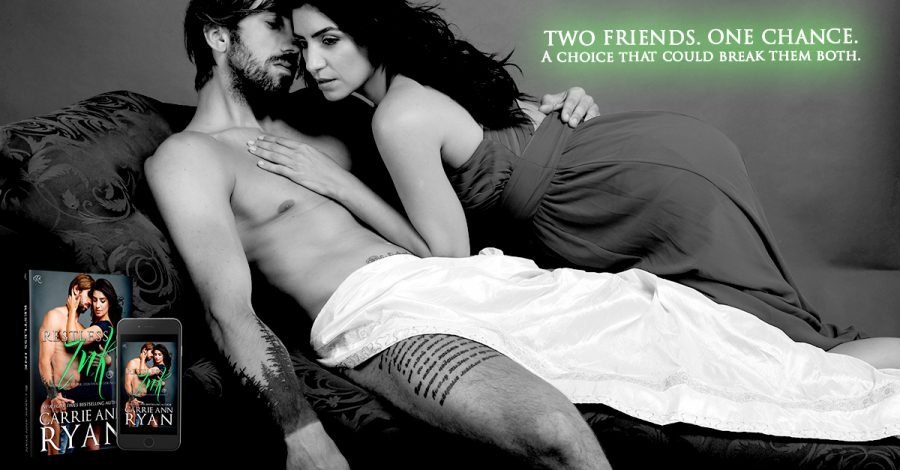