Welcome to the blog tour for BLOOD OATH, the second book in the young adult historical romance/fantasy series, Blood Oath, by Amanda McCrina. See below for information on the book, buy links, a guest post on the author’s road to publication, and details on her giveaway. 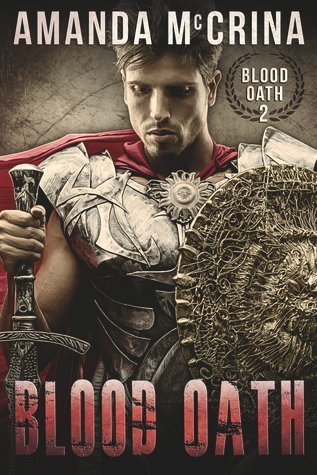 Synopsis
The aftermath of what happened in the capital has shaken Torien to the core. Battling self-doubt and bitterness, he must find his resolve as he is sent back to Tasso to quell a violent uprising on the Road.

But Torien will need more than resolve to navigate the deadly path before him. His troops are inexperienced and his new adjutant untrustworthy. A series of murder attempts leaves the whole camp on edge. As the threat of mutiny builds, the mission seems doomed before they even reach Tasso—and Torien is beginning to suspect it was meant that way. He and his men are being set up to fail.

With his best friend in the hands of the rebels, his commanding officer refusing to negotiate a peace treaty, and his own men ready to turn on him at any moment, Torien must decide once and for all how much he’s willing to sacrifice for an empire he no longer believes in.

Road to Publication
The Blood Oath books weren’t the first books I queried. Back in 2012, while I was still in college, I’d actually queried another fantasy manuscript set in the same world as Blood Oath. (That manuscript eventually ended up self-published and is now, thankfully, out of print.) So I’d already had a little bit of experience with querying by the time I wrote Blood Road in 2014-2015.

Still, I queried Blood Road for eight months before the manuscript generated any interest—and then, a bit unusually, I received a publication offer and an offer of representation from an agent almost simultaneously. I signed with the agent, and a few weeks later, in January 2016, we accepted the offer of publication from Month9Books.

The road hasn’t been without its bumps since then—I parted ways with that first agent and have since shifted genres, too—but Blood Road was released in April 2017, and I’m glad to be able to share the sequel with you now! 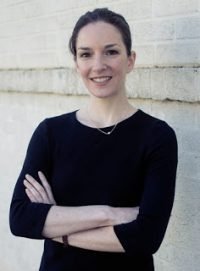 About the Author
Amanda McCrina has studied in Italy, taught English in Japan, and currently tutors Latin in Atlanta, Georgia. She received her BA in History from the University of West Georgia, and is now pursuing her MA. She writes stories that incorporate her love of history, languages, and world travel. She drinks far too much coffee and dreams of one day having a winning fantasy-hockey season.