Welcome to the book blitz for CARRY ME HOME, a stand-alone young adult contemporary romance/thriller, by bestselling author, Jessica Therrien. See below for information on the book, buy links, an exclusive excerpt, and details on her giveaway. 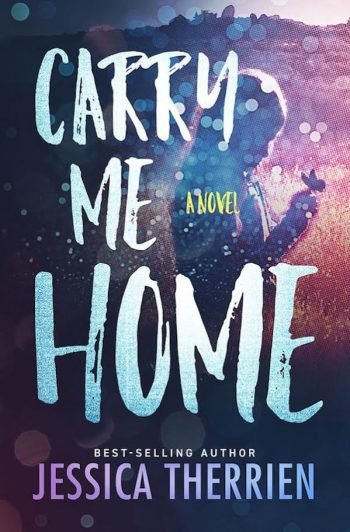 CARRY ME HOME by Jessica Therrien

Synopsis
“A riveting page-turner… Jessica Therrien broke my heart into a million pieces — and then put it back together again. This book will haunt and uplift readers long after they turn the last page.” -KAT ROSS, best-selling author of The Midnight Sea

CARRY ME HOME is a fictional novel inspired by the true story of a teenage girl’s involvement in several Mexican gangs in San Jose and Los Angeles. The members of her crew call her, Guera, Spanish for “white girl” and it doesn’t take long for her to get lost in their world of guns and drugs.

Lucy and Ruth are country girls from a broken home. When they move to the city with their mother, leaving behind their family ranch and dead-beat father, Lucy unravels.

They run to their grandparents’ place, a trailer park mobile home in the barrio of San Jose. Lucy’s barrio friends have changed since her last visit. They’ve joined a gang called VC. They teach her to fight, to shank, to beat a person unconscious and play with guns. When things get too heavy, and lives are at stake, the three girls head for LA seeking a better life.

But trouble always follows Lucy. She befriends the wrong people, members of another gang, and every bad choice she makes drags the family into her dangerous world.

Told from three points of view, the story follows Lucy down the rabbit hole, along with her mother and sister as they sacrifice dreams and happiness, friendships and futures. Love is waiting for all of them in LA, but pursuing a life without Lucy could mean losing her forever.

Ultimately it’s their bond with each other that holds them together, in a true test of love, loss and survival..

It’s a test, Guera. Only thing I can say is you’re allowed to fight back. Take ‘em out with everything you got.

I’d heard of people being jumped into a gang before, maybe it was Rosa who told me about it. As the girls start to descend from their spots around the room, slowly closing in like encircling wolves, I know what’s about to happen.

The realization takes hold in my chest, a quick plunge of the heart into an icy lake of fear. I back away slowly out of instinct, ready to run, but there’s nowhere to go. The sound of their skittering feet is the first thing I hear before they come at me. Me against all of them. Me against Rose Tattoo and Cigarette Twins. Me against the jealous novias. Ten sets of eyes glinting with the thrill of a fight. I flinch and turn my back to avoid the fists, but they’re all around me. One of them catches me by the shoulders, holding me in place as the other girls hit the back of my skull. My head flies forward, chin to chest.

At first I don’t know whether to swing or cover. I reach up to protect myself, but there are too many points of contact. The rush of adrenaline is intense. It blocks the pain, but there is a fiery need in me to get away. I try and kick or punch, feeling one or two connect, but the girls are everywhere. An elbow slams against my temple. My head splits and my ears ring. I go down.

Every infinite minute of being the enemy feels like it’ll never end.

Someone’s shoe stomps my thigh. Others strike my ribs. I heave and gag until I can’t breathe. But that kind of terror turns me into a resilient kind of crazy. The kind of rabid-mad that is born of desperation. I scrape and flail until I’m on my feet, pulling hair and swinging my fists, making contact with whatever I can. I don’t realize I’m screaming until Toño calls them to a stop.

It ceases the moment the girls hear his voice, and I’m left there shaking and crazed, my breath dragging in and out of my lungs in a feverish effort to return to its normal rhythm. I pant and cry, as softly as I can, but it’s hard to deny my body the relief of all-out sobbing. My head hurts. My brain smashes against my skull with the pulse of too much pressure. I taste blood in my mouth, though no one has touched my face. Now that it’s over, the pain of it all rushes to the surface and makes me want to vomit. I feel like I could die.

Why am I here? Why am I doing this?

“She’s in,” Toño says, and the cheers of the group shock my senses and make me tense up.

They all rush me, and at first I’m terrified it’s about to start again, but instead they hug me and pat me on the shoulder all at once. Each hand on my back or squeeze around the shoulders rocks me with pain, but they’re so happy. Their laughter and cheering is contagious, it flows into me, filling me with a strange sense of pride and belonging. I can’t help my smile when I see their encouraging faces. I even start to laugh. 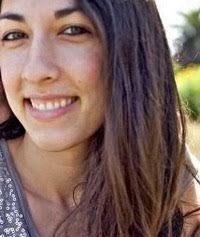 About the Author
Jessica Therrien is the author of the young adult paranormal fiction series Children of the Gods. Book one in the series, Oppression, became a Barnes & Noble best-seller shortly after its release.

Aside from her Children of the Gods series, Jessica’s work can also be found in a published collection of flash fiction stories called Campaigner Challenges 2011. Out of over 350 submissions her story, The Soulless, won first place for people’s choice and fourth place in the judging round of Rachael Harrie’s Writing Campaign Challenge. Her story, Saved, is also available as part of the anthology.

Jessica spent most of her life in the small town of Chilcoot, California, high up in the Sierra Nevada Mountains. In this town of nearly 100 residents, with no street lights or grocery stores, there was little to do but find ways to be creative. Her mother, the local English teacher, inspired her to do all things artistic, and ultimately instilled in her a love for language.

Jessica currently lives in Irvine with her husband and two sons. She is working on an adult novel and a children’s picture book..