Author Cassandra Page, is revealing the cover to FALSE AWAKENING, the second book in her new adult urban fantasy series, Lucid Dreaming, releasing August, 2017. See below for the cover, information on the book and series, plus a link to add it to your Goodreads TBR. 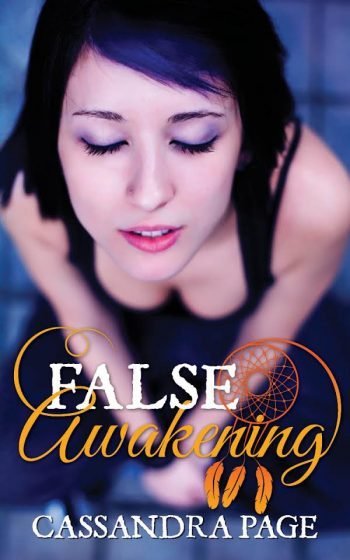 Synopsis
Melaina, half-human dream therapist, just wants her life to return to normal. Yes, her Oneiroi father is in prison and, yes, the place she worked burned down, but she has a cute boyfriend and a new house. She beat the bad guy. She’s earned a break. Right?

Unfortunately for Melaina, people are still getting possessed by nightmare spirits; the police are investigating her past; and the bad guy’s brother, the Morpheus himself, is coming to town to demand answers. When a deranged ex-nurse checks himself out of hospital on the same day her cousin runs away from home, Melaina is dragged into a fight not just for her life but for her soul.

Excerpt #2
Leander studied me from the other side of the trolley. I could see the shadows of fatigue under his eyes, which shocked me. Leander never looked tired. Cocky and self-assured? Yes. But tired? No. Not even when Ikelos had bound him with barbed wire. Despite his relaxed manner, increasing the hold of Daniel’s memory over the dream and destroying so many blights was draining him. And he was too proud to admit it.

I clenched my jaw and took a breath. I’d wanted to look for matches and maybe some reams of paper, but we didn’t have time. Another blight was about to hatch. “Alright.” I pulled several packets of nails down and tossed them onto the top of the trolley with a sick feeling. I’d seen enough news stories to know real-world lunatics packed their bombs with shards, to cause additional damage. “Can you get this up there, and then explode it?” I glanced at the nails. “From a d—”

The floor erupted beneath us.

Tentacles, each as thick as one of Leander’s well-muscled thighs, smashed through the floor. The blight hadn’t been as helpless as I’d assumed … and corruption hadn’t been the only thing it had been spreading. My cheek burned as a shard of floor tile sliced it, blood welling. The trolley tipped and I ignored the pain, lunging forward to steady it before its contents spilled into the sticky darkness below. Leander leaned over and gripped the frame, placing one hand on either side, his fingers brushing against mine as I let go. His grim gaze held mine for a moment, and then his wings pumped. Air washed over me as he lifted the overstuffed trolley into the air, towards the central body mass of the blight.

For a second I felt relief as he carried the improvised bomb above the thrashing tentacles. Then one of those tentacles slid around my waist, barbs as long as my palm tearing through the scorched armour of my motorcycle leathers. I gasped and prised at them with bare hands, trying to wiggle free but succeeding only in cutting my palms. Above me, the muscles in Leander’s back worked as he strained to haul the trolley upwards, ignoring the now-free baby blight buzzing around him like an oversized mosquito. He was dragging the bomb up there with brute force. Pain caused my vision to blur, but not before I realised he was going to ignite the trolley’s contents while he was holding it. The damned fool Oneiroi had no idea what would happen.

The tentacle dragged me towards the jagged hole in the floor. I didn’t look down, not wanting to see what awaited me. The wet smacking sound and the putrid smell were bad enough. Sweat beaded on my brow and I set my jaw against the pain, blinking to clear my vision, staring up at Leander.

He drove the end of the trolley into the breeder blight’s wet mass, leaning against the handle to brace it there as he conjured a spark in one hand.

The spark descended towards the makeshift bomb.

I cried out, using the last of my energy to fling a shield, a wall of force, between Leander and the trolley.

Fire and exploding chunks of meat raining down around me. My vision blackened, and I tumbled out of the dream. 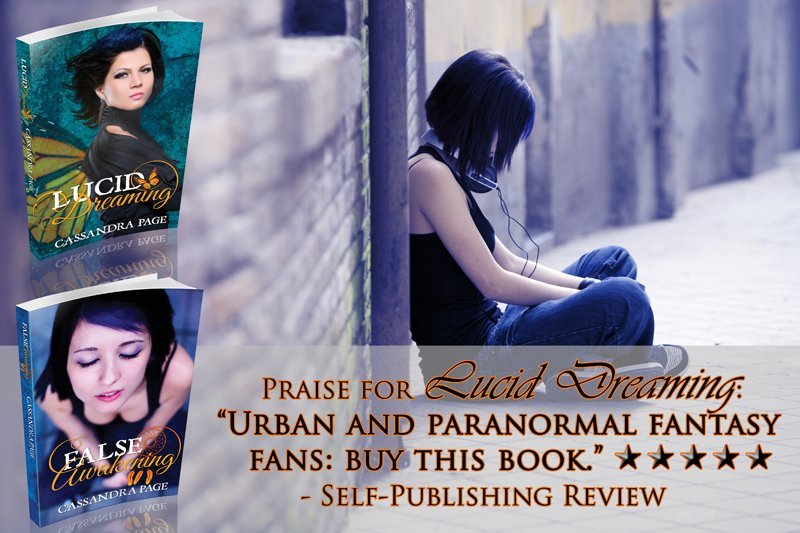 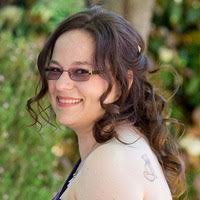 About the Author
Cassandra Page is a mother, author, editor and geek. She lives in Canberra, Australia’s bush capital, with her son and two Cairn Terriers. She has a serious coffee addiction and a tattoo of a cat — despite being allergic to cats. She has loved to read since primary school, when the library was her refuge, and loves many genres — although urban fantasy is her favourite. When she’s not reading or writing, she engages in geekery, from Doctor Who to AD&D. Because who said you need to grow up?