Welcome to the book blitz for GOT MINE, the first book in the new adult contemporary romance, Men of Trance, by Nicole Loufas. See below for information on the book, an exclusive excerpt, a couple of teasers, and details on her giveaway. 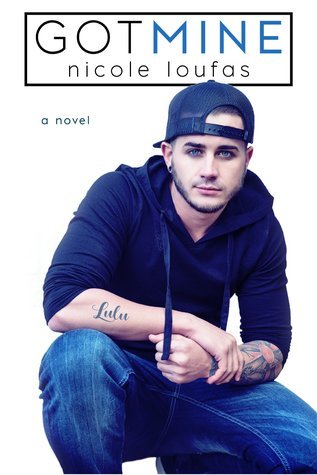 GOT MINE by Nicole Loufas

Synopsis
When his girlfriend joins the army; Theodore Sway is left to raise their daughter on his own. His shitty job barely covers the ever-rising cost of his San Francisco neighborhood. When Lulu is accepted at a hipster private school, Theo is forced to find a better job. He does what any good parent would – he becomes a stripper.

Theo sacrifices his ego, his morals, and his body hair so his daughter can have the kind of childhood he’s always dreamt about. With the encouragement of his not-so-helpful club brothers and Sylvie, his ex-stripper BFF, Sway struggles to maintain balance between his sexy stage persona and his role as the world’s okayest dad. 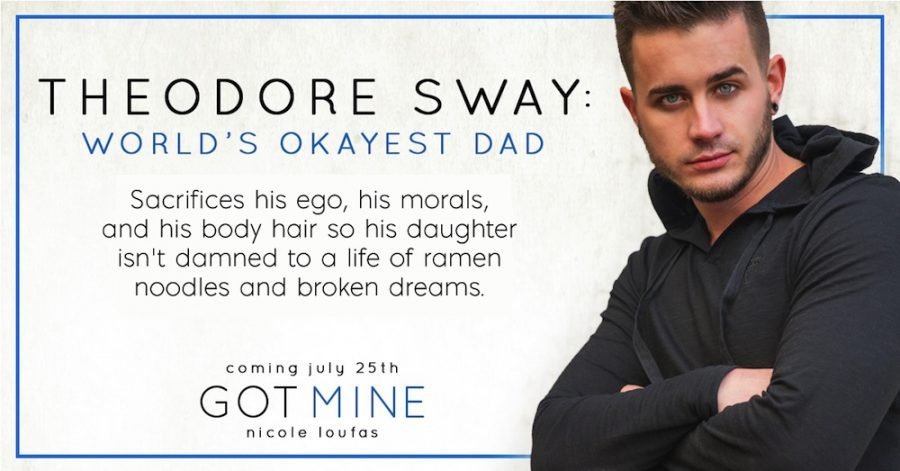 Excerpt #2
They planned this. Every second of my time here has been carefully calculated. They feed me, get me a little drunk, then spring the dance on me. Pure evil.

The lighting in the room is already dim; since we’re in a wine cellar, there are no windows. I just have to worry about bus boys and waiters. I check the door one more time.

“Don’t worry,” Rachel says. “I told them we’d let them know if we needed anything.” She moves to the other side of the room and sits alone.

“You’re not going to watch?”

She smiles and crosses her legs.

“I don’t like to share.” Her foot bounces inside her stiletto. I watch her brown heel dangle on her toes, and the room goes quiet.

“Maybe we can schedule a private for later,” she suggests, and I no longer have to worry about having a limp dick.

I would never fuck Rachel, but the idea of dancing for her turns me on. Even after all the humiliation she’s put me through, that woman just does it for me. You always carry a special place for your first.

My song comes on over the speaker, and I’m in work mode. I smile down at Rachel and run my hand across her cheek.

Her foot stops moving and her lips part as I turn and walk away. I want her to want me. It’s our sadistic game.

I stroll past the table and consider using it as a stage, but it’s full of glasses and salad plates. Having a crouton stuck to my ass isn’t sexy. I scan the line of women waiting for me to get naked. Usually, I focus on one, but this situation is highly unusual. I decide to work my way down the line.

I’m not surprised when the towel fits my waist perfectly. These women are fucking prepared. I search the table for something I can use in place of the whipped cream.

Wine is too thin. Coffee creamer might work. I find a little silver dish filled with thick white cream. I dip my finger in it, ranch. I catch Rachel’s eye, and we laugh. 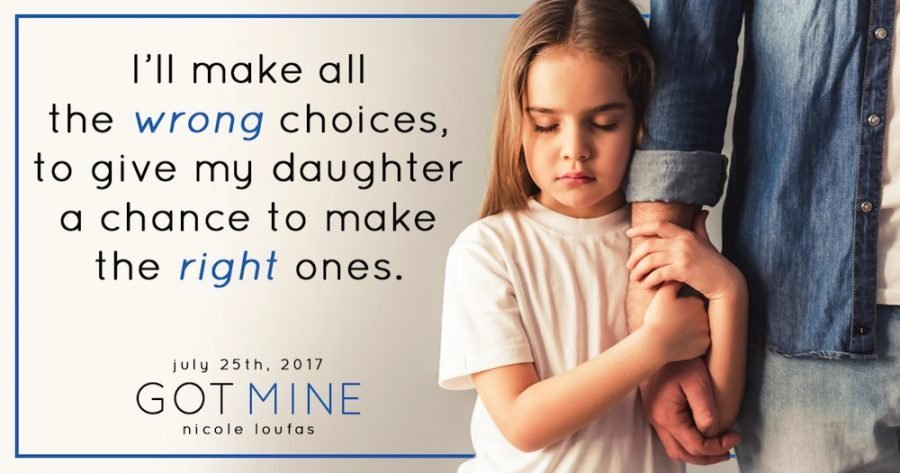 About the Author
Nicole was born and raised in California. She claims to be a San Francisco native, however she’s lived in both Northern and Southern California. She credits her creativity to the fact that she attended 12 schools between kindergarten and her senior year in high school. Her nomadic childhood allowed her to reinvent herself often. Some might say she was a liar. While others see the stories she told as a coping mechanism. Twelve schools, in six cities, in twelve years – give her a break. Today she channels her storytelling ability into writing novels. Long story short – kids that lie become writers..