Welcome to the book blitz for SINK, the first book in the young adult fantasy romance series, Mermaid Royalty, by M.E. Rhines. See below for information on the book, buy links, an exclusive excerpt, and details on her giveaway. 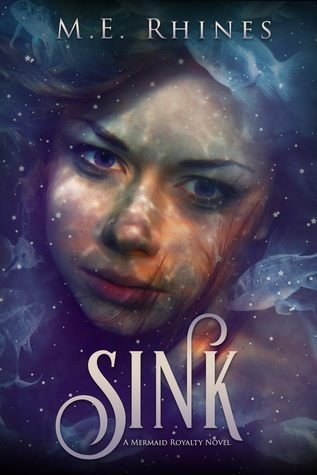 Synopsis
Obedience has always been a matter of survival for sixteen-year-old mermaid princess Pauline. Her mother is the tyrannical Queen Calypso, who rules the kingdom of Atargatis with an iron trident. To utter one word against her would mean banishment—or worse—so Pauline bites her tongue and minds her manners. But on the eve of her sister’s merling-shower, all of that is about to change. Confronted with the truth about what happens to the human men who are betrothed to the mermaids of Atargatis, Pauline realizes she can stay silent no more.

Determined to end the queen’s dark tradition, Pauline goes along on a search for shipwreck survivors, secretly planning to free them. But things get complicated when she finds herself inexplicably drawn to one of the men. Before she realizes what’s happening, she has kissed him—and a kiss from a mermaid is not without consequences. Now Pauline will have to risk everything if she is to save the young man and thwart the queen’s dark plans…. 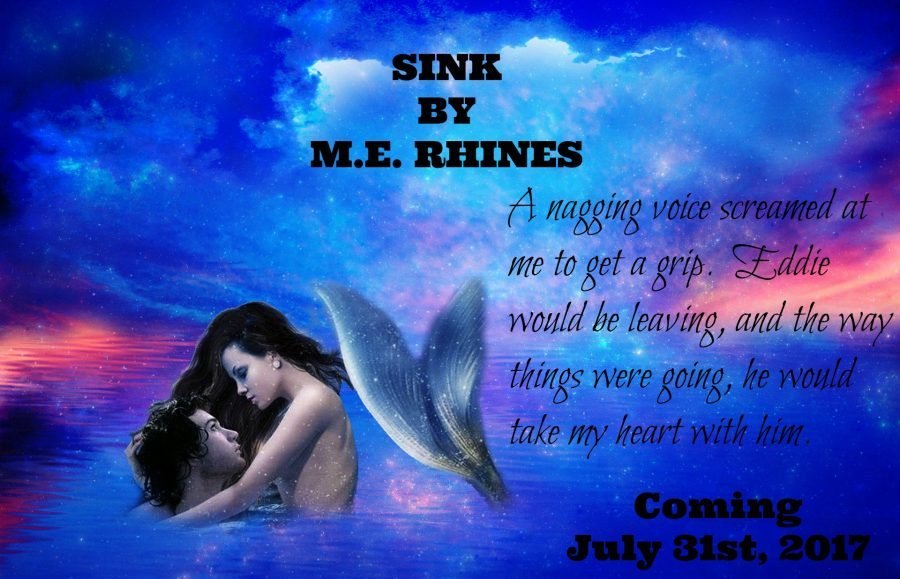 Excerpt #3
“Sure, okay. Let me just climb on your back and ride you like a whale.” He laughed at his own joke, but I just planted my fists on my hips.

“That’s exactly what you’re going to do.”

“I’m serious, Eddie. Mermaids are a lot stronger than we look.”

Eddie clenched his jaw and looked away. “I can’t do that, Pauline. I’m the man here. I don’t take piggy-back rides from princesses.”

“Good Poseidon.” I let out an animalistic growl. “You humans are so infuriating. Look, I get that where you come from the women are delicate and you do everything for them, like opening their doors and carrying their purses.” I held out my satchel, my way of showing it was me carrying the load and not him. “Down here, though, it’s different. We rule the ocean. Mermaids build the walls, make the rules, and get everything done. Stop being a chauvinistic piece of krill and let me help you.”

“I am not chauvinistic.” His tone was stern, but his mouth twitched, threatening to reveal his amusement. “I’m independent. There’s a difference.”

“You can’t afford to be independent in the ocean. Surviving down here means working together. You help me where I lack, and I’ll do the same for you.”

“Sounds like a good deal. Except, you’re still not carrying me. That’s too far out of my comfort zone. I’ll walk.”

“You’re either going to kill yourself from exhaustion or it’s going to take us two days to get there instead of two hours.”

“We better get moving then. I’m pretty anxious to see which it’ll be.” Eddie winked at me, and the burning anger creeping up the back of my neck receded in an instant.

I chewed on my lip, mumbling some pretty ugly words under my breath as he laughed. “Fine,” I said. “I have an idea.”

I pinched my thumb and index finger together, pressed them against my lips, and blew. A loud, high-pitched whistle sliced through the water. A second later, I blew again, and then a third time.

He cocked his head, watching me with furrowed brows. “What’re you doing?”

“Calling us a ride.”

“You know, big yellow car with a horrible driver inside who can’t speak English.”

“I’ll never understand why you don’t just walk where you need to go. It seems unhealthy to live so sedentary.”

“Not everything is close by. Sometimes, the supermarket is like, ten miles away.

“So, you build things within walking distance. There isn’t anything we need outside swimming range.”

“Then what about this ride you’re calling? Must’ve used it before to know about it.”

I shook my head, searching the ocean for a sign of movement. “I’ve never used him for travel, just for fun.”

An eruption of bubbles in the distance caught my eye, and a flutter of excitement burst in my chest. I waved at the shiny grey blob. Realizing it was me, the dolphin whistled and clicked so eloquently one might mistake it for chatter.

He swam right into me, sending me backward with his weight. I grabbed his dorsal fin, and he spun us in dizzy circles as I hugged him. When I finally let go, the seafloor wobbled. Eddie’s outline swayed from side to side, and then settled straight once I regained my balance.

“Um.” Eddie’s jaw hung open as he looked over my dolphin friend, half-fearful, half-dumbstruck. “What. Is. That?”

Somehow, even clueless looked good on him. “This is Mort. He’s my friend.” 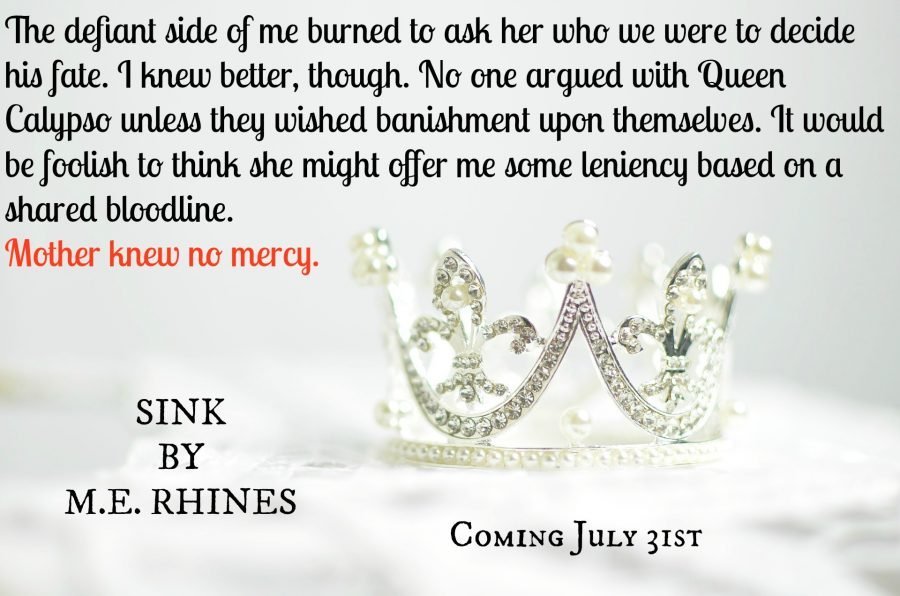 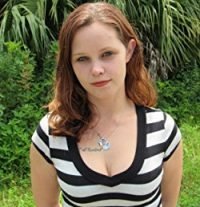 About the Author
ME Rhines a southwest Florida native currently living in North Port with her two beautiful children and a third, much larger child whom she affectionately calls husband.

She writes young adult paranormal romance to feed her belief that fairy tales are real and nonsense is necessary.