Welcome to the book blitz for SPANK, a stand-alone adult fantasy LGBTQ+ romance, by Klara Raškaj. See below for information on the book, buy links, an exclusive excerpt, and details on her giveaway. 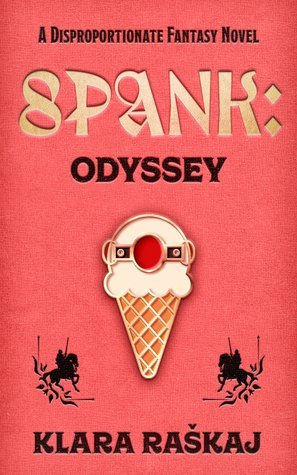 Synopsis
It’s easy to be a villain.

Domino Enviedhieri is a young magica user and aspiring entrepreneur stripped of his heritage, his dignity, and most importantly, his allowance. After being forced to battle a rampant demoness alongside his rival at the strip club where he works, Domino finally decides he’s had enough and wants to kill the bastard for stealing his well-deserved spotlight for the hundredth time.

With the help of his ethnically diverse crew, Domino embarks on an epic quest for ultimate power. Though the journey is riddled with dicks, demons, danger, and confusing sexual feelings for one’s best friend, Domino is determined to prove his greatness to the world and to himself.

But to beat the fiercest warrior in the enchanted Republic of Kitaria, there’s really only one power Domino needs to gain: his own sense of self-worth.

Excerpt #2
Selyah banged his fist against the armrest, raising the volume of his voice. “Your ‘prize’ is a twenty-one-year-old fully grown adult who sits in his room all day jerking off, lifting weights, and making his guitar shriek at five in the afternoon.”

“Starabey!” Selyah yelled, making even the stuffed animal heads on the walls shake.

In a few moments, through the beastly wooden door came in a broad-shouldered, athletically built young man with gray skin. His hair was long, abundant, and frizzy—an electric-blue color so bright it almost looked like a cheap wig. He stared at Domino and his posse with drowsy amber eyes and was adorned with only a pair of thick harem pants.

“I…thought you said I don’t have to do it if I don’t make eye contact,” he replied with an airheaded, puzzled gaze.

Selyah smirked. “You’re moving out. These boys have come to take you with them.”

“Okay, but…uh…” mumbled Starabey, his eyes darting around the room from discomfort. He let out a light sigh and mustered up the courage to look into Selyah’s eyes. “I’m…uh…not one hundred percent sure how sex dungeons work…”

“Ugh!” Domino groaned at the top of his lungs, leaning his head back and pulling down the skin on his cheeks. “We’re just poor!”

“Domino, we’re strippers,” Ken argued, rubbing the side of his head with his fingertips. “We wear even less at work. Why does this bother you so much?”

However, Domino refused to grace him with a reply.

Starabey turned to Domino and the rest, his eyebrows cocked up in awe and confusion. “Um…”

“He can understand Kitarian, but he can’t really speak it,” Bowie elaborated.

“Yeah—we mostly just try to guess what he’s saying or ask him to pantomime,” said Domino.

Starabey stared at the young men and the demon, his expression showing nothing but fear and uncertainty.

“By the way, I’m Domino,” said the blond with a snobbish grin and pushed his ponytail over his shoulder and onto his chest. “Heir to the Enviedhieri family estate, star performer at Cazzo Grande, Buonarroti High School honors graduate, master of the fourth elemental horseman.”

“Ken.” He bowed his ink-haired head, still keeping on a cynical frown. “Seer of bullshit. Prophet of imbecile stunt outcomes.” 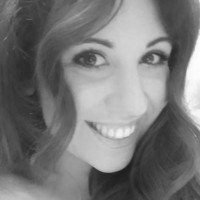 About the Author
Klara Raškaj is an author of hot and eldritch speculative romance. An epic journey, otherworldly creatures, fantastic lore, a tantalizing romance, a dash of bone-chilling horror, and a pinch of mystery is her not-so-secret recipe for a delectable literary treat. Her lifelong love of writing is second only second to her obsession with hazelnut milk and artisan soap.