Welcome to the book blitz for SPARKLES IN LOVE, the first book in the adult contemporary romance/romantic comedy series, Sparkles Book Club, by Sarah Gai. See below for information on the book, buy links, an exclusive excerpt, and details on her giveaway. 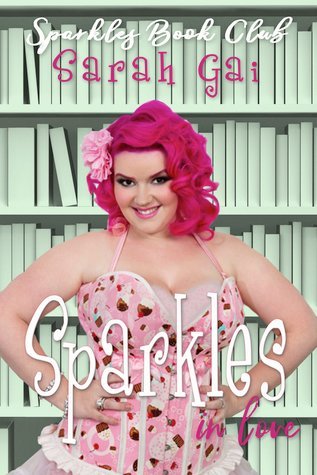 Synopsis
A Romantic Comedy with a plus size heroine! You will fall in love INSTANTLY!

Meet Jess. Accident prone and unlucky in love. Her life has hit a stalemate. What better way to change things up than by playing Matchmaker. But Jess gets more than what she’s bargained for. It also doesn’t help that she lives next door to the worlds sexiest man. When things go wrong and Jess is faced with her own feelings, will she admit them?, Run? or finally catch a break!

‘Fall in love with this tutu toting, pink wig wearing cutie and come along for some major laughs, with her and her friends!’ 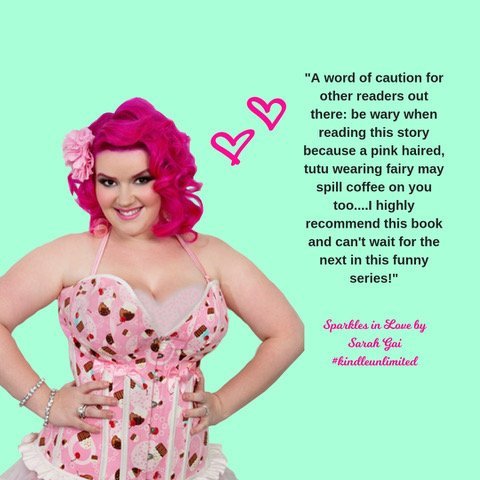 Excerpt
I remembered my mission and left Haley, speeding up my pace as I searched for the tallest head in the bar. Brax wasn’t hard to find—he towered over ninety percent of the other patrons filling the place.

I spotted him over near the stage, his hands above his head leaning against the wall. As I got closer, I could see he was talking to a woman, who was much shorter than he. She had her back against the wall and her eyes were all starry as they peered up at him. Typical. I hadn’t even been there an hour and I had to put up with that. Not that it bothered me at all. Nope, not one single bit. Brax was a grown man who could do whatever he wanted. Who was I kidding? I was so jealous it hurt. God, why couldn’t he look at me like that?

Setting my irritation and jealousy aside, I pushed my way through the crowd and planted myself right in the middle of their partnering; facing the woman, I smiled.

“Sorry, I only need one moment of my neighbor’s time. Just one little second,” I said and raised my pointer finger to face height so she understood over the music.

I didn’t wait for her reply but immediately turned and stared up into the face of a God—crap, I mean Brax. I didn’t have time for lusty thoughts about him right now.

Brax opened his mouth to speak, but I covered it with my palm.

“No time for your cocky words, my friend. Did you do what I asked? Just nod, that’s all I need from you tonight. Save your words for what’s-her-face behind me.”

I could feel Brax laugh, his mouth moving behind my hand as he nodded up and down.

“Great, where is he?” I continued.

Brax just raised an eyebrow as I waited for his reply. I realized why he wasn’t answering and quickly removed my palm from his mouth.

Those velvety words streamed from his mouth, well, actually, were hollered, but my mind wanted to imagine it another way. Stupid man! He had no idea what he did to me. It took a lot of effort to act as if his presence didn’t affect me. Every. Damn. Day.

I hit him in the stomach. I wasn’t falling for his smoothness this time. Other girls would, but I’ve been living next to him for years and have heard it all before.

“Knock it off. Now hurry up and tell me where Goatee Guy is,” I demanded, entirely over the conversation already.

Brax peered around me before leaning over my shoulder to whisper something in the woman’s ear behind me. I knew then what being the meat in a sandwich felt like and it was pretty darn uncomfortable as my backside pushed into her front. Nevertheless, she didn’t seem to care as she giggled girlishly into my ear.

Brax stood up straight once more and flung an arm around my shoulder, pulling me away from the side of the club and making way for us through the crowd. As we reached the bar, I pushed his arm off and away and took a seat on a vacant stool. His two arms placed themselves on either side of my body, caging me in as I waited for one of the bartenders to take my order.

“First off, his name is not Goatee Guy. He’s my brother and his name is Thomas. But I’ll let him know what you call him. And yes, Thomas is here,” Brax whispered in my ear. If that bar wasn’t holding me up, the floor and I would have been quite acquainted.

“So, where is he then?” I managed to groan out. I hoped I sounded annoyed and not super flustered, which is what I was feeling with his uber-close proximity.

“I don’t know. I’m not his keeper, but he’s here somewhere,” Brax snorted. “Why is it so important to get him here anyway? I mean, don’t get me wrong, I love hanging with my baby bro, but you were adamant he had to come tonight, which makes me think you’re up to something,” Brax spoke into my ear again.

I couldn’t take it. Screw the drink, I needed fresh air A.S.A.P. Ducking under his arm, I pushed him out of the way and made a beeline for the beer garden. But as I pushed open the glass door, I felt the impact and heard, “Argh!!!” Oh God, I’d pushed the door straight into some poor guy’s nose!

I let go of the door and brought my hands up to cover my face, too scared to look. Oh God, oh God, oh God. I felt the chilly gust of air as the door was flung open again. Taking a peek out through the crack between my fingers, I saw none other than Goatee, I mean Thomas, holding a hand over his bleeding nose.

Grabbing him by the shirtsleeve, I took the lead and began pulling him as fast as I could through the crowd and towards the back offices where I knew Damon kept his first-aid kit. Being accident prone, I had to know exactly where he kept the medical supplies. Usually, I was fine—it was other people that really needed to steer clear of me completely or give me a tremendously wide-berth.

As we walked along the corridor, the perfect opportunity presented itself—May was just coming out of the women’s bathroom. That’s when I decided to push Thomas in front of her.

“May, you have to help him! I’m freaking out about all the blood.”

“Oh, jeepers. What happened?” May asked urgently, trying cautiously to peer behind Thomas’ hands to inspect the damage.

“I happened. I pushed a door into his face, which, mind you, I’m going to have to talk to Damon about the dangers…”

“Yes, you do that, Jess,” May cut my rambling. She grabbed Thomas and led him to the end of the corridor and through the door into the office.

I watched them disappear and couldn’t help but smile. Plan “Help May Find Love” was officially in play! Damn, this whole matchmaker thing was working like a charm. Maybe I had found my new calling—Sparkles the Matchmaker fairy.

The sad thing was I had no idea exactly what was about to be set in motion. 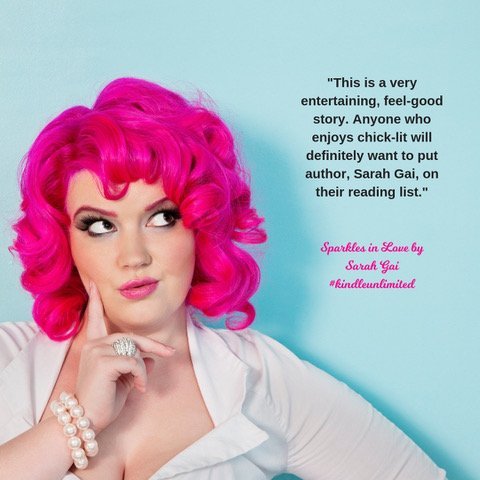 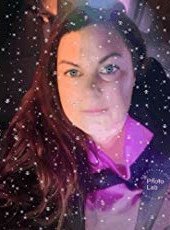 About the Author
Wow! How do I sum up my life? …. Well, I’m a mother of Three little princes who light my life. A wife to a very patient husband who puts up with my hectic thinking. A completely imperfect woman who sees the grace of God everyday. Especially when I toe the lines with my writing. I don’t give you fairytales, I bring a lot of the real world into my stories. A tattooed, plus size, coffee drinking, wears her heart on her sleeve, incessant chatterer!

My love is writing and reading fiction. I’m also one of the world’s worst cooks, but I love food!

As for being an Author, I seriously can not pick a Genre and stick to it. Yes, i’m pretty mixed up. I need comedy, tear jerkers, flawed characters, a little adventure and a big escape. So, I write it all!!!