Welcome to the book blitz for THE LAST HUNTSMAN, a stand-alone young adult fantasy romance, by Page Morgan.  See below for information on the book, buy links, an exclusive excerpt, and details on her giveaway. 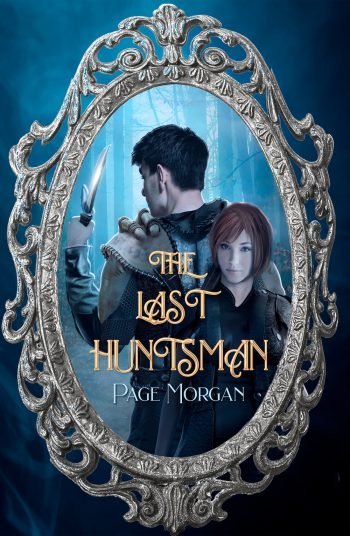 THE LAST HUNTSMAN by Page Morgan

Synopsis
No women. No children. No torture. The Huntsman has his rules.

For years, Tobin has done his emperor’s bidding, eliminating threats to the Empire of Morvansk. But when he is ordered to kill the lovely Princess Mara, Tobin’s absolute loyalty ends. The emperor’s punishment is swift and lethal, and Tobin is left with only one desire: vengeance.

Stay quiet. Stay hidden. Stay free. These are the rules Ever lives by.

Raised as a boy by her overprotective father, Ever has something the Morvansk emperor covets: mirror magic. With it, she can see anyone, anywhere, through the mirror’s glass. The emperor stole her mother years ago for this same magic, and now, he wants Ever, too.

When Ever’s mirror shows the wounded rebel huntsman approaching her village, she’s compelled to help him. But as Tobin and Ever grow closer, and their secrets intertwine, they’ll have to follow the rules they’ve always lived by—or break free from them, once and for all. Excerpt #2
My legs slowed. He’d been on Princess Mara’s mind the night before she was murdered. A huntsman should have been well beneath her notice. How had they known each other? I shook my head. It wasn’t my business. And with the mark of Morvansk on his shoulder, it would be best if I knew nothing more.

I climbed to the loft, determined to give the huntsman shelter for just two days and then send him on his way. If Frederic did invade Klaven, having a member of his royal court under our roof would be a stupid risk.

The huntsman was crouched in the shadows of the eaves. At first sight he looked to be lacing his boot, but I then saw him push a blade back into the boot’s built-in sheath and cover it with the hem of his borrowed trousers. He straightened his legs and hitched up the pants. My father’s waistline was far wider than his.

“I didn’t expect you back so quickly,” he said in a rich, deep voice, so different than yesterday’s raspy stammering.

“I have chores to tend to.” I hoped I sounded indifferent as I crossed the loft and held out the bag. He took it with a small bow of his head. He stood with his back to the mirror. I’d cut away some of the canvas cover the day before for bandages, leaving a corner of the silver filigree frame exposed.

He opened the bag and peered in without revealing just how hungry he was; I’d heard his stomach churning earlier as I’d sewn his wound.

“Everett,” he began, closing the top, “how did you come to be in the woods yesterday? Were you hunting with the hounds?”

I hadn’t expected the question.

“Yes,” I answered after a moment, then remembered I didn’t have a hound to show him. “On my own though. I hunt on my own.”

There was a break in his earnest expression, a small twitch of his mouth. “Are the rabbit plentiful here?”

He wrapped the mouth of the potato sack around his good wrist. “And the quail?”

“Quail? Sure,” I said. He bit down on an amused smile. What? Couldn’t any idiot land himself a quail for dinner?

The huntsman set the bag of foraged food on the quilt, which he had neatly folded.

“Tell me what you were really doing in the forest. You don’t hunt, Everett. If you did, you’d know there aren’t any quail out there.”

Oh, perfect. I’d lied about hunting to a hunter.

The mirror’s filigree frame loomed behind him. I’d never told anyone, and definitely would not let loose with my secret with a marked Morvansk court member.

“It’s none of your business what I was doing in the forest,” I replied. “You should just count your blessings that I was, and that I saw you spinning with the current and decided not to let you drown.”

Harsh. Too harsh. I had something to hide, and he saw it clearly as he nodded and licked his lips. His top lip, I reluctantly noticed, arched into two, sharp crests. Did men usually have lips like that?

“You’re right,” he finally said. “I’m lucky you were there.”

“It’s your turn,” he said. I tilted my head, uncertain what he meant. “To ask a question. You removed my shirt. I assume you know what the tattoo on my shoulder means. You must be questioning what I was doing in a Klaven forest.”

I knew more than he was aware of. The idea of that made me feel as though I had an advantage, though I didn’t know what it was.

“You don’t owe me an explanation,” I said, even though it was the complete opposite of what I wanted. I’d been curious about him, drawn to his image in the mirror, fascinated by him. It had been naïve of me, and standing before him now, I felt as much.

The huntsman gently massaged his bandaged arm. “Then I suppose you don’t need to explain why you’re pretending to be a boy.”

I stepped backward. “I didn’t intend to.” 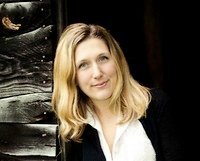 About the Author
Page is the author of THE BEAUTIFUL AND THE CURSED, THE LOVELY AND THE LOST, and THE WONDROUS AND THE WICKED, young adult gothic thrillers critically acclaimed by Booklist, Publisher’s Weekly, Kirkus, School Library Journal, VOYA, and The Bulletin. Page‘s novels have been an IndieNext selection, a Seventeen Magazine Summer Book Club Read, and a #1 Amazon bestseller. Her next book, THE LAST HUNTSMAN, is a reimagining of the Huntsman and Magic Mirror from the tale of Snow White. She lives in New Hampshire with her husband and their three daughters, an English Pointer, an arrogant cat, two boring bearded dragons, a one-eared bunny, a bunch of chickens, and during the summer and fall, their neighbor’s two sweet horses.